The latest rumors out of the DigiTimes (a hit-or-miss Chinese blog focused on Apple supply-chain news) claims that Apple is not working on a larger, cheaper version of the iPhone for this year, but rather that it will debut two new 4-inch models of the smartphone.

But before we delve any further, let’s remember that this is simply the retraction of one rumor for another, and we know very little until Apple unveils its new products officially. However, it never hurt anyone to speculate a bit.

Let’s start with the original rumor of a larger, cheaper iPhone model, and work our way to the latest information we have. 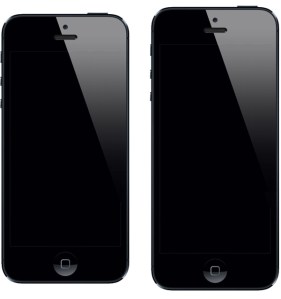 According to DigiTimes, the original sources who leaked this information weren’t entirely wrong. Apparently this larger model is in the works, but won’t launch this year. It’s unclear if this larger phone will indeed be aimed at a cheaper demographic as originally reported.

The latest numbers show that Apple seems to be doing fine in the U.S., both in market share and general sales, but Android still continues to dominate in Europe and in emerging markets. If this bigger, cheaper iPhone is in fact intended for emerging nations, it would at the very least be in line with Apple’s goals to capture new smartphone adopters.

Since Android manufacturers have been slowly and steadily increasing screen size as Android’s market share grows, it’s fair to make the logical leap to a larger phone as well, though it seems way outside of Apple’s usual MO. Then again, the iPad mini seemed pretty unlikely for a long time, too.

Apple has one of the most profitable businesses in the industry, because it manages to make its older devices the perfect products for that same emerging market/new smartphone adopter demographic. Prices drop down to $100 on-contract in the States, and depending on the market, certain areas also get price cuts on older models. This keeps costs low for Apple, since it only develops and distributes one smartphone per year, while still adding some sort of low-to-high-end pricing model to the portfolio.

Building a new phone that would carve away from sales of older-gen iPhones doesn’t seem like Apple’s style. Plus, the cost of developing a phone with a larger screen is greater, so selling it for a lower price would cut into Apple’s profitability.

Oh, and let’s not forget how long it took for Apple to budge from the 3.5-inch screen size. I wouldn’t expect any more concessions on size anytime soon.

The word on the street is that Apple will introduce two new iPhone models this year instead of one. Both are said to feature 4-inch displays with in-cell touch-panel technology.

Apple has had a long history of offering a clean, uncluttered product portfolio.

Only recently did the iPad 4 creep up as a slight spec bump to the iPad 3, and the iPad mini was unveiled shortly after the iPhone 5. For the first time, Apple is diversifying its offerings a bit, and the reason for this may simply be the Lightning connector ecosystem rather than beefing up product offerings.

The iPhone, arguably Apple’s baby and most profitable product, will likely be the last to diversify. But, it’s not all that difficult to stuff iPhone 5 parts into a plastic shell instead of an anodized aluminum shell and sell it at a slightly lower price. It’s plausible, and even logical, but I wouldn’t say it’s something to count on.

As I said, Apple may be starting to diversify its lineups across different products, like the iPod and iPad, but that doesn’t mean the iPhone necessarily needs the same kind of diversified models.

The Second iPhone Model Will Have Plastic, Colorful Casing

According to previous non-DigiTimes reports, if Apple is releasing a second iPhone model alongside the expected iPhone 5S, it will feature a plastic casing as opposed to the anodized aluminum on the iPhone 4 and/or Gorilla Glass on the iPhone 4/4S. The reports are conflicted, as some think the back will still be made of anodized aluminum with a plastic or rubberized bezels, whereas other rumors suggest that the entire back casing will be made of plastic. It might even come in different color flavors, including unique phone cases. 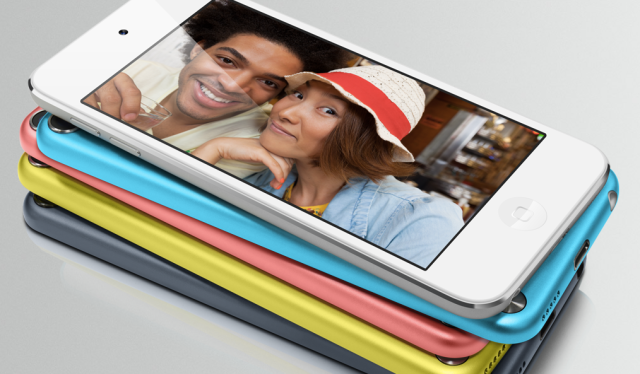 It’s hard for me to get on board with a plastic iPhone model, for reasons listed both above and below.

However, I wouldn’t completely discount the idea of colorful iPhone models. It seems to be working well for the iPod family of products, though remember that the iPod touch is still an aluminum (not plastic) device. Color flavors also make sense in a world where Apple has gone from being the black sheep to a massive, “baa”-ing herd of sheep.

With a closed ecosystem and only two color flavors, it makes sense to let Apple consumers try to differentiate themselves in some way, shape or form. Color seems like the most cost-effective way to let consumers have a little control over their devices without giving them any real control at all beyond choosing a color. It worked for white, right?

Carrying an Apple device is a status symbol. That symbol has depreciated in value a bit considering that Android flagships compete (and sometimes beat) the iPhone in features, specs, etc., and that iPhones are everywhere these days. A noticeable lack of plastic on Apple’s iDevices plays a big part in achieving this level of status.

Sure, the whole point of introducing a plastic iPhone is to lower the cost to consumers, but Apple is historically unwilling to sacrifice on its products for any reason, even if it means more users.

While I’ll humor notions of color options for the next iPhone, I highly doubt we’ll see any plastic in the coming months out of Cupertino.