A new Moneytree report is being released this evening, showing that annual VC investment dollars have declined for the first time in three years. The study, which was conducted by PricewaterhouseCoopers and the National Venture Capital Association (NVCA), and based on data from Thomson Reuters, reports that there were $26.5 billion put into 3,698 VC deals in 2012, a decrease of 10 percent in dollars and a 6 percent decline in deals over the prior year.

For the fourth quarter, venture investment of $6.4 billion into 968 companies fell 3 percent in dollars, but rose 5 percent in deal volume over Q3 2012. While the numbers differ slightly, this data is in line with a similar report released earlier this week from CB Insights. 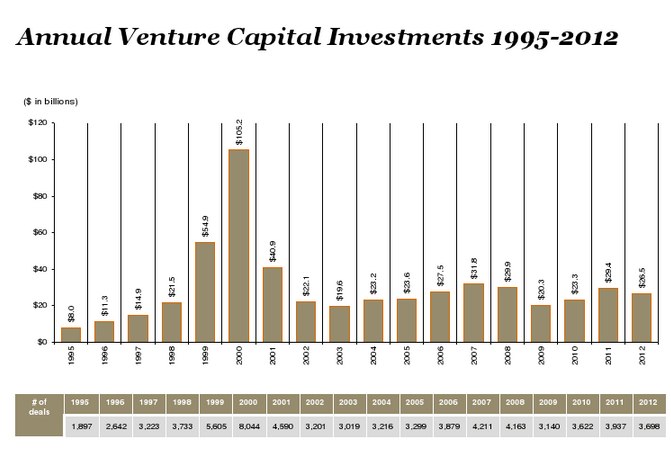 Most industries saw double-digit decreases in investment dollars, especially the Clean Technology and Life Sciences sectors. However, the software sector actually saw an increase this year in dollars invested. Additionally, stage of investment shifted from Seed to Early Stage in 2012 as venture capitalists overall began engaging with companies later in their life cycle than in previous years. 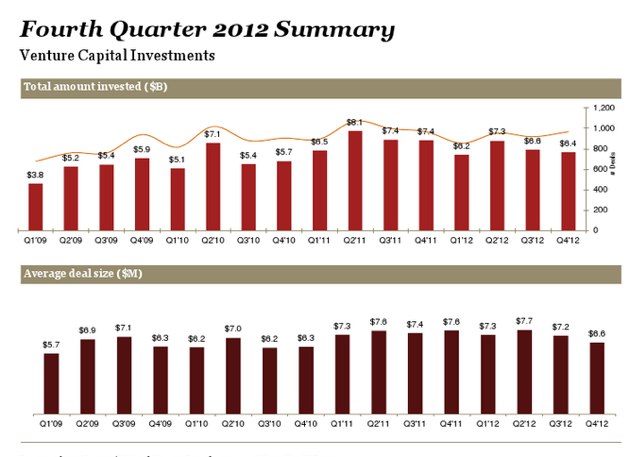 “As some expected, 2012 investment levels are less than what we saw in 2011. And, we’ve seen nearly a third fewer dollars going into even less Seed Stage companies during that same time. As the number of new funds being raised continues to shrink, venture capitalists are being more discriminating with where they’re willing to place new bets. At the same time, they’re holding on to reserves to continue to support the companies already in their portfolio. Both of these factors are taking a toll on the amount of capital available for young start-ups, which is reflected in the 38 percent drop in the number of Seed Stage companies receiving VC dollars in 2012.” 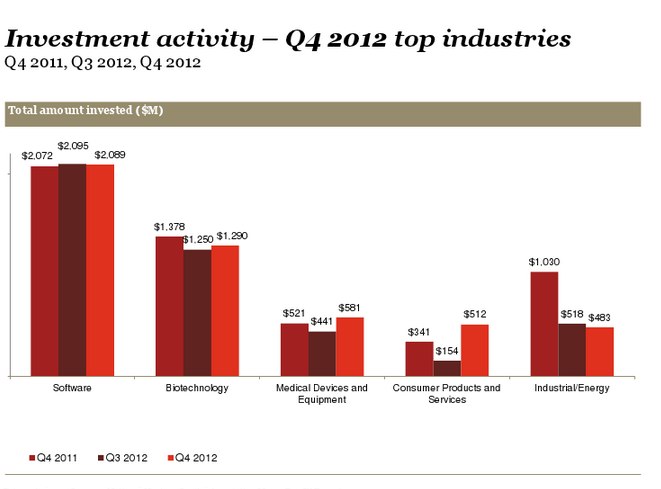 As we mentioned, the Software industry maintained its status as the largest investment sector for the year, with dollars rising 10 percent over 2011 to $8.3 billion, which was invested into 1,266 deals, an 8 percent rise in volume over the prior year. This represented the highest level of investment in the Software sector since 2001.

Investment in the fourth quarter of 2012 remained flat in dollars but increased 17 percent in deals from Q3 with $2.1 billion going into 368 companies. Software was also the No. 1 sector in Q4 for dollars invested and number of deals. 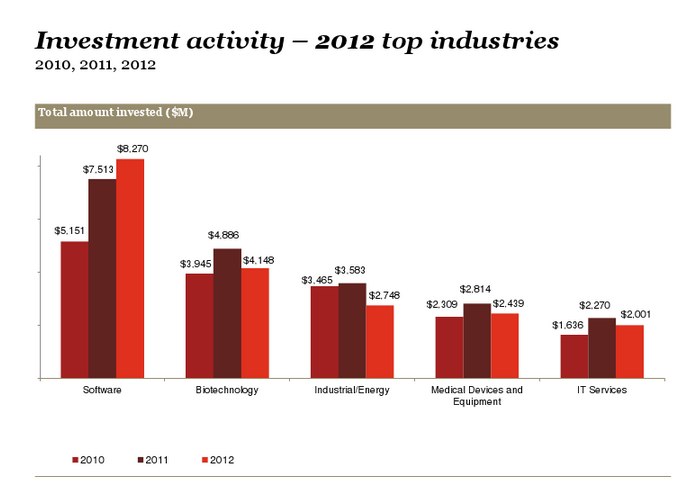 Internet-specific companies experienced a 5 percent decline in both dollars and deals for the full year 2012, with $6.7 billion going into 976 rounds compared to 2011 when $7.1 billion went into 1,033 deals. Interestingly, this year marked the second highest level of Internet investment since 2001. 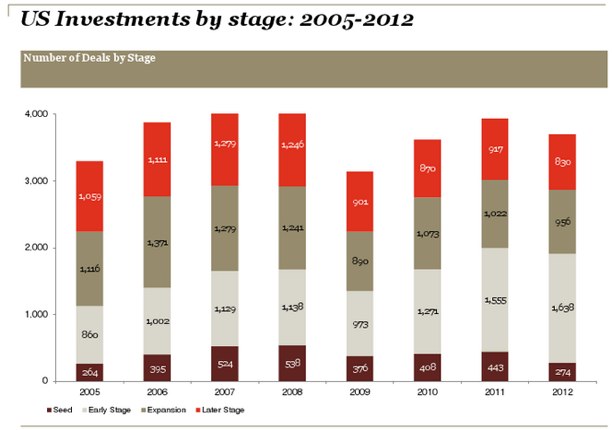 Biotechnology investment dollars declined 15 percent with volume flat in 2012 to $4.1 billion going into 466 deals, placing it as the second largest investment sector for the year in terms of dollars and deals. The Medical Device industry fell 13 percent in dollars and 15 percent in deals in 2012, finishing the year with $2.4 billion going into 313 deals.

In terms of stage, investments into Seed Stage companies decreased 31 percent in terms of dollars and 38 percent in deals with $725 million going into 274 companies in 2012, the lowest annual seed dollars since 2003. This is interesting considering the CB insights report said that Seed deals experienced a high in terms of deals and dollars. The difference in data may be attributed to the Moneytree report only calculating VC firms, and not integrating seed deals from individual investors. 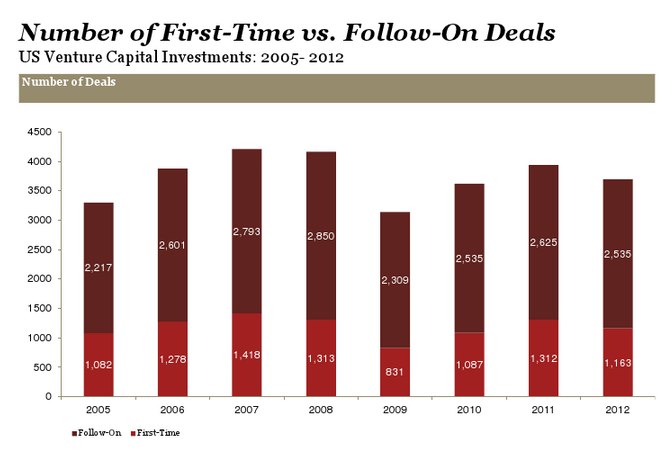