A former Funzio executive and a former Google product manager are trying their hands at the mobile gaming world again. Jamil Moledina, who was a vice president of business development at Funzio, and led EA’s publishing efforts, has partnered with ex-Googler James Kelm to start Wormhole Games.

They expect to launch their first title in the second quarter of this year. While they aren’t giving a sneak preview of the game, expect it to also be in the midcore segment that Funzio targeted.

“We’ve put a lot of thought into genres that have many years of success that have been underrepresented on mobile app platforms,” Kelm said, who pointed to examples like NaturalMotion’s CSR Racing, which has been one of the best-known racing games on iOS.

Kelm was previously a senior worldwide product planner at Apple for the iBook, and then became a product manager at Google working on mobile advertising, commerce and payments. He later joined Funzio, which was acquired by Japanese gaming giant GREE for $210 million. 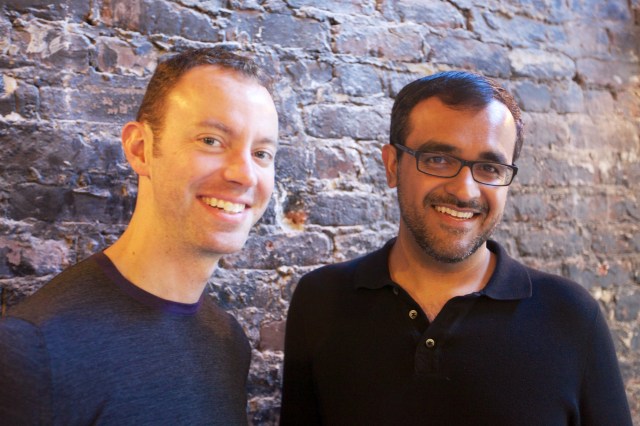 Moledina said he knew he wanted to go back into gaming after leaving Funzio. He’s served on the board of the International Game Developers Association and was a director of business development for EA Partners, part of the company’s publishing efforts.

“This industry is my passion,” he said. “I’ve had a great deal of traction in it and it would be a waste to leave it unexplored.”

Wormhole currently has six full-time employees, including a founding engineer from LOLapps and a designer from Zynga. The company has raised a “friends and family” round.

Even though Moledina was an entrepreneur in residence at Signia Ventures, the financing vehicle led by Playdom co-founder Rick Thompson, he says he hasn’t taken funding from Thompson (who backed Funzio).