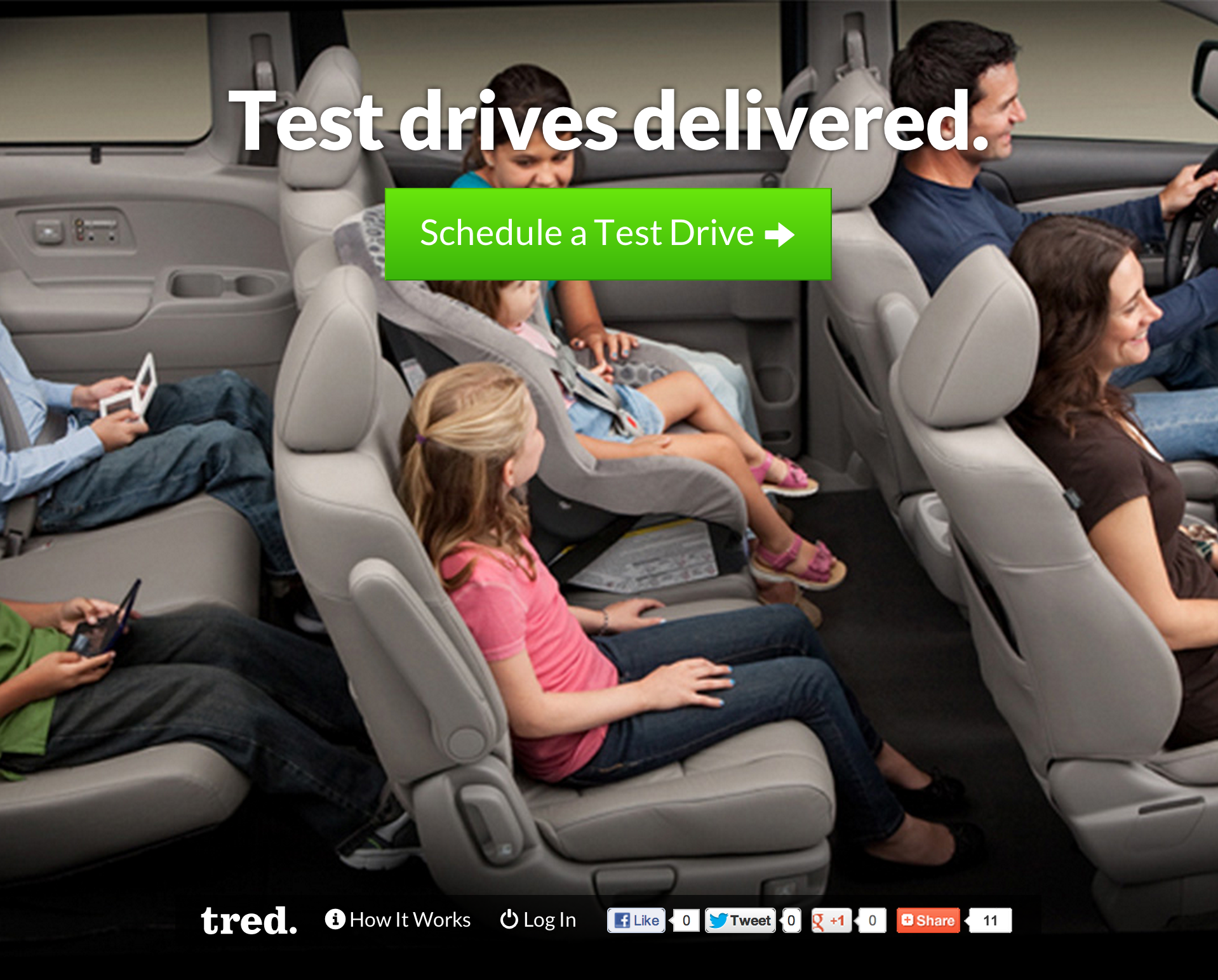 The startup aims to compete with showrooms and car manufacturers that already allow shoppers to test drive autos outside of the showroom at “ride and drive” events and likens itself to an Uber for test drives, “with a twist of Zappos.” While car manufacturers and dealerships are ultimately biased by brand and sales goals, Tred co-founders Grant Feek and John Wehr argue that Tred is impartial — allowing you to pick from a variety of makes, models and types of cars using its selection and scheduling interface. Tred employs a group of full time and part time delivery people/concierges who will then deliver the car, or multiple cars, of your choosing to your doorstep.

“The car industry hasn’t always jived with third-party innovators,” Feek says. “Fortunately, our investor base is ensuring that Tred works as well for dealers and manufacturers as it does for shoppers. In fact, our automotive partners in the Pacific Northwest inform every aspect of our process.” 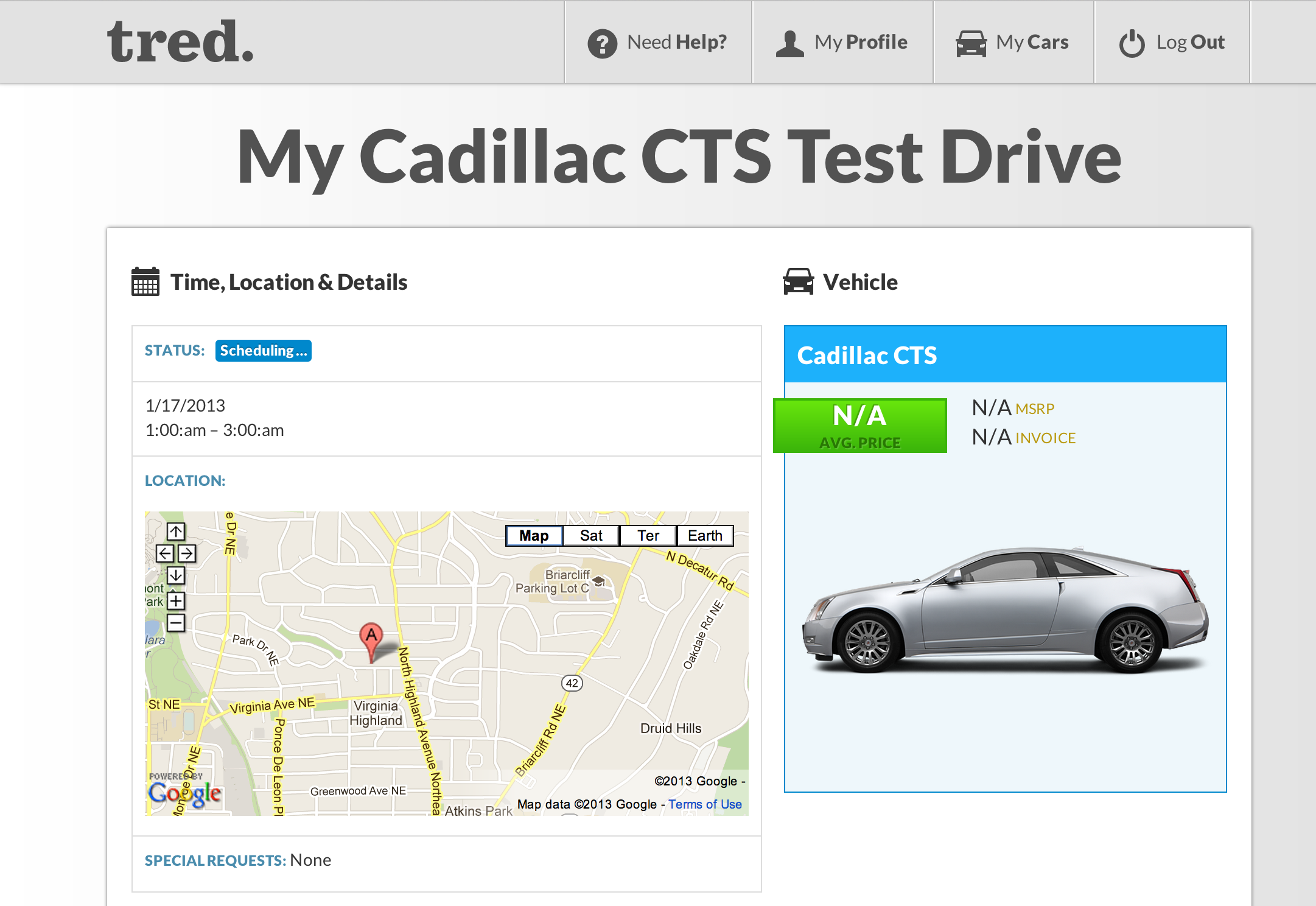 Feek actually has a lot of familiarity with the car dealership and test drive space, having worked in one over summers during high school and college. “Many shoppers (particularly families with kids, car seats and strollers) dread the logistical strains of visiting dealerships, which are often located on the outskirts of metro areas,” he says. “Some of our early shoppers had been ‘in the market’ for months, but had yet to visit a single dealer – until they heard about us.”

Other fun facts about Grant Feek: He has a Harvard MBA, we actually went to school together at USC before this, and he was actually buying a car himself at the time of this interview — and yes, used Tred to do so.

The startup, which is experiencing an 83% sale conversion rate on existing customers, will be using the money to experiment with customer acquisition and demand in addition to developing its mobile app. “We have some indication that the unique nature of our offline+online experience is sticky, and that the test drive presents an exciting content opportunity, but we still have a lot to test (around customer acquisition).

The company, which monetizes by taking a cut of a car’s price if there’s a sale, plans on launching in Seattle in the spring. “We’re laser-focused on delighting families shopping for new cars in Seattle,” says Feek. “We had been planning to mass-produce electric vehicles and commercialize space flight, but someone beat us to it.”