Venture capital database CB Insights is releasing a new report today on the state of the VC industry and investments in 2012. For the year, $28.3 billion was invested by venture capital firms in 3,267 deals. However, it’s interesting to note that while seed VC funding hit highs during the year, overall investment fell from 2011’s $30+ billion level. And VC funding actually dipped for the second consecutive quarter in Q4 2012.

After Q3 2012’s deal activity levels (these were the highest since the dot-com days), Q4 stayed strong on a number of deals, which dipped slightly from 835 financings to 834 in the quarter. Funding in Q4 fell for the second straight quarter coming in at $6.8 billion. Funding slipped 7.5 percent from 2011 but still remained up 36 percent versus 2009. 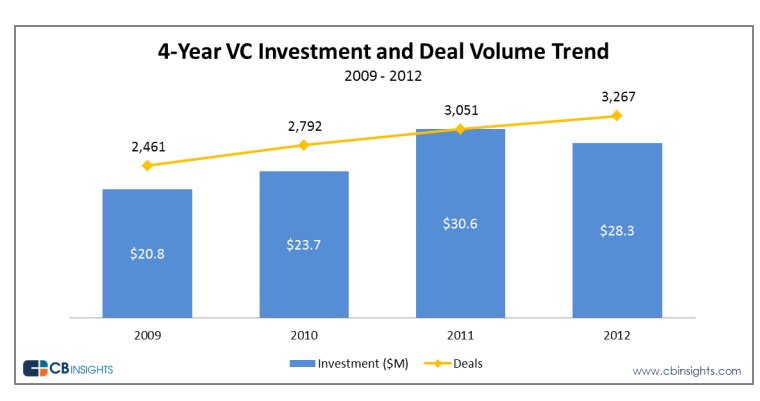 Seed funding, which hit record levels in Q3 2012, still saw a strong quarter in Q4 2012, posting the second highest quarter for seed deals. It looks like the Series A crunch may not have taken full effect yet, as Series A deals saw the highest percentage of VC funding in the last five quarters. 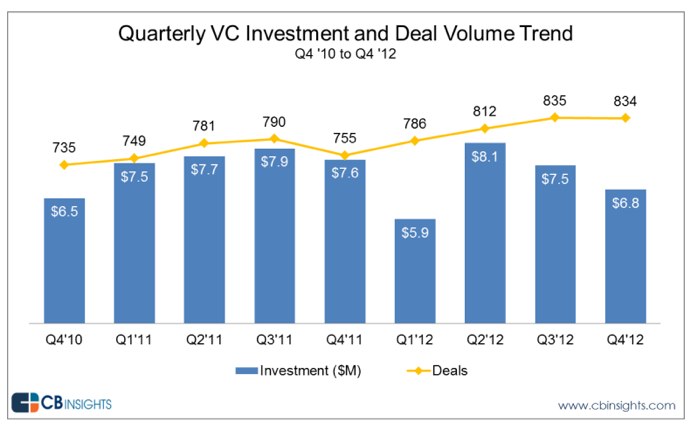 New Enterprise Associates leads all VCs as the most active investor in 2012. Based on activity, Kleiner Perkins, Google Ventures, Andreessen Horowitz and First Round Capital all followed NEA, respectively. 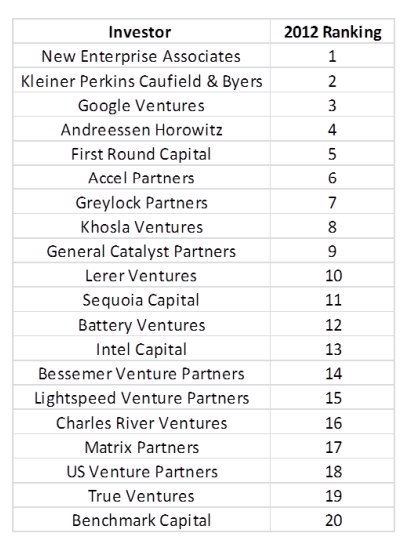 California, Massachusetts, New York, Washington and Texas were the top five states for VC in Q4, but overall, 38 states saw VC investments. Deal activity and funding hit five-quarter highs for both New York and Massachusetts while funding to California companies dipped to a five-quarter low and New York saw over 100 deals in the quarter with mobile and Internet-focused companies seeing almost 80 percent of both deals and funding. 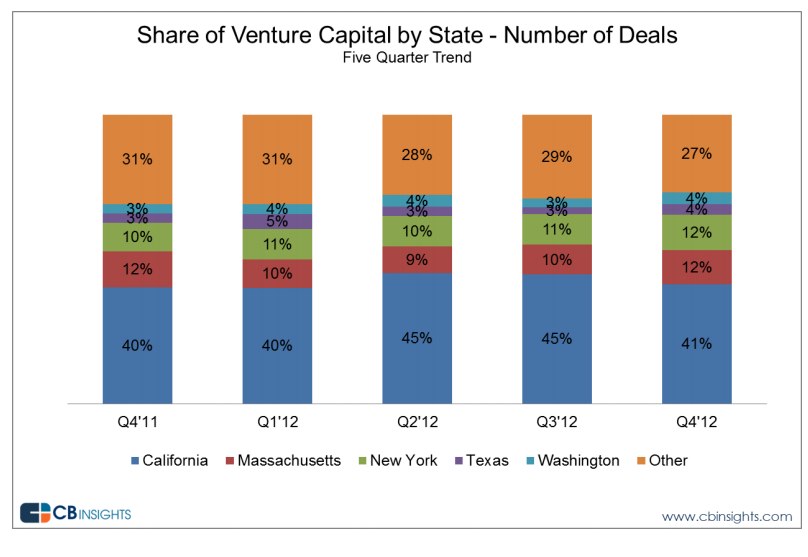 In terms of sector, mobile saw a five-quarter high in deal activity in Q4. Mobile CRM was the biggest area for deal activity, with wireless technologies the winner on the funding front. The Internet sector actually fell and hit a five-quarter low on funding.

While there wasn’t data that supported the Series A crunch for Q4 and 2012 overall in the report, CBinsights says that Q1 and Q2 2013 will be the quarters that could reflect a strong pullback from investors. 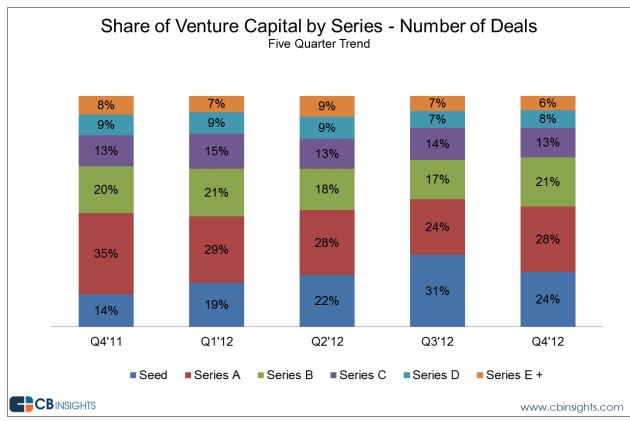