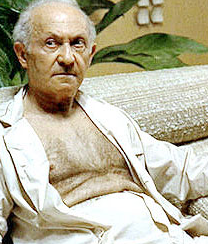 Here we go again. There is a CONFLICT OF INTEREST in the tech news media. Well I just can’t believe how this could happen in an industry that pays bloggers to review products from companies that then get advertised on those bloggers’ websites which pay those bloggers’ salaries … Ohhhhh.

This time the victim of the business we’ve chosen is CNET.* CNET’s parent company, CBS, is in a lawsuit with Dish DVR, because it allows you to skip the commercials when you DVR content. Because this function is actually awesome, CNET, which purports itself to be a vehicle for outstanding technology, nominated the Dish Hopper DVR with Slingbox for its “Best Of CES” awards.

Then, because some CBS lawyer sent an email asking for a repeal of the nomination, and someone at CNET made a pretty bad decision to run with it, poof, that nomination was gone. In its place was the unprecedented disclaimer: “We will no longer be reviewing products manufactured by companies with which we are in litigation with respect to such product.”

I am pretty sure this repeal or the disclaimer didn’t sit well with CNET editorial staff. Because it makes them look like pussies. And, as an easy meta story, it seriously damages the value and integrity of their site. You, readers, trust us to cover technology in a transparent way in order to help you make informed choices about what to buy and where to invest or not. For an editorial publication, losing trust with you, readers, is a bigger blow than our parent company losing a lawsuit.

The power dynamic is pretty whack. Many have argued that by endlessly proliferating product announcements and reviews, tech reporters are basically just writing commercials for the companies they cover. Despite, or perhaps because of, this, the industry also continues to be plagued by the attitude that writers are somehow immune to the system’s flaws. As CNET’s strife proves, we are absolutely not. By covering technology and the bumpy road of innovation, we’re covering ourselves, and, because of the observer effect, that impacts both ourselves and the process.

It’s likely that the CNET award or a positive review could increase the overall value of Dish during the trial and could affect the trial’s outcome. CBS’s legal team could be saying, “How are we going to prove to the judge that Dish is garbage in our lawsuit if you’re giving them an award?! (We want you to give us an award, too!)”

Still, caving to corporate editorial pressure is bad news bears. The only time I’ve ever not written something I wanted to on TechCrunch was because I was asked not to by one of our writers and NOT Aol legal or Tim Armstrong (who apparently isn’t the biggest fan of my work). Just suck the conflict of interest up, CNET. We have so many COIs here at TC that we have to disclose them in every post and every one of our CrunchBase profiles, which isn’t necessarily the optimal solution, but it’s a start.

If I were Lindsey Turrentine, the CNET Reviews Editor, I would find a way to give the Dish DVR its nomination back (they actually posted a review before the corporate order not to), just to prove editorial independence. Seriously: You get fired? All of a sudden you’re the biggest badass in tech journalism and can write wherever you want. You don’t get fired? Your team and readers respect the pants off of you and you live to blog another day.

*Disclosure: CNET could be considered a TechCrunch competitor. Until they give the nomination back, not in my book.

Update: I originally published this post as “Just Post The Damn Dish DVR Review, CNET,” not counting the review it published before the nomination got pulled and the corporate mandate. Because of the confusion, I changed my headline, and some of the thrust of the post, but not before CNET tweeted back: “We did.”

Is this, as Rafat Ali pointed out, a sign of open revolt? 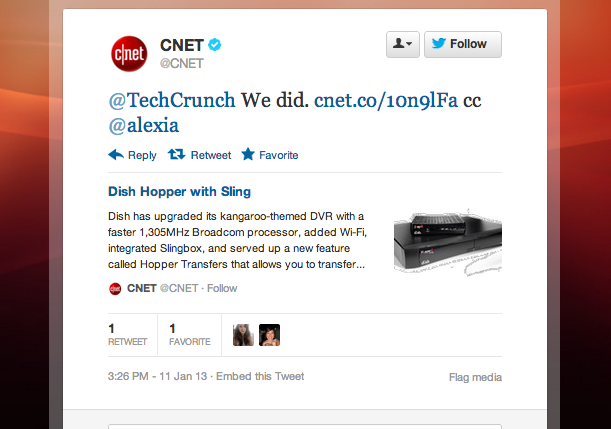 Images via and via.