Twitter today has upgraded its Tweetdeck for Mac app, which now offers the same features that Chrome users received in mid-December. This includes “typeahead” and PeopleSearch additions, as well as the “embed this tweet” function, and more. The company says there are over 90 fixes and tweaks with this version, making it the largest update Tweetdeck for Mac has seen since October’s overhaul of the app’s design and personalization features.

For Chrome users, today’s upgrades will be familiar. “Embed this tweet,” for example, arrived December 12 to the browser, offering users easy access to copy the embed code directly from a tweet in Tweetdeck in order to paste on a website or blog. This option is available in a drop-down from the “More actions” menu on the tweet, next to the reply, retweet and favoriting buttons. 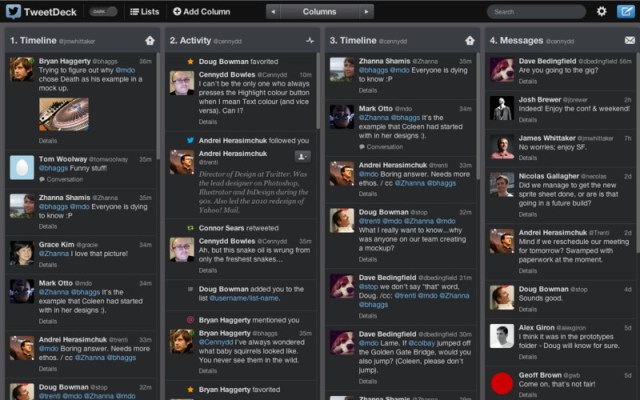 The search improvements – typeahead and PeopleSearch – came to Tweetdeck for Chrome in mid-December as well, the former being a smart, autocomplete option that helpfully provides suggestions of possible search terms, with user suggestions below. You can also click over to the Users button to see all the user account matches (aka “PeopleSearch”) from here, too.

Now these features are available for Mac users, as is a new option that allows you to reduce the multi-column window to just two columns. This is nice compromise for those who usually prefer the simplicity of the standard Twitter for Mac user interface, but who may occasionally want access to the larger dashboard Tweetdeck offers, or its other advanced options like filters and notifications.

Thanks to last fall’s update to the user interface, too, Tweetdeck no longer has to be viewed in the harsh, darker color scheme it had previously offered – it can now look more like Twitter’s main Mac app with a white background instead. 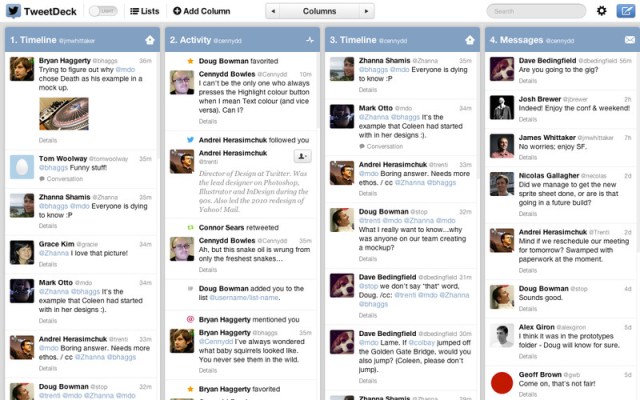 The updated Tweetdeck is a free download from the Mac App Store.