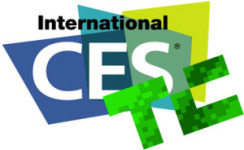 CES is in full force and TechCrunch is in the middle of it all. Literally. Our massive broadcast booth — it looks like a greenhouse — is in front of the Las Vegas Convention Center. And coming up at 1:00PM PST is the second episode of TechCrunch’s Gadget Live webcast.

After a quick recap of the morning’s live streaming video coverage, Lytro is going to take the stage to discuss the latest developments regarding its breakthrough camera. Oh and they’re giving one away live on air.

Folllowing Lytro is an interview with Indiegogo, the crowdfunding marketplace that is fueling much of the innovation we are seeing here at CES 2013.

The event kicks off at 1:00PST/4PM EST live. Tune in and maybe win a Lytro.