With Microsoft pulling out of the Consumer Electronics Show and Apple nowhere to be seen, this year’s event has become a huge opportunity for other companies to have a major onstage moment. With more than 150,000 people in attendance and millions of people watching remotely, CES is the opportunity of the year for a company that isn’t necessarily known for its press conference prowess.

Verizon’s Lowell McAdam had the eyes and ears of millions of people during his keynote, and to keep the attention of so many for 90 minutes, he had to tell a narrative that went beyond “We have a really sweet and super speedy network.”

Last night, Qualcomm’s opening keynote focused on a new campaign called “Born Mobile.” The basic idea behind it is that kids these days use their phones more than desktops and that Qualcomm is ahead of the curve in understanding that and catering to it. This narrative ended up biting Qualcomm in the ass, since it proved just how out of touch Qualcomm is with the younger generation. Ironic.

So what is the narrative tonight, with Verizon? Verizon is going to save the world.

The keynote began with a video posing the world’s toughest and biggest questions: Why is video so much harder than email? Why can’t we leverage digital technology in the classroom when it clearly increases student engagement?

And then it gets even more serious.

Why don’t first responders and emergency teams have the very best technology available to help save lives? Why do we constantly hear about global warming and never see any action? There was even a guy in the video complaining about his 60-plus-year-old mother needing a ride to the hospital once a week – since the senior citizen community is growing rapidly. 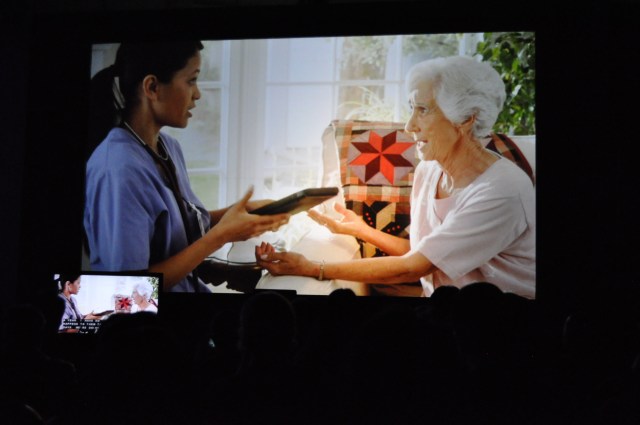 The music in the video was more dramatic than “My Heart Will Go On” at the end of Titanic, and the quick cuts and editing style of the video rivaled the suspense and peril of The Day After Tomorrow. 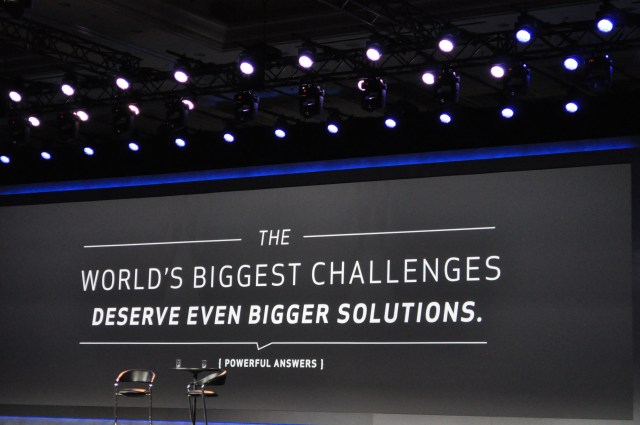 Nothing like kicking off a keynote with a video montage of really sad-looking people. #Verizon #CESCrunch

This narrative — the notion that Verizon is saving the world — is actually a pretty smart one. The questions posed above and in the video are true challenges to the future of our planet. And if anything could serve as a solution, it’s a more connected world.

The only hitch in the plan is the extreme swing from peril, real-life danger, and doom to the NFL’s Mobile application and Ford’s latest connected car solution.

In an attempt to answer those questions, McAdam started off by introducing a platform called Golden-I. It essentially powers the devices that help firefighters respond to emergencies, giving them access to building schematics, firefighter biometrics, and infrared sensors to detect movement within a smoky fire. Verizon supports Golden-I’s connectivity.

The video package for Golden-I ended with the following words: “Now we can save lives.” 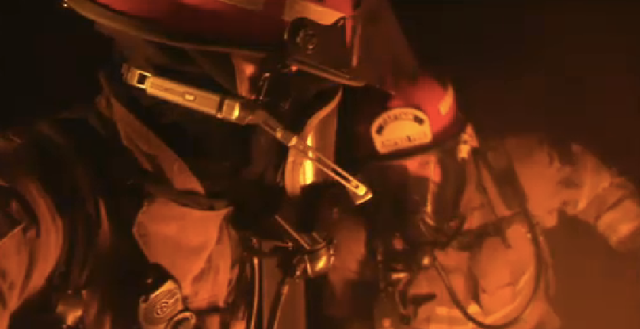 Unfortunately, we went straight from saving lives in burning buildings to NFL’s mobile presence. Verizon helps the NFL serve up video to mobile devices. It’s super important. You might even say it’s a “powerful answer” to one of the “world’s biggest challenges.” 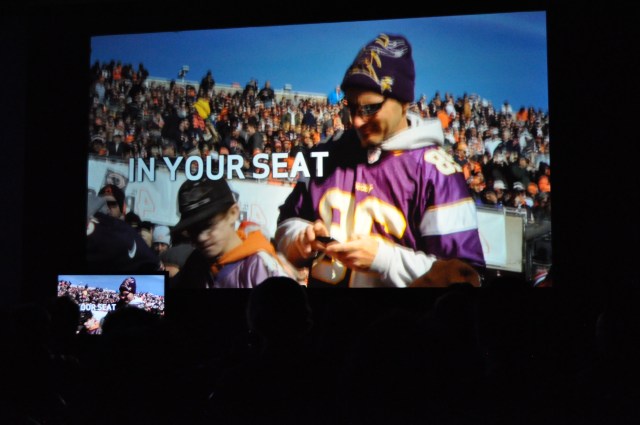 This bit of the keynote spoke very briefly about EVs and decreasing carbon emissions. But it’s all good. When the world implodes from the added weight of our disgusting and unending pollution, you’ll be able to tweet about it and maybe even Instagram a picture of it directly from your car. 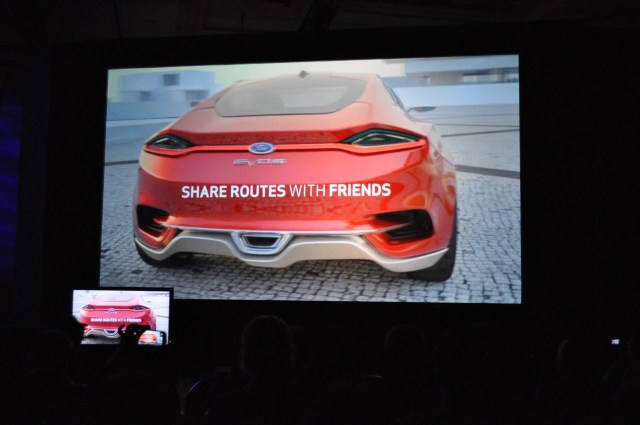 Just as a pendulum swings, we went from saving lives, to watching football in an Internet-connected car, back to the healthcare industry. I honestly don’t know how to feel.

McAdam explained how we now spend $3 trillion per year on healthcare, which should increase more than 5 percent a year. In fact, healthcare consumes 19 percent of the federal budget, more than any other item, and yet American health declined by 70 percent compared to the 90’s. 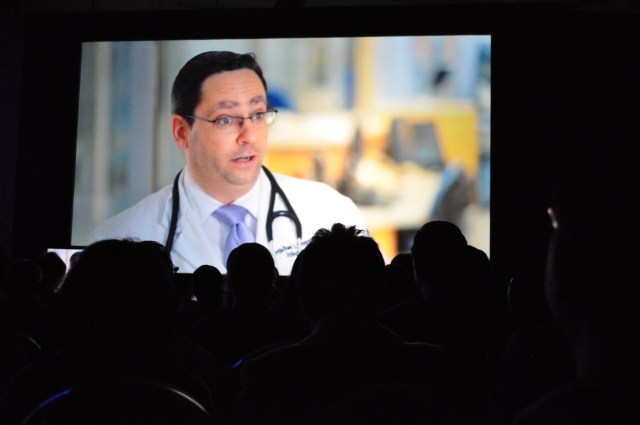 One of the world’s biggest challenges? Verizon has a powerful answer.

And I’m not saying that sarcastically. Verizon actually announced a $10 million “Powerful Answers” Award that will be given to the innovations that best leverage it’s platform to improve healthcare, education and sustainability. It’s a noble and important announcement to say the very least. If any sectors deserve and require a bit more attention, it would be the above three.

But this isn’t about what Verizon is doing. Truth be told, Verizon has the best TV service and the best wireless network, and the list only goes on. It’s truly a great company.

But if Steve Jobs is the Muhammad Ali of tech presenters, Lowell McAdam is the guy at the gym down the street. With a million eyes on him, he essentially told the world that Verizon is saving the world, both through support for first responders and healthcare innovation, as well as better football video and more Facebook in your car.

Basically, McAdam was trying to have it both ways, as exemplified by his comments that Verizon can both can create ‘billions of dollars’ in social value while also growing the wireless market. And maybe it is possible to do good and to do well at the same time. But he didn’t make a convincing case today.