GitHub continues to build out its unique social network with Contributions, a new addition to profile pages that displays the projects developers created and what they are contributing to, as well as a calendar that shows all of their updates.

It’s once again GitHub’s way of providing a social graph based on the work developers are doing. A developer can show off the most popular repositories they have built. Like a social graph, the repositories with the most starts and watchers makes it to the top of the list. 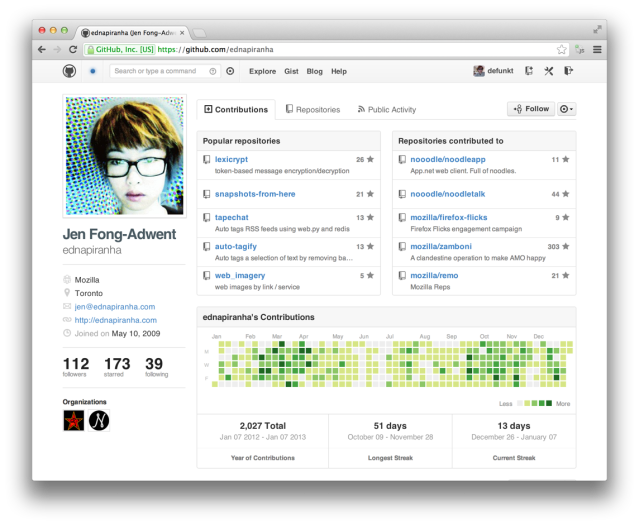 Contributions that developers make to repositories get tracked, too. Examples of contributions include a project’s default branch or the GitHub-page branch, opening an issue, or proposing a pull request. The GitHub blog notes that the new capability makes it easier to see what colleagues from the same organization are doing. Any repositories a developer has in common with the profile being shown is displayed on the list.

The new “Contributions Calendar” shows the frequency of contributions over the past year. Much like a social network, the individual can add graduation dates, birthdays or other milestones. GitHub is also introducing an activity view to see what someone has been up to on GitHub. It gives a view of proposed pull requests, open issues, and commits. 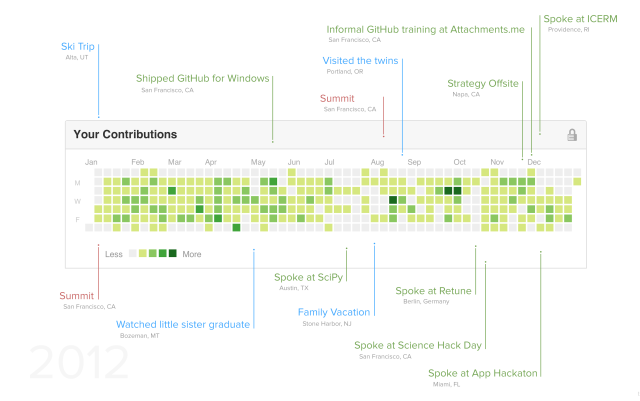 All of these additions point to the deep changes in how developers collaborate. It’s less so a solitary affair with people working in silos making updates that get packaged in one massive software update. Instead, it’s an iterative process. Credibility goes to the people who contribute. Now on GitHub, those contributions are there for everyone to see.