Lately, it seems that many mobile apps, upon first launch, are stepping users through multi-screen “walkthroughs” where all the features of the app are demonstrated, painstakingly, one-by-one. Worse still, are those overlays of help screens that appear at start up, with the scrawled handwriting, circles and arrows best left on whiteboards – not in user education material.

That’s not to say that apps don’t need to explain their functions to users. But some are taking things too far. Long, step-by-step tutorials are not what users want to see when launching apps. And to be clear, I’m talking about apps here, not games. Mobile games are a different beast, with a slightly different set of rules.

The question, simply put: if a mobile app includes a “walkthrough,” has it already failed? That’s the premise of an article trending on Hacker News, written by Visual and User Interface Designer Max Rudberg. And like many posts with catchy, linkbaiting titles (“If you see a UI walkthrough, they blew it”) people are reacting viscerally to the headline without fully digesting the meat of the article’s content. For what it’s worth, I think Rudberg has a point, even if he’s over-generalized the situation. 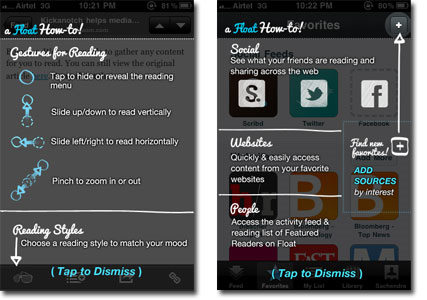 Currently the top comment on the Hacker News post, as per usual, is contrary. “This is utter nonsense,” the commenter rebuts. But I don’t think that it is. Sure, you can always pull out examples of apps that actually do require extensive walkthroughs, or you can hedge and say, well, people learn things differently – some people appreciate and need walkthroughs! Or you can talk about how your mom or dad wouldn’t know how to do anything on a mobile phone without a tutorial. Or how there are different types of apps and different types of walkthroughs. And sure, that’s all true. It’s like everything else in life: the issue is not black or white. There’s nuance here.

But can we talk about walkthroughs possibly heading into overuse territory?

The problem, in a nutshell, is that in too many cases with new apps, the existence of the walkthrough speaks to core issues with the design. It can come across as lazy. Anything more than a couple of basic pointers sends a message to users that this app is complex, it’s complicated, and now I need to hold your hand while you learn to use it.

That feels wrong on some level. This is mobile. It’s meant to be simple. Accessible.

Apps are not enterprise software with hundreds of functions. They’re not bloated Office suites with overstuffed ribbons filled with a dizzying array of choices. They’re not even desktop software, requiring complicated installations and configuration procedures that once had users phoning I.T. support for help. They are apps, and the user generally already knows what they’re for before they installed it.

Maybe the user found it featured in a list, but they didn’t install it blindly. They saw the list, read the title and/or description, looked at screenshots and thought to themselves, “hmm, a camera that lets you add filters to your photos! I’m going to install that!”

And if they didn’t come across the app serendipitously, then they actually performed a specific keyword-based search and the app appeared in the search results where they selected it from among dozens of others. Or maybe they installed in after reading about it on the web, or hearing a friend talk about it.

The point is, the user to some extent already knows what the app is for. They’ve got the basics down already. Where do developers think they’re losing them, exactly? It’s not intuitive which button to tap first? Where specific content is found? How to perform a specific task? Does the app have a cold start problem (it’s social, but you have to add friends first)? For many of these challenges, the solution doesn’t have to be a long walkthrough or messy overlay. It can just be a better design. A better layout. A better sign-up flow. 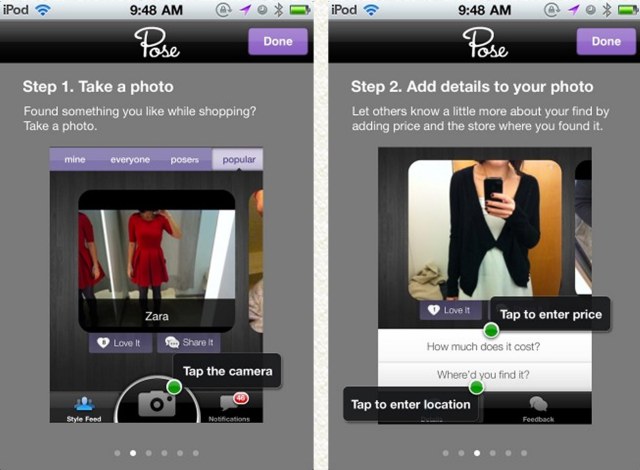 Look, we grew up on a web were we had to click “Next” and “I agree” and where we had to learn to click an “X” to close all those pop-up ads. Walkthroughs often leave users with similar feelings – they’re the cruft that has to be scraped away before you actually get to use the app.

If the developer thinks a walkthough is still in order, then maybe it can be a screen or two and a few words. That’s still a walkthrough, yes, but a far more tolerable one. Or it can be just some intuitive hints that appear during the app’s use.