Samsung is keeping its fans entertained during the lull between Christmas and New Years with a several announcements and teasers:  a CES 2013 Smart TV teaser video, a sneak peek at its Smart Hub, a content platform for Samsung Smart TV, and a new version of ChatON that turns its cross-platform messaging app into a social media network. 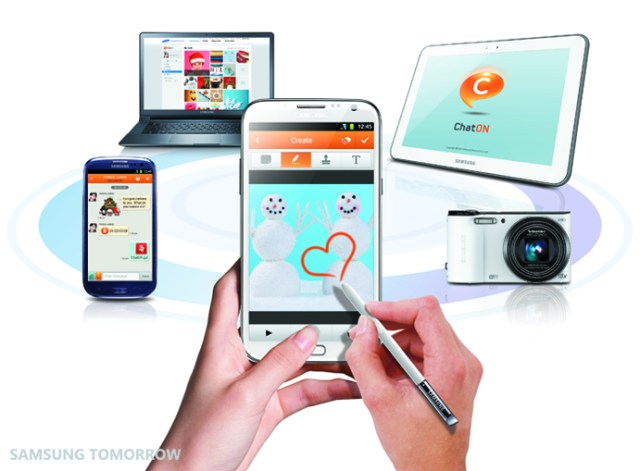 First ChatON gained traction in its efforts to render SMS obsolete. Now with ChatON 2.0, Samsung is positioning the service, available in over 200 countries in 60 languages, as a “micro” social networking platform where users can create personal profiles and post status updates for friends to comment on.

The new version also makes it easier to leave comments or content, including photos and videos, for friends in “the Trunk,” which Samsung describes as an alternative to, or at least a first-stop before sharing on Facebook and other social networks. ChatON 2.0 adds a multiscreen feature that makes it possible to chat up with up to five connected devices on a single account. Users can invite friends to ChatON conversations from different platforms, including Facebook, Twitter and Weibo. 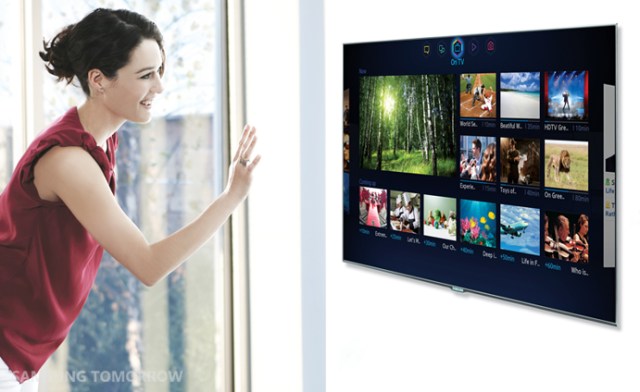 What does Samsung want consumers to use the Smart Hub and ChatON 2.0 on? Presumably its Smart TV, which won’t be launched until CES in two weeks. But in the meantime, Samsung fans can get a sneak preview with this video Samsung posted today on its blog: