Houzz is one of those quiet success stories that have the potential to completely change their niches. At its core, the service lets you browse beautiful pictures of home remodeling projects that are organized by metro area and style. If you ever needed some inspiration for your own remodeling project or if you felt like you are due for of a bout of house envy, look no further than the almost 1 million images in the company’s catalog. 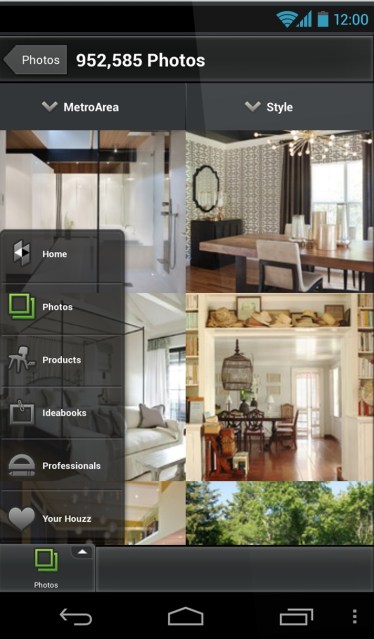 Beyond the imagery, it’s worth noting that Houzz also brings real disruption to the market for architects, designers and contractors. Many of them obviously feature their best projects on the service and use it to showcase their skills. The Houzz user community, of course, can also rate them. As Houzz president and co-founder Alon Cohen told me earlier this week, this is opening up many new opportunities for professionals who use the app to communicate their skills and find new clients. At the same time, it’s also helping designers to collaborate with their clients and quite a few showrooms have even installed Houzz kiosks in their stores.

One area where the company has really excelled, too, is in grabbing on to the mobile market. About 40% of the service’s users now access it from their mobile devices. As Houzz Cohen told me, the company’s apps for iPhone and iPad have now been downloaded over 5 million times – that’s an increase of over 400% compared to last year – and its users viewed over 500 million images from the service in November. The app consistently ranks very highly in Apple’s app store and has a perfect 5-star rating. Houzz users, the company says, spend over 160 man years with the iOS apps every month (the peak time is at 9pm).

Starting today, Android users will also be able to use Houzz as a native app on their devices. The app is very similar to the iOS app, but has obviously been adapted to the Android interface.

In addition, Houzz is also adding a number of new features to the service, including discussion forums, the ability to add photos directly from the phone’s camera or camera roll. Starting next month, Houzz users will also be able to perform local searches for home improvement professionals. 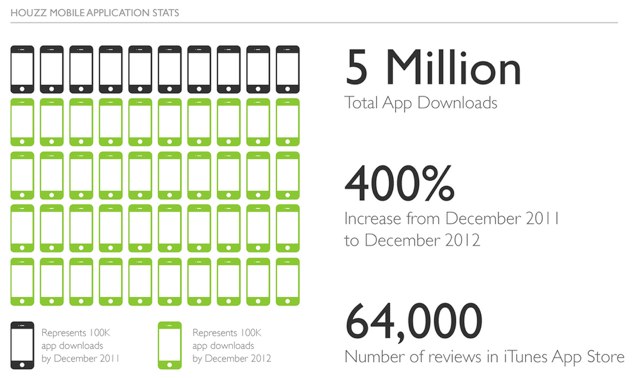