Over the last few years, the enterprise has been been quick to adopt cloud computing, but by and large, the cloud has found the most penetration in areas of the enterprise that aren’t mission critical. Yet, as Forbes wrote today, this has begun to change of late as companies that are handicapped by decades-old, legacy enterprise resource planning (ERP) system increasingly move from on-premise systems to those based in the cloud.

Michigan-based Plex Systems has emerged as one of the leaders in cloud-based enterprise resource planning, specifically by helping big manufacturers better manage the mission-critical areas of their day-to-day operations — from production and inventory to quality control and finances — while tracking and reducing operations expenses without requiring them to purchase hardware or software. Though the company competes with giants like SAP and Infor, manufacturing still makes up about 30 percent of the U.S. economy (which may come as a surprise to some), so there’s plenty of opportunity left in what is a sizable market. m

Today, manufacturing is a global market and the pace of business has accelerated to such a degree that many businesses struggle to keep up — to remain nimble and cost-efficient at scale. Maintaining that kind of cost efficiency and flexibility requires cloud software, but as ZDNet’s Dennis Howlett has said, traditionally, there have been few cloud vendors that have been able to meet the more robust demands of mid-sized and large manufacturers.

By catering to the giants of manufacturing with a browser-based resource management system that doesn’t require on-premise hardware, Plex has produced 30 percent year-over-year growth and has increased revenues for 20 consecutive quarters, Plex CEO Mark Symonds told VentureBeat. As the company estimates that only 10 percent of manufacturers have transitioned to SaaS systems to date, the addressable market seems to have plenty of up-side — something that hasn’t gone unnoticed among investors. 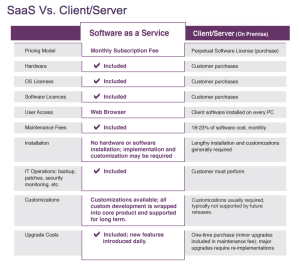 To help it capture more of that market, Plex announced today that it has raised $30 million in growth equity led by Accel Partners. As a result, Accel Partner Sameer Gandhi gains a seat on the company’s board of directors, joining Francisco Partners which acquired Plex Systems earlier this year.

Adding Accel as an investor could be auspicious for the company, as the Silicon Valley-based venture firm counts a number of successful online and software investments in its portfolio, including Facebook, Dropbox, Cloudera, Qlik and Kayak. And Gandhi himself has led investments in Spotify, Dropbox, BeachMint, Bonobos and StumbleUpon.

While these investments are impressive in that they represent some big names, you’ll notice that they’re all consumer-facing businesses. As such, it appears to provide further corroborating evidence for Fred Wilson’s recent claim that the money is shifting from consumer to enterprise.

“Momentum” and late stage investors have begun to cycle away from consumer-facing investments, Wilson said, which will likely make it tougher for young, early-stage consumer startups to get funding as early-stage investors adjust to what those downstream in the VC stack want to capitalize.

Accel’s launching a fund dedicated to big data and infrastructure investments is another example of a trend in which investors are looking to take advantage of what Alex recently called the “transformation of the database market,” as startups and enterprise players both face the reality of having to update their infrastructures to take advantage of scale out architectures.

As to Plex: With its new chunk of capital, the company will be able to fuel its customers — which represent some of the biggest players in the aerospace, automotive, electronics and food and beverage industries — transition to the cloud. Plex has been on a mission to focus on vertical markets, helping manufacturers within each sector streamline their core business processes, like storage, backup and development under one flexible infrastructure. Removing the need to dedicate tons of time and capital to IT systems administration is a key part of providing a value-add for its customers in comparison to on-premise solutions.

What’s more, with its new funding, the Plex Systems CEO told VentureBeat that the company will be looking to ramp up hiring in the first quarter of 2013, adding “16 new employees to its 260-person team,” alongside further investment in R&D. Although the company didn’t address the subject explicitly, it wouldn’t be surprising if its new funding also came to represent the first step toward an IPO in the next couple of years. 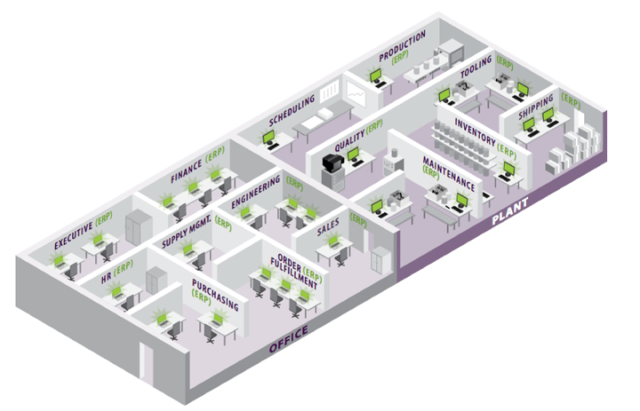