Facebook and Apple grew closer today as mobile app install ads in Facebook for iOS 6 now allow users to download apps from the App Store via pop-up instead of interrupting users and forcing them to leave Facebook. By implementing Apple’s App Store pop-up API, Facebook could get developers to buy more of its ads since the clicks they pay for are more likely to turn into actual downloads. 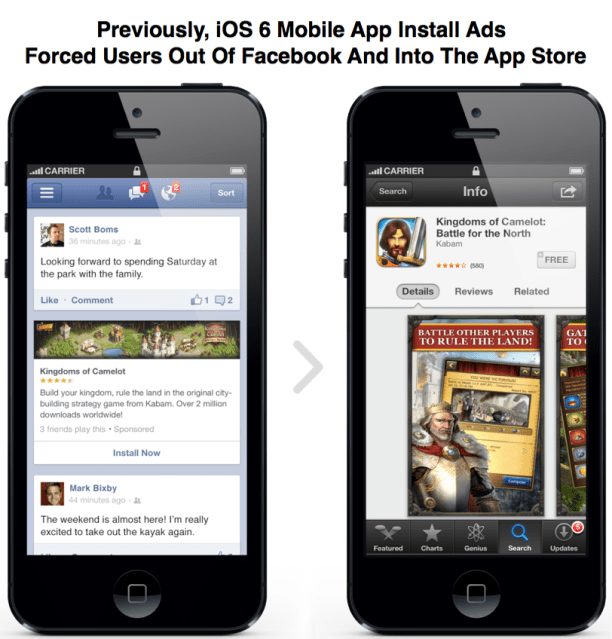 Now Facebook is using the mini App Store dialog to boost the value of its recently launched mobile app install ads. These let developers pay to show an image, description, and install button for one of their apps within the Facebook news feed. It’s part of Facebook’s play to dominate the app economy by controlling discovery outside of the App Store and Google Play. 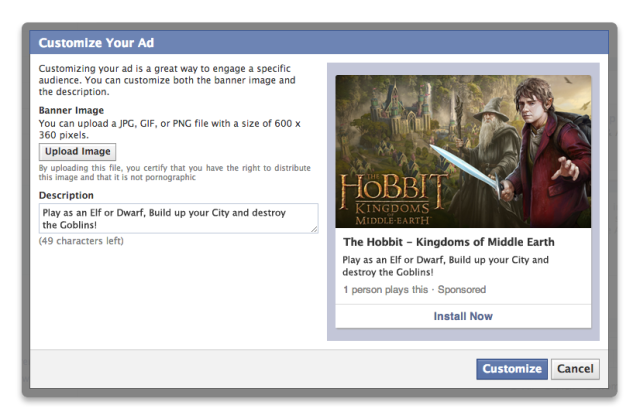 Facebook also gave developers more freedom to customize the creative of these ads today, as well as to see analytics on installs by demographic, including age, gender, and country. Those mean mobile app install ads will look better and reach more relevant audiences, as developers can tailor their targeting to demographics they’re successful with.

But it’s the App Store installs from within Facebook for iOS 6 that’s most fascinating. Any iOS 6 app can pop up this mini App Store dialog, but it’s going to be especially helpful to Facebook since it’s popping those dialogs on the behalf of developers who pay it.

Facebook’s mobile app install ads are bought on a cost-per-click basis, not cost-per-download. That means developers may have been wary to pay for clicks because people wouldn’t always complete the download process. Some users would be surprised and perturbed to be booted from Facebook and pushed into the iOS App Store app when they click “Install App.” They might have immediately backed out and reopened Facebook before initiating the download.

Now there’s a lot less friction in the ad-click-to-install process. In the short term, that should make the ads more valuable to developers and get them to make Facebook a staple of their marketing spend. In the long-term, it could train users to be less afraid of clicking on mobile app install ads.

Offering the pop-up App Store isn’t entirely altruistic on Apple’s part, though. Making sure developers on its platform are achieving growth and sales is important to keeping them from straying to Android. Getting more apps on people’s iOS devices also helps Apple lock people into its OS as they don’t want to switch to Android and have to re-download or lose them.

The question now is whether Google will follow suit and let Facebook and other apps build in Google Play pop-ups.

Update: This article was edited to clarify that Facebook is making use of a public API from Apple.