It’s been launch city for a few big companies and new startups this week. Who’s had the very best week, possibly? That would be Aviary, a company that started out with a direct-to-consumer product that allowed people to beautify and share their photos. The company decided to switch gears and provide its tools to other apps and sites. Some people call it a pivot, but that word can be annoying.

It was a pretty smart move, as Aviary now powers editing and filters for both Flickr’s brand-new iOS app and Twitter’s recent refresh. By focusing on editing photos and adding filters, the company can build great things that can be used by anyone who would like its feature set in their own app.

I spoke with Aviary’s CEO and co-founder Avi Muchnick, whose name is all over this company, about what’s been going on.

TechCrunch: How did the relationship with Flickr get started? 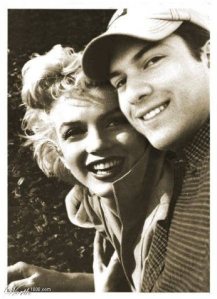 Avi Muchnick: We have known the folks at Flickr for a few years and have a great relationship with them, so they are familiar with our solutions. We first officially partnered with them by powering photo editing on Flickr.com in April earlier this year, and that integration was quite successful for everyone involved. So we worked with them again to power the photo editor in their new mobile app.

TechCrunch: As a company, what are your goals?

Avi Muchnick: Our mission is to democratize creativity. We want everyone in the world to feel artistic, no matter their skill level or talents. We’re going to accomplish that by providing our photo-editing SDK to every single app where people use photos to express themselves.

TechCrunch: What things are coming along that are new? Will partners integrate them?

Avi Muchnick: Unfortunately we can’t share the specifics about what’s coming up next but we are always working on innovative new features to take photos to the next level. We always develop new features with our partners’ needs in mind. We test out all new features in our showcase app (Photo Editor by Aviary), which gives partners a chance to see our full feature set, so they can decide which elements they would like to adopt.

TechCrunch: Do you have fans and users who respect your “behind-the-scenes” nature?

Avi Muchnick: Yes. We actually used to have a web-based creative suite which millions of people loved to use, and we were really crushed when we had to make the business decision to shift gears away from a toolset that was so beloved. But I think our passionate fan base understood our reasons and many have followed our progress. They enjoy using our showcase app and often reach out to tell us how happy they are whenever they recognize our tools in our partners’ apps and see our incredible traction. 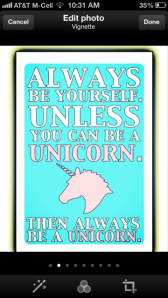 Avi Muchnick: We have been working with Twitter for the past few months on this integration, and we are thrilled with how it turned out. Truly a fantastic job by both teams.

TechCrunch: What drives you as a company?

Avi Muchnick: Our passion for creativity. Personally I’m an artist – I used to be a graphic designer, and my co-founder, Iz Derdik, and I have each been in the photo-editing space for more than a decade. We are creative people who love art and love giving people the tools to unleash their own creativity and express themselves in new ways.

TechCrunch: What type of people work at Aviary?

Avi Muchnick: We have an incredibly talented team of 21 people. No matter whether they are engineering, design or business-oriented, they are all extremely passionate, creative and fun to work with. I’m really proud of the team we have assembled.

TechCrunch: How many photos do you take personally in, say, a week?

Avi Muchnick: I actually take thousands of photos! I keep having to bump up my iCloud and dropbox storage quota. I don’t share many of them because they are mostly of my family and I’m protective of my four children’s privacy, but I can’t stop taking pictures of them and making them look great in my favorite Aviary partner apps.

This is a way to build a sustainable business when your initial vision didn’t pan out. Becoming a partner-friendly company worked for Aviary, and there are others doing the same. These companies have extremely valuable technology, and they don’t have to be squashed and replaced by the “big guys.” When people play nice, it works out for everyone in the end sometimes.