Everyone loves a coupon, especially around the holidays. As one would expect, over the last few years, the growth of eCommerce and the growing penetration of mobile devices has led to staggering growth in digital couponing. A study conducted by eMarketer last year, for example, found that over 88 million people in the U.S. used or claimed online coupons in 2011.

Yet, there’s a big problem. With ease of distribution, retailers, publishers and beyond are now distributing online coupons and coupon codes willy-nilly, in bulk — seemingly every second — to the detriment of the end-user. This market saturation has led to a huge, untold problem: Today, over 76 percent of eCoupons simply don’t work — either they’re invalid, expired, or have already been redeemed. Yet, they’re still live.

Founded in 2011, Silicon Valley-based ZenDeals has spent the last 18 months developing patent-pending technology that aims to solve this problem by algorithmically verifying online coupon codes so that you don’t have to waste time on the phone with customer service or frantically search through email to figure out who sent you that eGiftCard last Christmas.

Instead, the startup aggregates online coupon codes from dozens of eCommerce sites, including those that generate the majority of revenue in the space, including Gap, Target, Macy’s and Amazon and verifies them nearly instantaneously.

ZenDeals co-founder David Lemphers tells us that the startup is out to solve a “complex problem that hasn’t yet been addressed in the coupon space — at scale.” So, by combining cloud computing and machine learning algorithms, the team is today launching ZenDeals (out of beta) as a scalable online platform that aggregates, validates and delivers quality coupon data from the biggest players in eCommerce to consumers.

In conjunction with its official launch, ZenDeals is also announcing that it has raised a round of seed funding from Innovation Endeavors as well as several current (but yet unnamed) Facebook and Zynga executives. While the startup remained tight-lipped about the amount raised, we’ve since learned from sources that the raise was over $1 million.

The team brought on this outside capital earlier this year to support the development of its technology through today’s launch and will continue looking to use the funding to build out its engineering and product teams.

Since it began beta testing its coupon validation algorithms earlier this year, ZenDeals has validated over five million coupons and codes and is currently testing several thousand each day. The startup is now driving thousands of weekly transactions to retailers, which are using digital coupons in droves as a way to drive incremental sales and increase customer loyalty. By working with some of the biggest brick-and-mortar retailers, ZenDeals thinks that it can help its retail partners improve conversion rates as well as revitalize the somewhat tarnished image of eCoupons.

Because many coupon websites require users to painstakingly test coupons to find out which ones work and which have expired, players in the online coupon space have collectively suffered from low brand loyalty — the “tarnished” reputation referred to above. ZenDeals wants to ensure that users get access to coupons that actually work, which in turn benefits the bottom line for eCommerce companies, enabling shoppers to complete their purchases more quickly and save from having to gum up call centers with complaints about expired coupons. 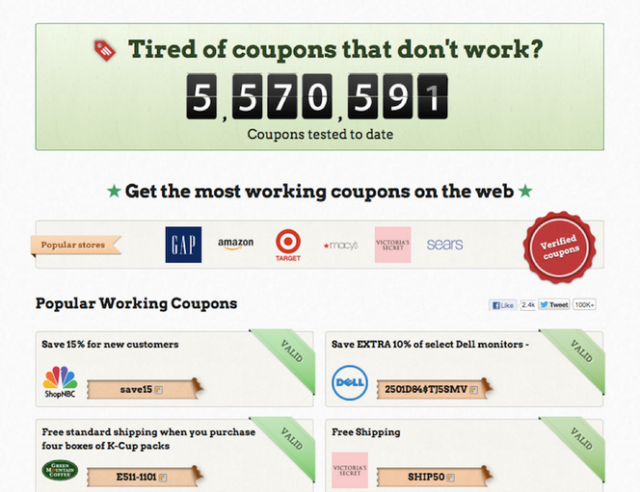 ZenDeals co-founder Christopher Couhault tells us that the invalid coupon experience is one he himself is intimately familiar with, as the inspiration for ZenDeals came when his wife asked him to buy baby diapers online. After scouring the Web for available coupons to help save on the price of a bulk order, he found zilch. He then enlisted the help of his friends (now co-founders), who collectively tested 30 different coupons before finding one that could actually be redeemed. They immediately began to test the experience with other products and repeatedly found the same results. And so, ZenDeals was born.

Of course, the team soon discovered that creating technology to algorithmically verify coupons, that can ingest hundreds of thousands of data points each day — while dealing with various couponing rules and scaling across stores and countries — is not so easy. That’s part of the explanation the founders give as to why ZenDeals has spent the last 18 months in development — not exactly the standard-bearer for the quick-to-market ethos.

Opting for the slow-burn approach, the team decided to ensure that the product would launch with (some basic) support for users outside the U.S., including non-English speakers. Thus, at launch today, the platform is able to verify coupons in Chinese, Italian and Portugese, and caters to some of the largest eCommerce players in each of these countries.

But wait, eCoupons have been around forever, so why are there so many invalid coupons? The problems, Couhalt explains, are many. For one, the promotions associated with the coupon may be expired, and the retailer may issue single or limited-use coupons that become invalid after use — or they offer redemption conditions (for example, the coupon can only be redeemed on a certain day of the week).

And that’s just for retailers. On top of that there’s friction at the publisher level — i.e. the coupon website posting the coupons for the retailers — as publishers typically don’t know for certain if a coupon actually works or not. Which is unbelievable in 2012, but there it is. Coupons then can have unknown validity or expiration dates, incorrect dates or codes, and so on, even after distribution.

Thus, ZenDeals applies its machine learning algorithms to the problem, testing every single coupon multiple times per day to ensure that data is fresh. Today, for example, the co-founders tell us that they tested 232 coupons for Macys.com and that only 15 of them were redeemable.

As to differentiation, the ZenDeals co-founders believe that they are the only — if not one of the few — to focus on aggregating and validating coupons across retailers, whether it be for WhaleShark Media, Savings.com, Walmart, Gap or Amazon. While some may test coupons by hand (and market that they do in fact verify coupons), they don’t go beyond their own items or products. ZenDeals, in comparison, claims to algorithmically verify over 200K coupons and deals each day.

And that’s how the startup plans to monetize: For each verified coupon that is redeemed, ZenDeals takes a percentage of commission, dished out by the publisher or retailer. This means that it’s initially working with fractions, but when applied at scale (to the 88 million Americans already using coupons), it has the chance to become a big business. 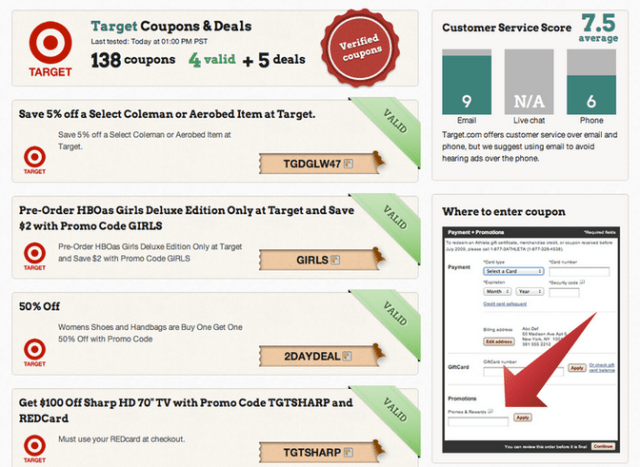