It’s always a point of contention when reports come out claiming one vendor or another has the most “market share,” since methodologies vary. Some reports look at shipments, others at sales. IDC did both this time, saying that Samsung led Q3 with 21.8% market share based on shipments, while Apple ranked second in shipments, but topped vendors in terms of value. Apple had a total of $34.1 billion and an average selling price of $744 in Q3 across all device categories. (Meaning, PCs, tablets and smartphones – the collective group which IDC refers to as “smart devices.”)

Adds Ryan Reith, program manager, Worldwide Mobile Device Trackers at IDC. “Both vendors compete at the top of the tablet and smartphone markets. However, the difference in their collective ASPs is a telling sign of different market approaches. The fact that Apple’s ASP is $310 higher than Samsung’s with just over 20 million fewer shipments in the quarter speaks volumes about the premium product line that Apple sells.” 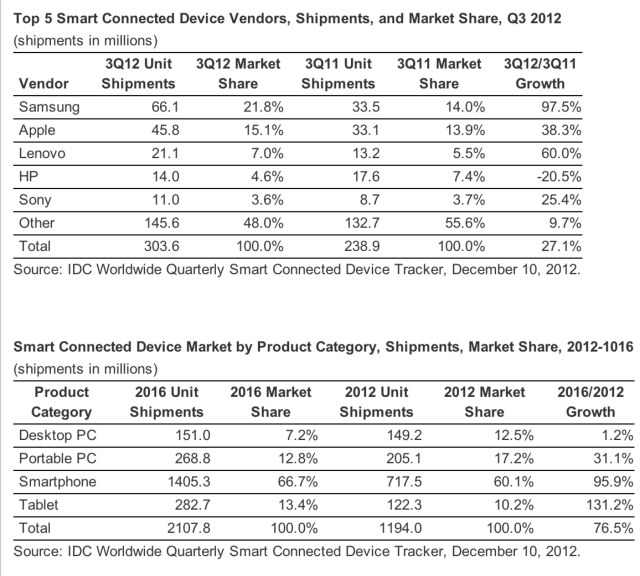