Because TechCrunch is often called a “major tech news source” and the folks at MAD Magazine “don’t know any better,” we’ve been given exclusive, exciting access to the cover of MAD Magazine #519, the year end issue featuring the dumbest people, things, and events of 2012. The Facebook IPO is, it appears, #16 on that august list.

You can see the actual image right here but rest assured that Facebook got the full MAD treatment which includes, but is not limited to, comic exaggeration for effect, analysis of the news in a “comedic” way, and a funny picture.

Writes MAD: “In the end, a lot of investors lost a lot money. We’re betting these people no longer consider Mark Zuckerberg a ‘Friend.'”

Anyway, there you have it: a comic magazine trying to stay relevant by harping on something we’ve long stopped caring about. You’d think the guys at MAD were a bunch of old, wasted men trying to regain their vigorous youth by playing to the whims of infants. Considering Dick DeBartolo still works there, I wouldn’t be surprised.

They also gave us the cover if you want to drag it off this page and into the trash can. 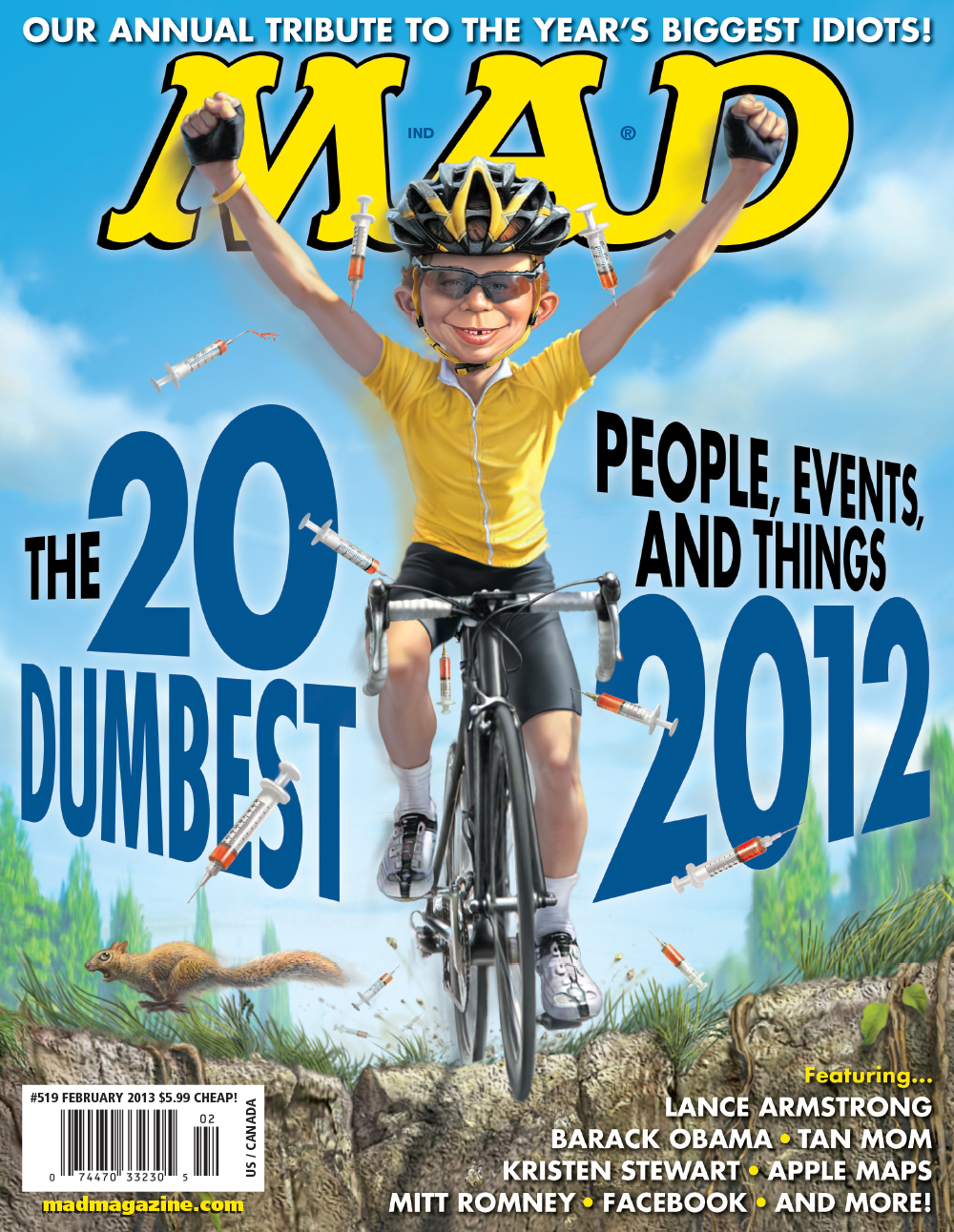