TripAdvisor is putting up $250,000 of its own money to allow 10,000 people who leave a review on its site to allocate a $25 Kiva microloan to a fledgling entrepreneur in the country they visited. It could encourage people to use TripAdvisor while getting them hooked on philanthropy so they loan their own money in the future. That’s what happened when Reid Hoffman backed $1 million in free Kiva loans.

In a Skype call from Sierra Leone, Africa, Kiva’s president Premal Shah told me there’s “total brand alignment” between his organization and TripAdvisor. Kiva has distributed $379 million in microloans that let people jumpstart a small business for an entrepreneur somewhere in the world. You give $25 to help someone buy a goat, who can then sell its milk and offspring to repay the loan and become self-sustaining. TripAdvisor lets people write reviews and recommendations of places and businesses they visit abroad. Oftentimes these visits are to developing nations with citizens who need assistance to escape poverty. 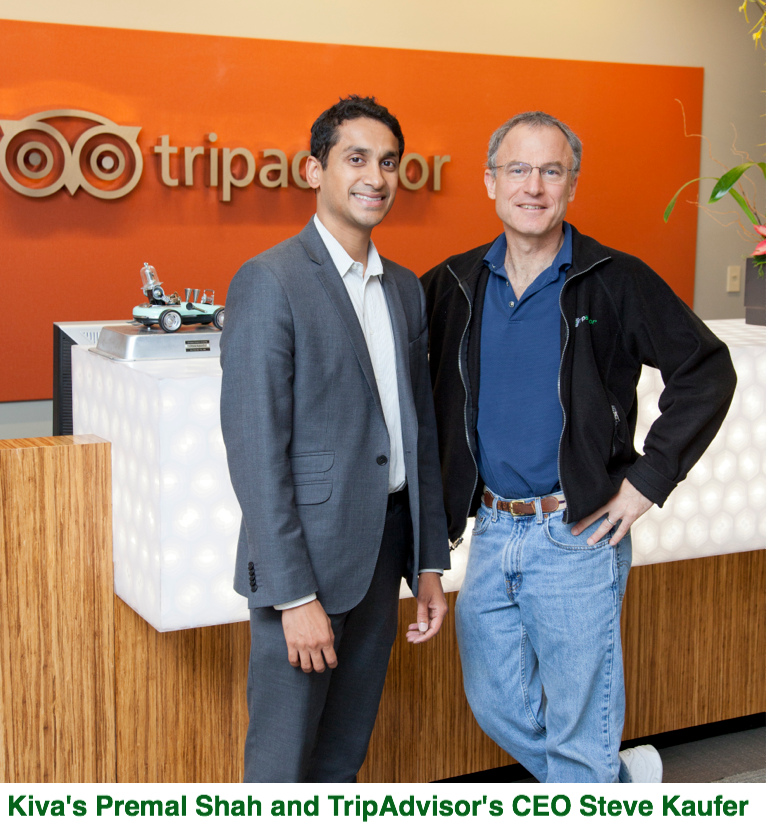 Shah tells me “People come back from a place they feel strongly about and have this feeling like ‘Oh, I wish I could do something that could help make a lasting change’. This is the perfect time to let them choose a recipient for a Kiva microloan and follow up to see their impact.” 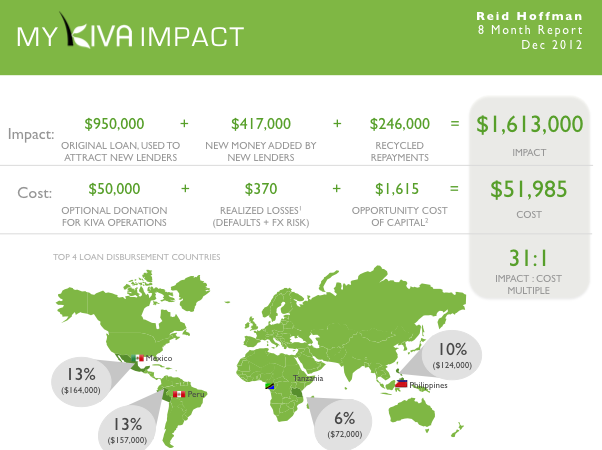 TripAdvisor is demonstrating what Shah calls a “a very big trend.” Rather than writing one big check, companies and high-net-worth individuals can greater leverage their contribution by putting it in the hands of others. In March 2012, LinkedIn co-founder Reid Hoffman put up $1 million to let other people try Kiva. He drove 47,840 new signups to Kiva, and since then, those people have lent an addition $417,000 of their own money.

That’s why this is such a powerful model. Now Shah is hoping to see the users of TripAdvisor’s loans not only give their own money, but become more active on the review site. If Kiva can show that backing free microloans can boost business for companies who finance them, a lot more could get on board with the program.

Shah concluded, “It feels very smart to me. Businesses are thinking about how they can do well by doing good.” 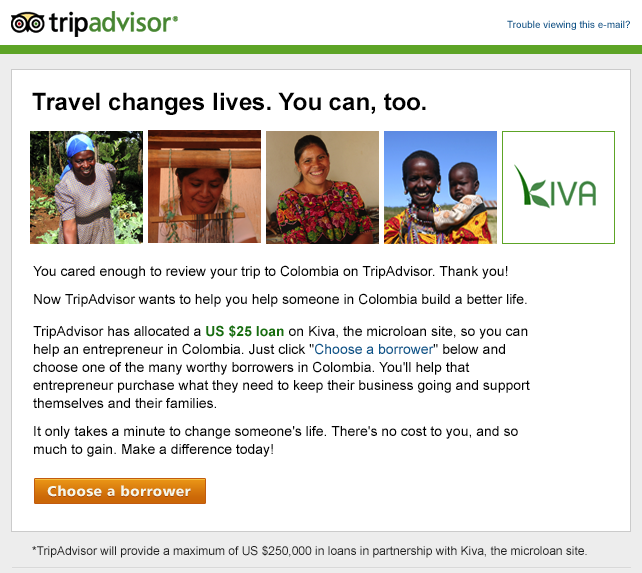