DJs don’t write songs, they release mixtapes showing off their skills in music selection and blending. But since mixtapes often contain copyrighted material, they were illegal until now. Launching today Beatport Mixes lets DJs who’ve bought songs through Beatport sell them on the music store. It opens a new legal revenue stream and promotion medium for musicians who curate but don’t create.

Beatport Mixes has been in invite-only beta on the dance music store since July but today it opens to the public. It lets anyone upload and sell mixtapes. What’s special is that typically to do this, a DJ would have to get the rights to sell every song they play on the mixtape. This can be nearly impossible, between the difficulties of contacting the original artists, convincing them, and paying them off.

Beatport takes care of all of this for its DJs. As long as the DJ has purchased from Beatport a copy of each song on the tape, Beatport handles all the licensing and pays out the creators when mixtapes get purchased. 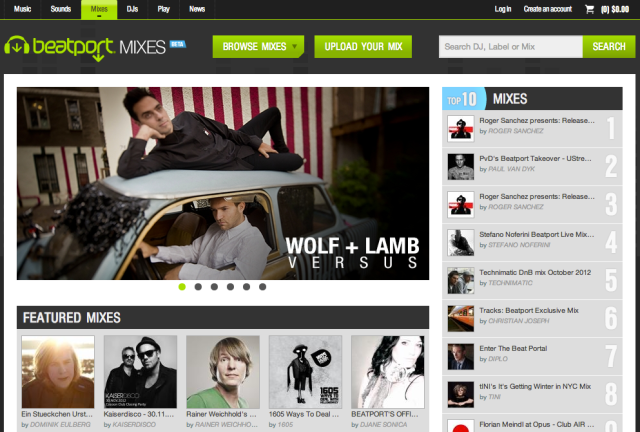 For now it only has deals with independent artists and labels, but considering Beatport is the whole to serious dance music, not the pop on major labels, a significant portion of its catalogue is already mixtape-able. It’s currently in negotiations with the major labels to make their content available for legal resale as well.

While the Internet is making access to music easier, getting discovered among the near infinite field of competing musicians is getting tougher. DJs have to get a little bit of fame before they can start making any real money performing. That’s why they release mixtapes. They simulate what it’s like to see a DJ live. You’d never imagine cops kicking in the door of the club and pulling the DJ off stage because they’re playing someone else’s records. Thanks to Beatport Mixes, bedroom DJs have the same protection.