In a world of customizable coffees and individualized experiences, the wedding industry is just recently starting to break from its historical lack of options. Pre-nuptials, many couples still face lists of venue-required caterers and fight their way past other undesirable prescriptions for their big days. Enter NewlyWish, a New York-based e-commerce platform that seeks to provide creative registry options beyond big-box retailers.

With its first product for couples, the newly minted winner of the Women 2.0 PITCH NYC Startup Competition provides a custom multi-merchant online marketplace. Users can choose from and register for goods at brick-and-mortar stores, which have historically been excluded from the $19 billion annual domestic wedding registry market (which, according to The Knot’s Bridal Registry Study, includes a $10 billion traditional gift market and another $9 billion in cash and alternative gift registries). Small businesses have largely been under-accounted for in wedding registries, a tradition that began with Marshall Field’s in the 1920s.

Just as Weduary makes it possible to bring RSVPs, logistics, and sharing tools into a single online platform, NewlyWish integrates inventory across independent shops in one destination. It then fulfills wedding guests’ orders itself, which differentiates it from aggregate registry tools that run the risk of duplicate gifts and packages getting lost in the shuffle. That multi-channel merchandizing is intended to provide profit to NewlyWish and retailers alike. 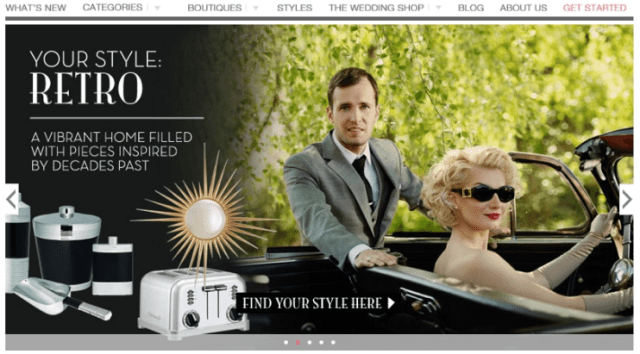 Company co-founder Amanda Allen and now husband Robard Williams, former colleagues at the Federal Bank Reserve of New York, were reticent to create a registry while planning their wedding. Convinced by their mothers that not providing preferred gift ideas would create more work for guests, they wandered into their favorite New York City shops only to learn that none had online wedding gift capabilities. Realizing that their high number of out-of-town guests would make supporting local businesses through their registry next to impossible, Allen went on to pursue the challenge at business school at Fordham. Williams later joined full-time.

The school would name Allen Entrepreneur of the Year in 2010 for her plan to connect engaged duos with boutique offerings. She and co-founder Mark Bartlett, owner of website development shop Intersect, have since bootstrapped the company with funds including $70K raised from two business plan competition wins. They now offer 6,000 different goods (including artwork and wine) and experiences from more than 50 merchants. 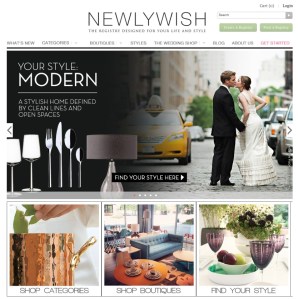 To differentiate itself from national department stores that continue to dominate (and earn eyeballs amidst Etsy offerings for brides-to-be and wedding Pin boards galore), NewlyWish tries to promote gift requests that are based on couples’ own unique styles. Small-batch items and the chance to support artisanal businesses are part of the pitch. “When we do carry major brands–Wedgewood, Waterford, Vera Wang–we put them on the site with a unique twist,” Allen says.

Even with mix-and-match sets, convincing couples to shop on the site is a major feat in the shadow of Wedding Channel companies and SKU guns. As more couples now bankroll part or all of their own festivities, the number of ad revenue and interest charge-fueled honeymoon and cash registry sites has also increased. Allen’s idea holds that a community of independent businesses can provide the same convenience and more personalization.

A baby registry utilizing the sales and marketing platform that Bartlett built would be a natural progression, Allen says. With $2,600 as the average registry value on the site and a reported net sales margin of 25% this year, the company has added team members focused on bridal events and design. The number of California couples using the site has recent surpassed those in the New York metro area who the startup was initially created for.