I entered a movie a few weeks ago by flashing a Passbook receipt. It was my first time doing so, and the process went about as seamlessly as one would hope. I just opened up the Passbook entry, showed it to the ticket checker and voila! Access was approved!

That movie theater experience is just one example where digital tools have overtaken the need for paper or printed receipts: I’ve taken to using mobile boarding passes when possible, rather than printing them out at the airport. I pay with Square Wallet whenever available, rather than having vendors print out receipts for me to endorse. I pay my rent, cable, phone, and all other utilities online. In the past two years since moving into my apartment, I’ve written a total of 24 checks. Just one per month, maybe less.

All small things, it seems, and things that I’m thinking less and less about. The behavior is becoming automatic, but it highlights a shift in the foundational layer of commerce and information exchange that we’ve undergone. 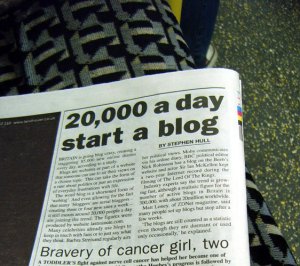 Most of the examples above are about how spending or commerce habits have changed with the help of Internet- and mobile-powered money exchange, but it’s not the only aspect of my life that’s gone digital. I haven’t bought a physical book for myself in I don’t know how long, instead purchasing and reading books on my iPad. And lest we forget, I write for a publication that appears only online. But I also only really access any other publications over the Internet — I can’t remember the last time I had newsprint smudging my fingers.

There are those who would argue that this is not necessarily a good thing, that there are real advantages to having and owning physical things, like books, for instance. Or actual analog photos, for instance. In a world filled with Instagrams, where the only place one ever sees photos of his friends is online, one of my favorite startups is Sincerely, which makes it easier for people to print out and distribute their digital photos to others.

And then there’s the environmental argument against — that we’re routinely destroying millions of square miles in printing out all sorts of goods, whether they be newspapers or receipts or airline boarding passes, all of which have pretty limited value after a certain amount of time, and most of which end up in the trash. (Or hopefully recycled.)

But there’s a bigger question about what happens to all this information as it’s digitized. And it’s not just books and information put on paper that fall into this category, but all matter of information as it goes from some physical, semi-permanent medium to online. I’m talking about films, which existed on projected reels and tape and then discs, to music, which at some point used to be etched into records, and then cassettes and CDs. 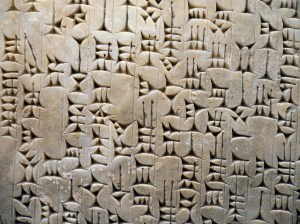 So much of what we know about the past has come from documents passed down to us, whether they be on stone tablets or cuneiform or, well, paper. What does it say about us as a culture that is slowly killing off this method of information transferral. In 20 years, if there are no physical books, what will future cultures know about us in 220 years, when digital memories are likely wiped away?

This is something I’ve been thinking a lot about over the last few years, but the death of paper is only beginning to seem like a reality now. When the nuclear apocalypse hits, will all our bits and bytes survive, or will evidence of our thoughts and culture just disappear into the ether?