When you beat Skrillex’s Legend Of Zelda-style flash game, you see a link to buy its soundtrack on iTunes. SkrillexQuest is an advergame and its next generation of music marketing. You build an emotional attachment to the dubstep DJ’s song “Summit” while it plays as you save the princess. That’s something passive consumption of a music video, 30-second mp3 preview, or banner ad cannot do.

In the age of infinite access to music, how does an artist get remembered? They turn their content into an experience. Developer Jason Oda’s SkrillexQuest transforms the single “Summit” from something you listen to into something you live. It’s lyric “A sullen heart ticking under the ground” turns literal, as your goal is to save dead princess whose been locked underground in a heart-shaped jail cell. Oda has built several advergames before, including ones for bands Fall Out Boy and Breaking Benjamin. MTV Hive’s interview with Oda explains that Skrillex’s people approached him about developing SkrillexQuest, and that he worked directly with the DJ to flesh out the concept.

There’s little instruction for the player, leading to a sense of wonder and exploration. It draws on nostalgic themes to tug harder on your heartstrings. A speck of dust has found its way onto the SkrillexQuest NES cartridge’s chip, corrupting the in-game world and spawning glitches you must fight. Defeat the boss while rocking out to the most aggressive jam from Skrillex’s new album and you’ll see the human version of the DJ blow the dust away to restore the universe. You grow closer to the music and the artist. 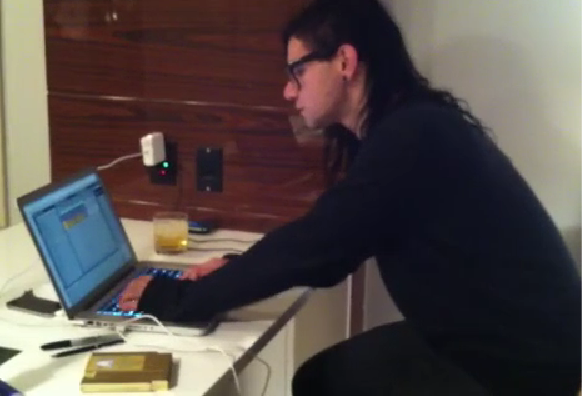 It’s over the top, ridiculous even, but it works. Instead of a single listen, I probably heard “Summit” three times through during the course of the game. The idea of using games to drive exposure to music isn’t exactly new, but the trend is picking up steam. Iron Maiden, Linkin Park, and Juicy J all have their own advergames, and back in April 2011 Daft Punk’s soundtrack to Tron got played for 120 million minutes in two weeks thanks to its placement in Facebook game Nightclub City. And for years artists have licensed their music to games like Electronic Arts’ sport franchises in hopes of sales or awareness boosts.

Still, a custom musician-branded game with a direct link to where you can buy the music it promotes seems fresh and highly functional. Since these types of advergames don’t come with same expectation of high production value you’d get with a big studio title, an increase in demand for them from artists could create jobs for independent game designers. And if streaming services and piracy conspire keep it tough to sell music on its own, maybe it’s the advergames themselves we’ll be willing to pay for. 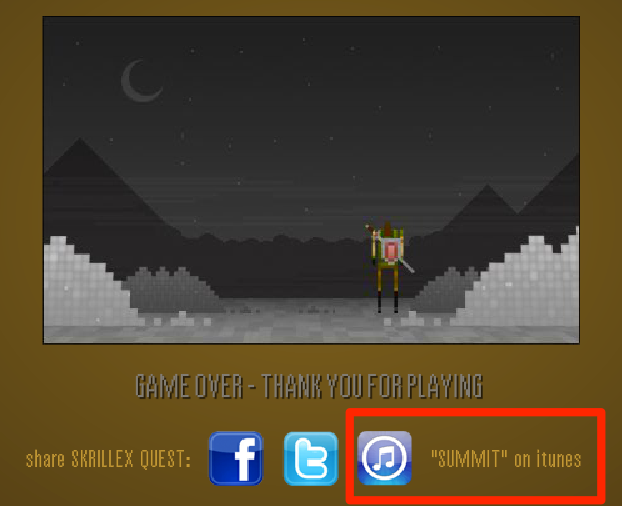