The recent battle between Israel and Gaza revolutionized real-time war reporting, with both sides taking to Twitter, Facebook and other platforms to report the latest news. What you may have missed, however, is how thousands of Israeli startups continued to function while under missile fire.

A few days after Operation Pillar of Defense began, Tel Aviv, the city with the highest concentration of startups in the Middle East, was being targeted by missiles. The first time the sirens went off was the first day of the municipality’s Open Startup event. As part of the event, 50 startups opened their doors to visitors interested in seeing first-hand the people behind the products.

While visitors explored these companies, alarms sounded periodically, forcing them and startup staff to run bomb shelters. Developers had to stop coding, marketing execs had to stop optimizing their conversion funnels, and even founders had to take a break from hustling all to run to the cover of bomb shelters.

Yet during Operation Pillar of Defense, Startup Nation didn’t slow down. In fact, Startup Genome declared Tel Aviv the No. 2 startup ecosystem in the world, which boosted everyone’s morale. 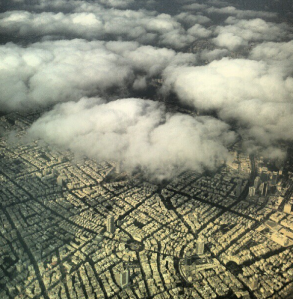 How To Work While Under Missile Fire

If you had walked into one of these startups just under two weeks ago, you would have witnessed them all using multi-screens effectively: one screen for people’s inboxes and compilers and the other screen to keep an eye on the local news. Some companies even had projectors set up for everyone to monitor activity.

And while most buildings in Israel are equipped with bomb shelters, some startups didn’t have them in their buildings. As a result, they had to temporarily relocate for the safety of their teams.

Yet another challenge startups had to contend with was that many men were called up for duty, which left some of them with fewer workers than usual. For example, at Yotpo, a social review platform, four out of 10 developers were sent to serve in the army. Those who remained in the office assumed their responsibilities to ensure that everything continued to function properly.

A decent number of startups, accelerators, and coworking spaces opened their doors to anyone who needed free office space. These companies included Fiverr, Outbrain, RankAbove, Pitango Venture Capital, Gemini Ventures, IDC Elevator, The Time and many more. And Conduit, one of the largest high-tech companies in Israel, opened a temporary child-care center so its employees could bring their kids because schools were closed.

The Story Of Perseverance

The bestselling book Start-Up Nation tells the story of Warren Buffet’s purchase of Iscar for $4 billion. It was Buffet’s first acquisition outside of the U.S. and it occurred just as Israel began to fight in the 2006 Lebanon War. Rockets rained on Northern Israel, which is where Iscar’s main factory was located, but Buffett went through with the deal because they were still shipping their products.

That story best depicts what happened recently in the startup scene in Israel. Even though many startups were under fire, every company was determined to ship its products. So the next time you meet an Israeli entrepreneur in Silicon Valley or NYC you’ll know why they stand out; running a company during crises like these make for strong character building.