You might think Zynga’s newfound flexibility from the end of its exclusivity agreements with Facebook would encourage investors. Instead, $ZNGA is down 12.21 percent after-hours, likely because it’s lost its special relationship with the social network. Now it can launch games elsewhere and use non-Facebook payments and ads on Zynga.com, but it might stop getting valuable preferred treatment. 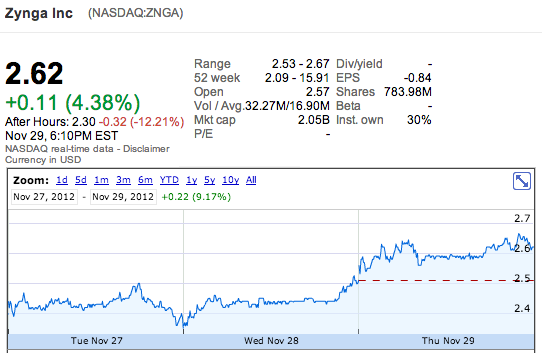 So why is this renegotiation problematic for the gaming giant? Zynga built and bought its way into a buddy-buddy relationship with Facebook in the early days of the platform. Zynga was building games that drew tons of time-on-site and return visits to Facebook. Meanwhile, it was spending a boatload on ads because a high viral coefficient meant that when it bought one new user, it scored several of their friends for free.

Because it was driving so much of Facebook’s revenue, Zynga was in a good place to negotiate. By the start 2011 it would contribute a full 19 percent of Facebook’s revenue. But back in 2009 and 2010, Zynga was aggressively pushing to pay less than the standard 30 percent tax on Facebook Credits. However, there was no proof that that deal ever went through.

Instead the two publicly announced a deal in May 2010 to have Zynga exclusively use Facebook Credits for five years at presumably the normal tax rate. Eventually they would also have deals to use Facebook’s ad units and virtual currency payments system Credits on Zynga.com and exclusively launch games on Facebook. The two companies were cosy together.

This year has been a different story as Zynga has hit tough times. By October, Zynga had only accounted for 7 percent of Facebook’s total revenue, down from 12 percent a year before. Its share price cratered, many executives left, and its standalone website hasn’t been a hit. Its special relationship with Facebook offered some hope, though. The potential for early access to beta marketing products and APIs, and Facebook testing its first foray into an offsite ad network on Zynga.com could give it an advantage over other developers. 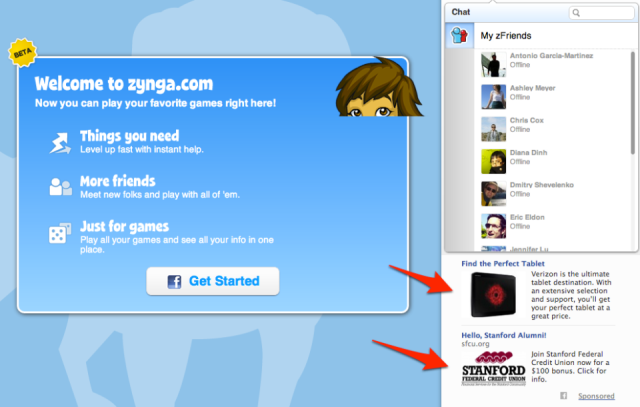 That leg-up was partly lopped off today. You can read Anthony Ha’s analysis of the amendment to their partnership agreement that the two companies just filed. Sure, Zynga.com could get a lower tax rate by using another payment system or be paid more by hosting ads for someone else. And it could exclusively launch games on other social networks. But Facebook is the lynchpin of Zynga’s business. Preferred treatment there could easily be worth more than all these other opportunities combined.

That’s how Wall Street seems to be interpreting it, at least. Zynga’s statement said it wanted to renegotiate the terms in a quest for flexibility. That could just be spin, though. Facebook may have wanted to un-anchor itself from a sinking ship and appear more fair to the rest of its developer ecosystem.

That might also be why my sources say Facebook didn’t want the clause in the amendment that notes it is now allowed to build its own games. I hear it has no plans to build games, and it damn well better not unless it really wants to piss off its other developers and cause a mass mutiny or exodus.