A decade ago, the news cycle for a CE product worked like this: a PR person contacted a major title – Laptop, say, or PC Magazine – and offered an exclusive for a cover story. “Hey,” they’d say. “Hot new laptop coming out! It’s got that new Wi-Fi!” An early version of the laptop would arrive at the title’s office and someone would write a detailed review of it because, let’s face it, there was little else to do at the office before the Internet was pervasive. Then, two months later the story would go to press and then maybe end up on some nascent Internet CMS hacked together by a designer after hours. The circle of life, then, for a tech product was about half a year. Plenty of time for back and forth, hand-holding, and handsome product shots.

The same thing usually happened for business news, but it was even less flashy. Some writer would receive a call from a local PR person who would explain that company X bought company Y. A few days later the piece appeared after the Sports section in a local paper with very little in the way of national distribution. A reader in Kalamazoo knew nothing about what happened in, say, Scranton unless a major paper had bureaus or writers in both cities. It was the ultimate in content curation and aggregation. The Wall Street Journal, in short, has always been a blog with resources and paper.

But, to hear the Cassandras wail it, that’s all over now and news gathering is in the toilet. That may be true for some, especially benighted corners of the news cycle where PR and access are still worth more than independence. But it’s important to understand why and how the speed with which we now work has improved the process. While I can’t defend the “reposting” of any press release without proper vetting (and to be clear plenty of people fell for the ICOA pump and dump scam), I think the value we’ve added to the process itself far outweighs some of the risks. We wield a weird sword these days and that’s both frightening and emboldening.

I’ve lived through the massive changes that wracked the news industry and I think our problems – the quick hits on unimportant deals, the intense desire to match obscure metrics – are the problems of the world at large. But by our very existence I think we do you, the reader, far more of a service than the business page of the Daily Bugle ever did. We post a lot of things for two reasons. First, lots of posts is the low-hanging fruit in the orchard of traffic. If the page is constantly updated, people come back. It’s that simple. Reddit isn’t popular because there’s one cat GIF at the top of the page for most of the day. It’s popular because that cat GIF goes away in less than 15 minutes and is replaced by another. If that sounds mercenary, then you, the readers, are the hiring generals in this French Foreign Legion of content churn. If we didn’t have to shovel this stuff into your constantly grinding maw we’d have a lot more time to write 4,000-word reviews of Atheros chipsets.

The second reason we post so much and so quickly is because we’re constantly involved in a conversation. It’s a conversation with tipsters, with readers, with creators, with makers, and, sadly, PR people. We post so much because that conversation is important to us and to you. A bored cubicle drone in Helsinki can discover that the world is changing in Stockholm and take the boat over to check it out. Your big game idea, the idea you made everyone sign an NDA over, has been copied by Rovio and all of your work went down the drain. One entrepreneur’s solution can be just the thing you need to make your students learn English gooder, to make your parents happier in their old age, or make playing console games a bit more fun.

Call it process journalism or call it “just talking” but what we do at TechCrunch and what they do at AllThingsD and what they do at TNW and GigaOm is approximately the same thing: we spread the word on important deals, inventions, and improvements in the tech industry. If that’s wrong then I don’t want to be right. 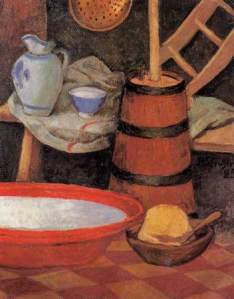 The problem comes when that churn, that endless wave of news, crests over our abilities to manage and vet. There is a call, for example, to slow down when it comes to coverage. You don’t care that Angry Birds Star Wars is out the moment it’s released. Why not just sit on that news for a few days, really give it a good dry rub? Why not give old Mighty Eagle a call, get him on camera. Really make an event out of it. We don’t do that because that’s even worse than pasting in a press release. There is a very large percentage of people for whom the words “Hey, Angry Birds Star Wars is out. You can get it here” is far superior to a 1,000-word article on how they got birds to look like Han Solo. We’re not any company’s marketing organ, no matter how many times we post about Apple. Those who want more can always find more. Always. So slowing down isn’t the answer.

Could we post less? Sure. I’d love it if we did. But we have a team of people who want to write. They want to get stuff up. They revel in breaking news even if that news doesn’t seem important to you, specifically. It’s like asking a gazelle to take the bus. So that’s out.

The answer, as far as I see it, is simple: avoid PR and PR newswires and keep the conversation going naturally. If you’re a founder, either hire a marketing manager internally or do it yourself. If you made something cool, tell us directly. At this point in the game gathering a list of friendly journalists is as easy as visiting 100 or so websites. It didn’t used to be that way. To get access to a newspaper you had to send a letter to an editor that would, inevitably, end up in the trash. Now you can spam a bunch of writers who are hungry to feed that maw.

I may sound a little cynical but I’m honestly not. In actuality, I feel our mission is as simple as the real motto of all journalism: “Afflict the comfortable and comfort the afflicted.” While I can’t say we’re reporting on the cure for cancer or sending in dispatches from the Eastern Front, we are creating a conversation to which many, many people are contributing. If what we write inspires a 19-year-old college student to open a dorm room business or a 60-year-old programmer to build a cool app, then we’ve done our job. If we’re pushing the conversation forward when it comes to Facebook privacy, UI improvements, and the globalization of infotech, then we’re doing what we need to be doing. If we jump, once in a blue moon, at something that looks like it might be the little guy finally catching a break (and it’s actually a pump and dump scam or a stupid product or a lie), forgive us or at least understand: We’re getting up every morning and not going to bed in order to keep you informed. If you don’t like that, there are plenty of other ways to get your news, but I feel few are as fresh or as fascinating as this new form of tech journalism that we are all now building.

CORRECTION – The image associated with this post before was a coffee grinder, not a churn. I chose a grinder originally because I thought of using an image of one of those grinders that chews male baby chicks into pulp at industrial hatcheries then felt bad for the chicks and thought the grinder looked cool. I do not own stock in any coffee grinder companies. I changed it so as not to confuse the literal-minded.