Social marketing startup Unified is launching the newest version of what it calls its Social Operating Platform, and with it a new application called adMonitor.

Unified President and Chief Strategy Officer Calvin Lui (who joined earlier this year) told me that adMonitor should serve as the “system of record” for social ads — in other words, it’s the dashboard where advertisers can bring data from different ad-buying systems together and compare the results.

These systems exist in other forms of digital advertising, but Lui said they haven’t really emerged yet in social. If a brand or an agency wanted to run a campaign today, it would probably work with several different ad companies and compare the results in a “bake off,” but to get the results, it would have to “call all three of them up or log into them separately,” then export the results into Excel and compare them as a spreadsheet. Not exactly the most efficient way to do things.

With adMonitor, on the other hand, Lui said advertisers should get “real-time, normalized access to data across all publishers, across agencies, across all listening vendors they may be utilizing.” In the adMonitor press release, Peter Gardiner, chief media officer at digital agency Deutsch, said, “Unified gives Deutsch the ability to bring order to the complexities of the social media ecosystem.”

Does it create a conflict when adMonitor is essentially reporting on data from Unified’s social ad competitors? Lui countered that adMonitor is really just providing transparency, but he also acknowledged that some customers might say, “Hey, we don’t want you to be a player in the bake off and be the referee in the bake off.” If some businesses want to use adMonitor but not Unified’s ad-buying tools, or vice versa, that’s fine too, Lui said. 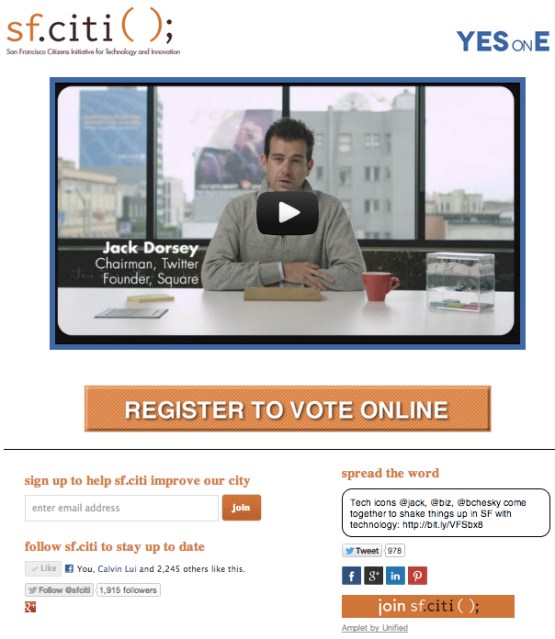 Other new features include the Brand ROI Timeline, which visualizes the results of a company’s various social marketing campaigns over time, and the Amplet Builder, a self-serve tool for creating the Amplets that Unified launched earlier this year. Amplets allow companies to promote ads and content across Facebook, LinkedIn, Pinterest, StumbleUpon, Twitter, and YouTube simultaneously, and Lui pointed out that they were recently used by the sf.citi group as part of the successful campaign in support of San Francisco’s Proposition E, in particular promoting the group’s tech-focused video. (You can see the Amplet below the video in the screenshot above.)