Location-based note-sharing app Findery, which famously had to change its name in July, thinks it might be onto a winner, creating a site for people to bookmark locations. But in fact, it was pre-dated by a European startup which today comes out of beta. We’ve been tracking the slick Everplaces since March – we called it a Pinterest for location – and have been impressed with its ability to create a destination app for travellers by allowing them to bookmark and share interesting locations. It has now launched a full-blown new iOS app.

The extra time it’s had in the market means Everplaces’ beta version spread to 90 countries, with the majority of users in the U.S., Germany and Brazil. It’s used mostly by foodies and design lovers.

The new fully-fledged 2.0 app helps people share relevant advice for dining out and travelling. It sounds easier than it is. Generally people download some vast app for the city they are visiting only to find it filled with stuff they don’t need. You know – the family doesn’t need the guide to all-night bars, and the clubber doesn’t need the nearest play parks.

“We believe that people today are totally unique, so we wanted to build a tool where different people get different information, based on who they are and what they care about,” says CEO and co-founder Tine Thygesen.

Thus, Everplaces allows people to discover and share advice for restaurants, hotels, and urban gems with people they trust. People noramlly ask for tips on Facebook and Twitter and end up with a long list. Everplaces makes it easier to save all this, so you get maps, images and descriptions right onto your mobile where it’s handy and organised.

The company is backed privately by tech entrepreneurs, among them Chris Persson, founder of Livebookings, the biggest restaurant booking system in Europe, and German online advertising duo Oliver Thylmann and Henning Lange of AdCloud and Ormigo. 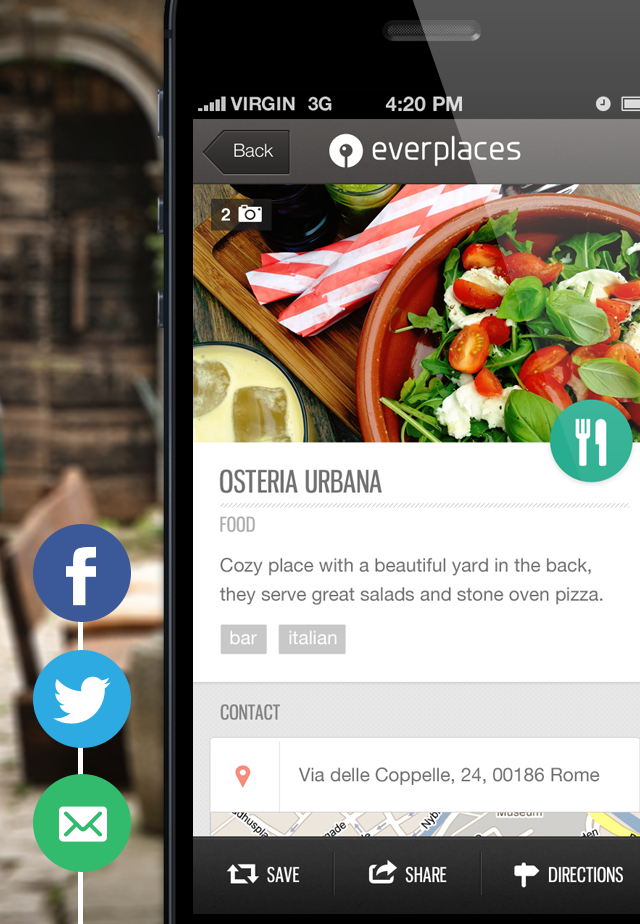