Editor’s note: Armando Kirwin is a filmmaker and consultant whose previous work has included Paramount Pictures, Microsoft, several startups, 13 feature films, and a handful of TV shows. Follow him on Twitter.

In case you haven’t noticed, wannabe Hollywood analysts, er sorry, I mean tech bloggers the world over, are breathlessly opining and propagating news about Netflix CEO Reed Hastings estimate that Amazon is spending up to $1 billion annually on content for Amazon Prime. Meanwhile, outside of the Silicon Valley Distortion Field, a.k.a. back in Hollywood, everyone who hears the exact same statistic is thinking: “So… what’s the big deal?”

We can understand this better by taking a quick look at the economics of a movie theater. It’s oft-quoted that exhibitors, or theaters, make all of their money from popcorn. This is essentially true. The profit margin on junk food can be as high as 90 percent, while the studios will typically take an average of 50 percent of ticket sales on a sliding scale that initially favors them approximately 90/10 and decreases over a period of weeks. The problem for exhibitors is that any ticket sales they manage to capture only serve to cover operating costs. Thus, all of the profit really is essentially generated by junk food. And exhibitors are completely beholden to Hollywood for the content that brings people into their theaters to buy this junk food in the first place.

Now here’s the newsflash: This scenario has already been playing out for years. Walmart bought Vudu, Verizon partnered with Redbox, Comcast has Xfinity, and of course we have Google Play, Apple iTunes, and Amazon Prime. Every single one of these companies can afford to play the Hollywood content game because they have the ability to make money on other higher-margin goods. I have friends who buy everything from TVs to toilet paper on Amazon.com. iPads, Kindles, and Nexuses are really just hardware gateway drugs for content — Amazon and Google can afford to hand them out like candy (get it?). Even Dominos effin’ Pizza has a video on demand (VOD) service now! Hollywood plus high-margin junk food in 30 minutes or less.

So with a context that is actually grounded in current reality and recent history, it’s pretty obvious that Amazon spending $1 billion on content isn’t all that surprising. You can expect more of that in the years to come.

But here’s the kicker, and the real lesson for you, dear reader: Netflix is going to die. Realistically speaking, Netflix is not magically immune to the same forces everyone else has to deal with. And it’s not just the cost of content acquisition they have to worry about. Death also lurks in the race to the bottom caused by an ever-increasing quagmire of streaming competitors (especially from those who can make money elsewhere) regardless of whether they’re subscription or VOD.

Don’t get me wrong. I too have fantasies about Netflix somehow being able to compete with all of these other, more profitable players while also paying Hollywood rates to make original content to compete with vastly better funded and experienced Hollywood players. But let’s face it, the chances of success in either scenario are really small. 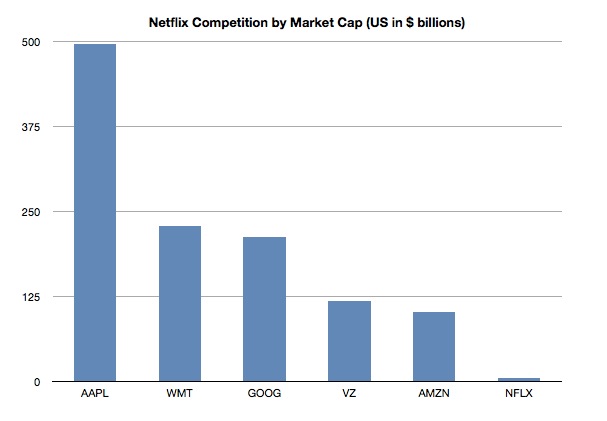 I mean, come on! How could Netflix ever compete with the largest ecommerce company, the largest retailer, the largest advertising company (yeah I went there; sorry Google, just being honest), and the largest movie studios in Hollywood, all at the same time? It would take an insane amount of money to even try — way more than a measly $1 billion. Hmm, I wonder who has that kind of cash laying around…?

Suddenly, a Microsoft acquisition is starting to make a whole lot of sense, and I don’t think I’m the only dude who agrees. 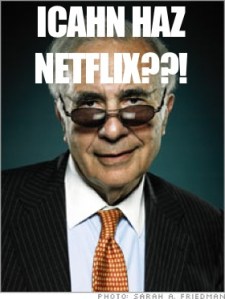