Google says that it will soon bring December back to Android 4.2. Google’s latest version of its mobile operating system shipped with a rather embarrassing oversight: December is missing from the date picker in the People app, making it rather hard to enter birthdays and other dates. While December is prominently featured in the calendar, it’s missing from on of the central apps in Android 4.2 Jelly Bean.

In a post to the Android Google+ feed, Google just acknowledge the bug and promised to release a fix soon:

We discovered a bug in the Android 4.2 update, which makes it impossible to enter December events in optional fields of the People app (this bug did not affect Calendar). Rest assured, this will be fixed soon so that those of you with December birthdays and anniversaries won’t be forgotten by your friends and family.

It took Google surprisingly long to acknowledge this bug. It was first discovered five days ago, but even though the issues was widely reported, the company didn’t publicly acknowledge it until today. “Soon,” of course, doesn’t give us a firm date for when to expect a fix, but at least it’s now clear that the company is on it and will offer a fix in the near future. 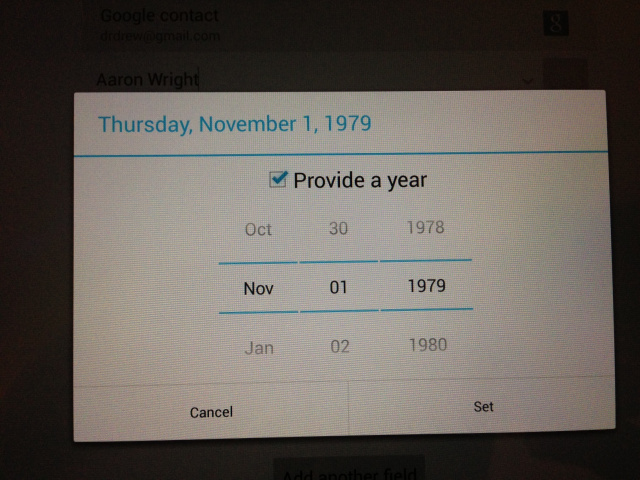