The revolution has already begun.

Television video content, notably news and live TV, are no longer relegated exclusively to the TV screen, and a new startup called Glocal is doing its part by being a hub for local news videos. The company just launched out of beta with a handsome website that scrapes all local news content and categorizes it by location.

The U.S. is divided into five separate regions, and from there you can zoom to localize down to a specific city. Right now you can’t get super specific (I tried to search for Athens, GA where my sister goes to UGA), though almost all big cities (like Atlanta) are present.

Users can also navigate by category, such as Sports, Entertainment, Tech, Business, etc. The best part is, there is never a shortage of videos available, as Glocal scrapes local network YouTube channels and sources with embeddable content like Reuters, Businesswire, etc.

Obviously, users will enjoy wandering through the bounty of local content from their own city. But there must be a demand for local news in areas where friends or family members live, too, or perhaps travel destinations for work and pleasure.

The service just launched out of beta three weeks ago, with visits increasing 53 percent in the first week, 24 percent in the second, and 171 percent in the third week. Returning users are also on a growth spurt, usually watching more than one video. 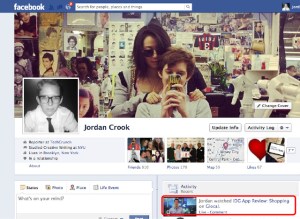 Once you sign in with Facebook Connect, the site uses your information to better customize your stream of news based on your location and connections. In return, every video you watch gets posted on your Facebook Activity stream (not direct to timeline, but in the Activity Stream widget).

You must watch the video for a certain period of time before Glocal sends it out to your Facebook, and Glocal makes this clear with a notification below the video. 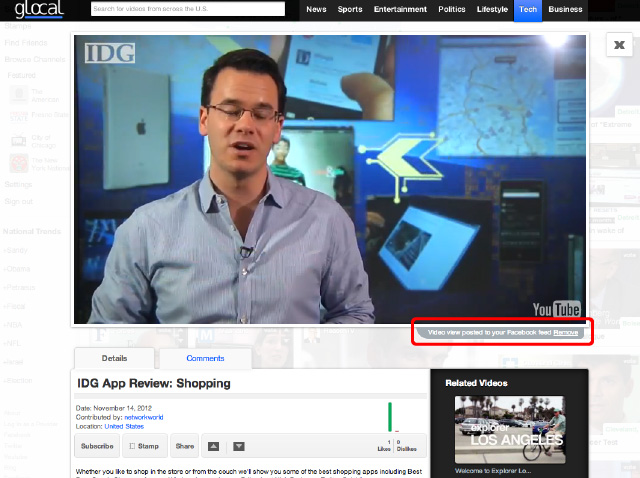 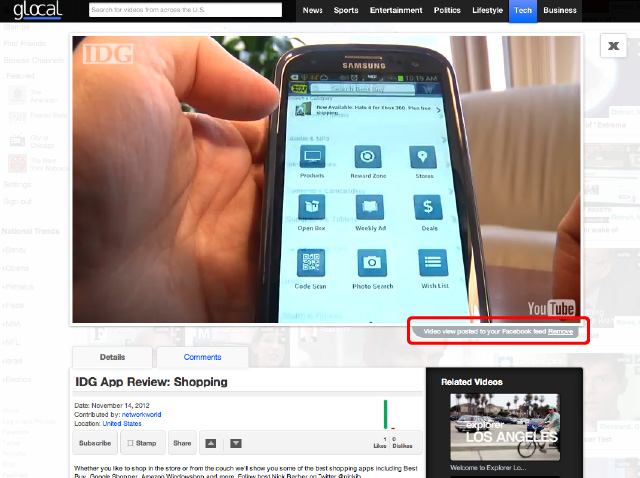 We met the founders in Ann Arbor on our Northern Meetup Tour to better understand the competitive landscape in delivering local news over the web.

“No platforms address video aggregation at the local level taking a geographic approach to informing its users of the news around them,” said Lincoln Cavalieri. “We see news providers as partners, not competitors, as Glocal’s platform is built to help them expand their reach to more viewers.”

The company makes money by sharing ad-supported revenue with partners, and they have plans to build video editing software directly onto the platform allowing small businesses and news providers the ability to upload compelling video to local viewers.

Glocal is still growing, and is focused on improving the product based on real-world feedback while managing their growing list of users.