Mozilla’s Firefox OS (also known as Boot to Gecko), a mobile operating system that focuses on web technologies like HTML, CSS and JavaScript, is quickly moving through its development stages. While it’s already possible to install Firefox OS on many phones, the Firefox OS team today launched its Firefox OS Simulator. The simulator, which is still considered “experimental,” is basically a Firefox add-on that should run on Windows, Mac and Linux (though there are currently some known issues with Linux and Windows XP). 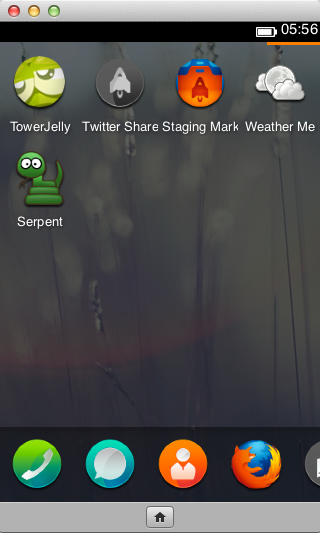 Once installed, the simulator will automatically keep itself updated with the latest snapshots from the Boot to Gecko (B2G) project so that developers who want to start working on apps for the new OS don’t have to worry about working on an outdated version. As the Firefox OS team notes in the announcement today, “the Firefox OS Simulator is the easiest way to try out Firefox OS apps today and to verify how they’ll look before submitting them to the Marketplace,” the organizations new app store for mobile web apps.

Unlike other simulators, Mozilla notes, the Firefox OS Simulator doesn’t create a virtual computer. Instead, the add-on essentially brings B2G Desktop – the desktop version of the operating system – to the browser. Mozilla previously launched a B2G mobile simulator in October, but at the time, the project was still considered a highly experimental prototype.

Mozilla hopes to release version 1.0 of the simulator very soon (today’s release is version 0.7). The main goal the team hopes to achieve by version 1.0 is to “make it easy to run B2G and install apps that you’re working on into it.”

If you’re interested in developing for Firefox OS, also take a look at some of the latest posts about the project on Mozilla’s developer blog. 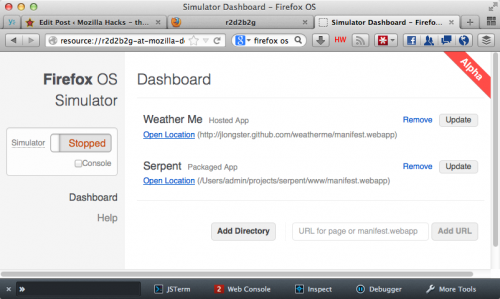