Apple has done a lot to push the envelope with mobile phone-based cameras, but where it’s mostly made smart improvements to hardware and firmware, Camera+, has been a real innovator on the software side. Today, Camera+ is innovating once again, adding a number of new features to the mix including front-facing flash, a horizon level for straighter pictures, and a live exposure mode that gives you DSLR-style real-time information about your photos as you’re taking them.

The new Front Flash addition means when you’re doing selfies for your Instagram feed you can get much better exposure even in completely dark rooms. Of course, there’s no LED on the front of the iPhone, so it’s just a matter of quickly flashing up the brightness of the iPhone’s screen itself to provide a little illumination, but it’s an effective trick for less than ideal shooting conditions, as you can see in the photo below. 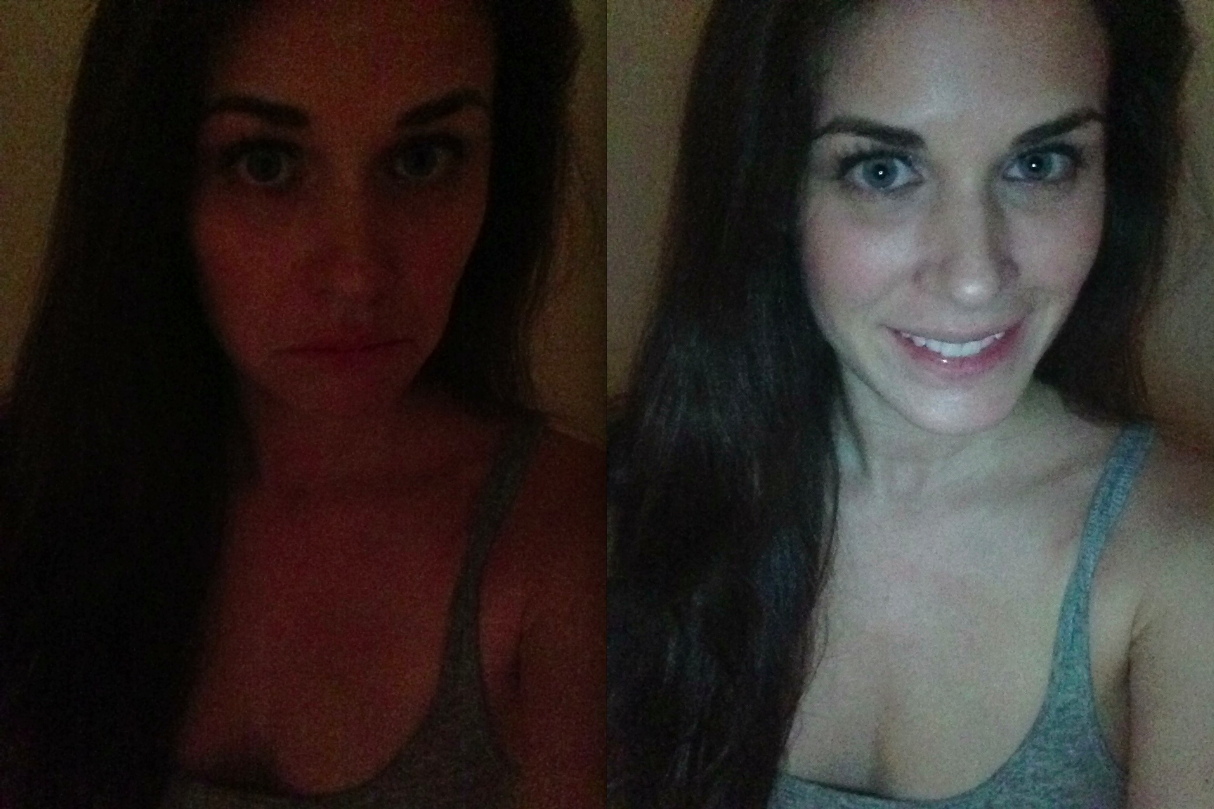 A horizon level (pictured at top of this post) is something that I use all the time on my own dedicated compact camera. All it does is provide a line against which you can level the horizon, which is especially useful for landscape scenery shots. On my own, I’m completely unable to take level shots; I’m seriously convinced that it’s a fundamental physiological flaw of some kind. Anyways, this feature from Camera+ is a simple, effective workaround that doesn’t feel as intimidating or view-obscuring as some other implementations I’ve seen on much more expensive camera equipment. 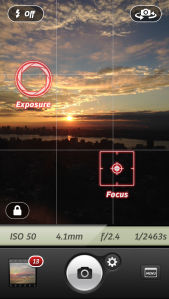 The Live Exposure mode offers exposure information like ISO and shutter speed, and tells you how iOS is adjusting those values to automatically generate your best possible final product. You can’t adjust those values, as you would be able to with a DSLR or compact camera in manual mode, but being able to see them in real-time is sure the appeal to photo geeks who use their mobiles when it’s impractical to bring out the big guns. Also, this will help mobile photographers gain insight into why some of their photos turn out better than others. Plus, the Live Exposure info bar pushes up the viewfinder, providing a 100 percent accurate representation of how your final shot will turn out on the extended screen of the iPhone 5.

Camera+ is a great example of the kind of long-term success developers can achieve by committing to a long product life cycle for a mobile app. It’s easily among the most successful titles of all time on the App Store, and its commitment to value-added updates like the one released today is a huge reason why it continues to be a favorite.