Three weeks ago, Microsoft announced that it would hold a free global hackathon in over 100 cities around the globe. Today is the first day of this “Wowzapp 2012” event, and Microsoft just announced that it has managed to attract over 17,000 developers – many of them students – who are currently working on their Windows 8, Windows Phone 8 and Windows Azure apps with the help of mentors from Microsoft. The event is scheduled to run until November 11.

Wowzapp is mostly geared toward students, but it’s open to all developers who are interested in building for the company’s new platforms. Microsoft will provide all participants with the necessary tools to build their apps, including a free Windows Store registration code (this one is only available to students, though) so they can easily submit their projects to the Windows 8 and Windows Phone 8 store (but the code still has to go through Microsoft’s regular approval process). 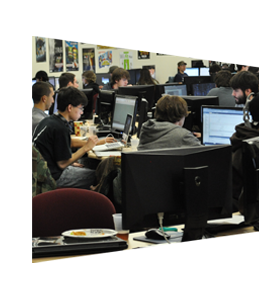 “With more than 16,000 students registered to participate, Wowzapp 2012 will be the largest simultaneous hackathon of student developers ever, acting as a catalyst to bring a wealth of new, exciting and quality apps to the Windows Store,” says Moorthy Uppaluri, the general manager of Worldwide Academic Programs at Microsoft. “Microsoft is committed to empowering students with the tools and resources they need to showcase their creativity and make money through app development.” The project, Microsoft says, “is a chance for students to explore a different professional path.”

Microsoft, of course, runs a number of events focused on college students, including, for example, the Imagine Cup (and it’s worth noting that Uppaluri is also one of the driving forces behind Imagine Cup). Besides the academic ambitions here, though, Microsoft is obviously also interested in getting more apps into its stores.

When Windows 8 launched, Microsoft was regularly criticized for not having enough good apps in its store. Events like this, the company surely also hopes, will help accelerate the growth of the Windows 8 ecosystem.