LeWeb Paris, one of Europe’s premier tech conferences, is just about a month away and, like every year, part of the event includes a TechCrunch Disrupt-like startup competition. This year, LeWeb founders Loïc and Geraldine Le Meur partnered with Guidewire to produce the competition.

The motto of this year’s event is “The Internet of Things.” The finalists will get to demo their products in LeWeb’s Startup competition Lounge during the three days of the event (December 4, 5, 6) and compete to pitch their companies in on the plenary stage on the final day of the event. Last year, the conference drew 3,500 participants from 75 countries and the startup competition was won by UK startup Blippar, which went on to raise a seed round from Qualcomm earlier this year. 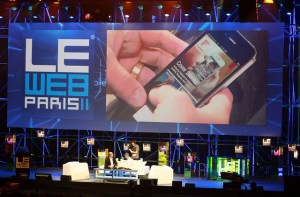 The finalists hail from all across Europe, though the southern part of the continent seems to be doing especially well, with three Italian companies and two from Spain. South America will be represented by Chile’s social payments service Biletu.com and the one U.S. company is the fashion/tech startup Agent of Presence.

Here are the 16 finalists:

Like every year, quite a few of us from TechCrunch will make the trek to Paris next month. As usual, we will be both on stage and behind the scenes to report from the conference.