Google Voice seems to be having some issues with sending SMS messages today, as a number of blogs reported earlier this morning. The Google Voice customer support forums are filling up with complaints about text messages being sent from different phone numbers than the ones they should originate from. For some users, these numbers change every time they send a new text message, which makes it rather hard for the recipients to figure out who is trying to text them and so responses never arrive (or they go to unsuspecting users who are now confused about who is trying to text them).

Update: Google says the issue has been fixed.

Google Voice experienced an issue displaying the incorrect caller ID for outbound SMS. The issue should now be resolved. We apologize for any inconvenience caused.

We reached out to Google for comment and will update this story once we hear more. 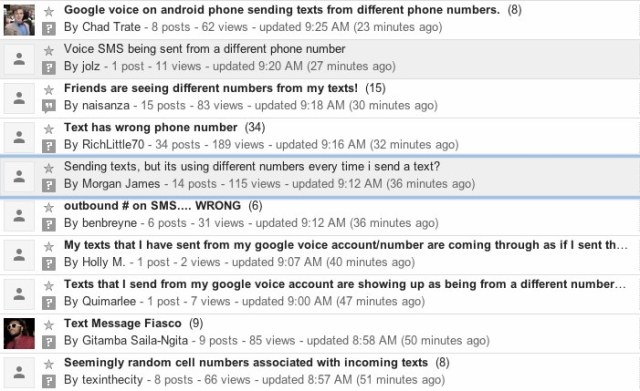