Just when you thought that the site Delicious was dead and gone, it’s back…again. Since being acquired by AVOS, headed up by YouTube co-founders, the site has had a few revamps. It was purchased from Yahoo! last year, and at the time, Yahoo! said this about that group: “As creators of the largest online video platform, they have firsthand experience enabling millions of users to share their experiences with the world. They are committed to running and improving Delicious going forward.”

The service was, and is, all about collecting and sharing links to things that you find interesting. Yes, this was also the premise of Digg, and kind of the premise of Reddit, but the Delicious team isn’t giving up. Digg didn’t either after it sold to Betaworks, so sure…why the hell not?

Today, the team has announced a brand new demo site to get a taste of the near-future for Delicious. It’s clean, fast and goes back to the Delicious roots in a way. The company says that it’s not complete, but wants your feedback. The site is definitely more user driven. When Yahoo! purchased it and half-announced its sunsetting, the community cried foul. AVOS saved the day.

With a focus on discovering things and not just saving links, you might actually find some interesting news on the new Delicious. 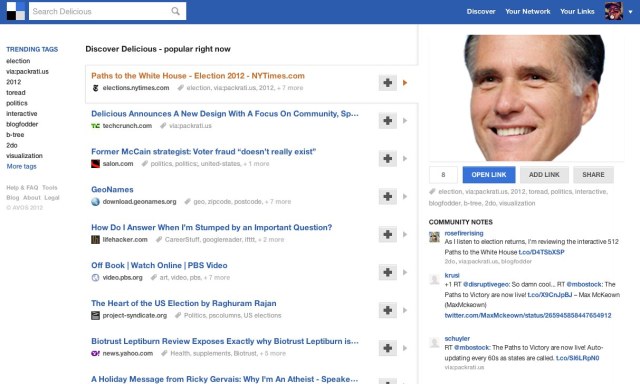 It kind of looks like the very early version of Digg, doesn’t it (circa February 2005): 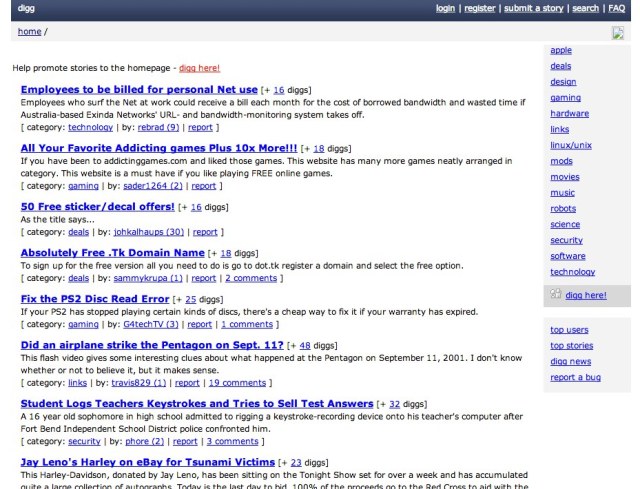 Here’s what the team had to say:

We’re proud of what we built and we hope you’ll like it too! This is just the start of what’s to come. More will be revealed as new features get released, but for now, we wanted to share a few of our guiding principles:

Community Matters
The Delicious community is a passionate bunch – consuming millions of links every day while collecting the best content on the net. In the future, we’ll make it easier for users to not only save their own links, but to discover the most interesting bits and bytes on the web by leveraging the crowd-sourced wisdom of our community.

Need for Speed
We want Delicious to be fast. Really fast! To that end, we rewrote the codebase and streamlined the user interface. Content now renders instantly and can be consumed in a single pageview – making it even easier to navigate the site.

Mobile Friendly
With our new iOS app (currently in development) users will be able to access their links wherever they go, and we have a roadmap in place to improve the way Delicious is consumed across a multitude of devices. So whether you’re an Apple fan or an Android loyalist, don’t worry, we have you covered!

Take a look at this screenshot, which shows a full-blown profile:

It looks a little bit like a dashboard for you to run through all of the bits and pieces you’ve collected on the web. I’ve stopped using Delicious, but there really is a need for a good service like this. There are apps like Pocket that handle this quite well now, but the online component is still important as far as I’m concerned. 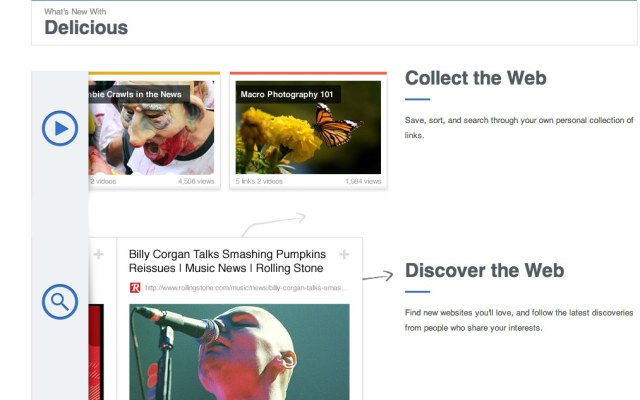 Will people bite? Will the original users love it? Time will tell.