When I first met Micah Baldwin about five years ago, he was working at a company called Lijit, which helped bloggers monetize their content and keep track of how their sites were doing. I could tell that Baldwin was a passionate guy at that moment, scanning the crowd around us to make sure that everyone was having a good time.

It wasn’t even his party.

As we got to know one another, I watched Baldwin help a bunch of companies and then take the driver’s seat of one called Graphicly. The company aimed to be a new type of marketplace for comic books, something that I wasn’t really into. I don’t read many books as it is — I mostly consume information online — but I definitely wasn’t into the whole comics thing, even though I dig the movies that feature superheroes.

When Baldwin and I crossed paths the other day (we both live outside of San Francisco in San Mateo), I asked him “How’s the comic book business going these days?” His response? “We’ve moved on from that.” I was intrigued, and clearly out of the loop, so I asked him a few questions. After that quick chat, I asked him to sit down with me to discuss what Graphicly is up to and where he sees digital publishing going in the future.

Baldwin has learned quite a bit in the past few years. Graphicly has raised just over $5 million and has advisors such as Tim Ferris and Gary Vaynerchuk, both guys who are well-respected in the tech industry as well as outside of it. Here’s our chat: 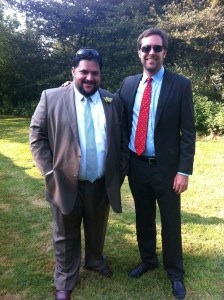 TechCrunch: How did Graphicly start?

Micah Baldwin: Graphicly was a part of the 2009 TechStars program. I was a mentor, still am. I really liked the team and where they were going. I’m a big believer in storytelling and what they were doing was helping hidden stories get found. I was mentoring another company and was asked to work with this team. They were looking for a CEO/co-founder-type person, so I left Lijit and helped them raise a million bucks and we just went for it.

TechCrunch: Tell us about the company culture, how big is Graphicly, where are you located?

Micah Baldwin: The company is 15 people. We’re actually completely virtual with no HQ. If we did have a “HQ” it would be in Palo Alto, technically. We’re driven by production and we believe that everyone is excellent. We expect them to do amazing work because we hired them for a reason. It’s very production focused here. I learned that at ServiceMagic, it was 100 percent you either produced or you were out of a job. We’re not quite like that, but it makes things really clear. My role is to create a world where we’re very supportive of each team member’s ability to succeed, and their goal is to accomplish whatever is on their plate.

TechCrunch: When did you know that you were on to something?

Micah Baldwin: We struggled for the first couple years of the business. We had a very clear mission. There are a lot of great stories hidden that need to get out there. But we struggled on how to enable that. It was the end of last year, beginning of this year when we switched from being a marketplace where we were trying to sell stuff. The problem with a marketplace is you just become a store and you don’t help the people find great stories and publish great stories. Our vision wasn’t fitting with what we were building. We struggled.

We shifted to providing tools to publishers to get their stories out there. Because of what we do right now, which is focusing on helping publishers get onto major market places like iBooks, Kindle and Google, we in essence have an install base of 300 million+. We don’t have to market anymore. We teach a man to fish vs. give a man a fish, and that’s when we started to accelerate rapidly.

By March of this year, we had surpassed our revenue from the entire previous year.

TechCrunch: When did you decide to start expanding outside of comics?

Micah Baldwin: Our belief was that comic books were a great way to tell a story, very visual, very distinct. We realized that we thought it was a great way to get started. We had always planned to expand past comics, but last year we figured out that we were artificially limiting ourselves by only doing comic books. Stories are told in many different ways, YouTube videos, Instagram photos or a great novel. For us to sit in one genre, it really created a world where we weren’t reaching our vision in getting great stories seen.

Our tools are now agnostic to genre; we have all kinds of them now. For inspiration, I love Gordon Ramsey. I’ve written blog posts about how much I like him. I thought about how he tells his story, and how cookbooks are an amazing storytelling medium. If you get a really good cookbook, it talks about the journey in a fun way. Cookbooks would be an amazing genre to get into, so we did it. Then kid’s books, then graphic books, novels, etc. etc. etc. It became very clear that comic books were a limiting thing. 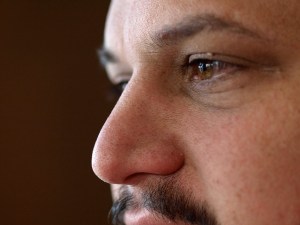 TechCrunch: What is it about publishing that is ripe about disruption?

Micah Baldwin: The word disruption is an interesting word. Here in Silicon Valley, we talk about it like “replacing” things. The truth is that disruption can also mean efficiency, cheaper better and faster, so publishing is an interesting space, because unlike movies and music, they’re not fighting digital. They just don’t know how to get there.

Penguin and Random House are merging to create efficiencies around digital. Random House in 2013 will have 25 percent of its sales coming from digital.

Publishing gets it. We’re learning all of this in phases, and that will give us the advantage in the end. We don’t want to compete with Amazon or Google, we want to make the whole process more efficient.

TechCrunch: What’s on deck for the future?

Micah Baldwin: The next big thing that we’re working on right now is injecting media like videos for enhanced books. Publishers are spending $20-50k to create book “apps.” Those book apps have most of the functionality that you can get inside of a digital book, as far as interactivity. With our approach, the cost then drops to $2-3K and accesses their back catalog.

Digital brings the back catalog to life in the way that iTunes did for music.

TechCrunch: How are you involved in other startups? Mentoring? Etc.

Micah Baldwin: I mentor at 500, TechStars and Upwest Labs. I’m an advisor to 10-12 startups. I mentor startups when I’m not “working.” I like to enable changing the world, so I spend a lot of time doing that. I grew up in Silicon Valley, I’ve been here forever, and I’m watching it grow. This is the real reality…people helping people, helping them grow. For me, this is it. It’s my life. It’s what I love to do. It’s what I’m supposed to do, and somewhere, others have lost that zest along the way.

Baldwin and Graphicly aren’t the only ones playing around with the next steps for digital publishing. Ev Williams of Blogger and Twitter success also has his own thing going with Medium. Even Matt Galligan’s new company, Circa, is trying to change the way you consume information.

What we read might never change, but how and where we read it most certainly will. Baldwin is at the forefront of these efforts and it’s nice to know that Graphicly has moved on from just doing comics. While there’s certainly an audience for them, it’s not as big as the population of the entire world. There are many stories to be told and read, and who knows, maybe I’ll start reading more books once again. I sure as heck won’t be watching TV.