Silicon Valley might be in for a big weekend. The Giants won the World Series. Oh, and quite a few new Facebook millionaires were minted. The social network’s employees got a $3.1 billion bonus this week as their restricted stock units turned into shares they can actually sell. COO Sheryl Sandberg scored about $400 million herself, and just sold off $7.4 million.

Now the question is whether Facebook employees will stay, or take off for a start up or Hawaii. 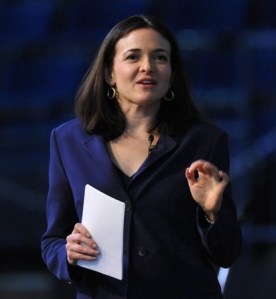 Facebook’s earliest employees have been at the company for almost nine years. Even if you love your job, that’s a long time to be doing the same thing.

All the while they were getting paid partly in restricted stock they couldn’t sell. One of the reasons Facebook IPO’d in May was to reward these employees for their years of loyal service when they could have ditched it to work at safer companies like Apple.  It’d let them finally turn their stock into cash and buy that dream house, sports car, or pay mom and dad’s mortgage.

First they had to wait for the post-IPO stock lock-up period to end, and for some it did this week. High-ranking executives got the biggest paydays. Here’s how many shares they got after Facebook kept 45% to pay taxes, and how much those shares are worth today at $21.27 per share.

Some estimates put Sheryl Sandberg’s total net worth around $2 billion, making her one of the wealthiest self-made women in the world. Meanwhile, lower-level employees probably came away with a tens or hundreds of thousands of dollars worth of stock from 149 million shares worth $3.1 billion that Facebook handed out this week.

CEO Mark Zuckerberg has no plans to sell any of his huge stake in the company, but felt a duty to bring Facebook public and give employees the opportunity to cash out. What those employees do next could influence whether Facebook stays on top of the social networking world, or gets disrupted by a younger company and fades away like Myspace did.

Some teammates might leave to join startups. With cash in the bank, it’ll be easier to take a risky but adventurous job at a company that might fail, and that pays in stock instead of cash. They’d be trading a steady paycheck, a well-known name, and perks like in-house chefs for leadership roles where they can define the future of a new business.

Others could pursue life-long dreams they put on hold to work at Facebook. Travelling around the world, pursuing a life of art or music, or volunteering for a worthy cause could pull employees away from the social network. 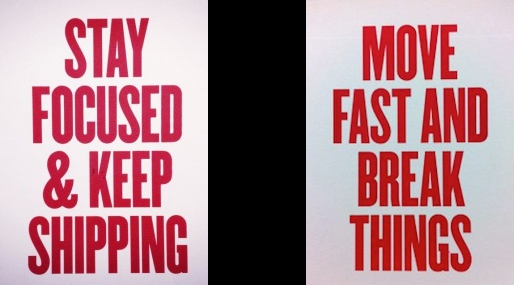 But building a product that 1 billion people rely on is a pretty strong reason to stay put. And despite the sagging stock price, I know brilliant people from Silicon Valley giants like Google that have just taken jobs at Facebook.

If it wants to keep top talent from slipping away from the tech scene or leaving it to found new competitors, Facebook has to keep employees excited about its mission. Sure, you could start a band or lay on the beach. Or you could connect the world.

Check our more of our most popular Facebook stories:

Here’s What Could Destroy Facebook
Zuckerberg Shows He’s The Right Man For The Job. Now That Job Needs Doing
Why Zynga Failed
The Google AdSense Killer And 3 Other Ways Facebook Could Make A Lot More Money