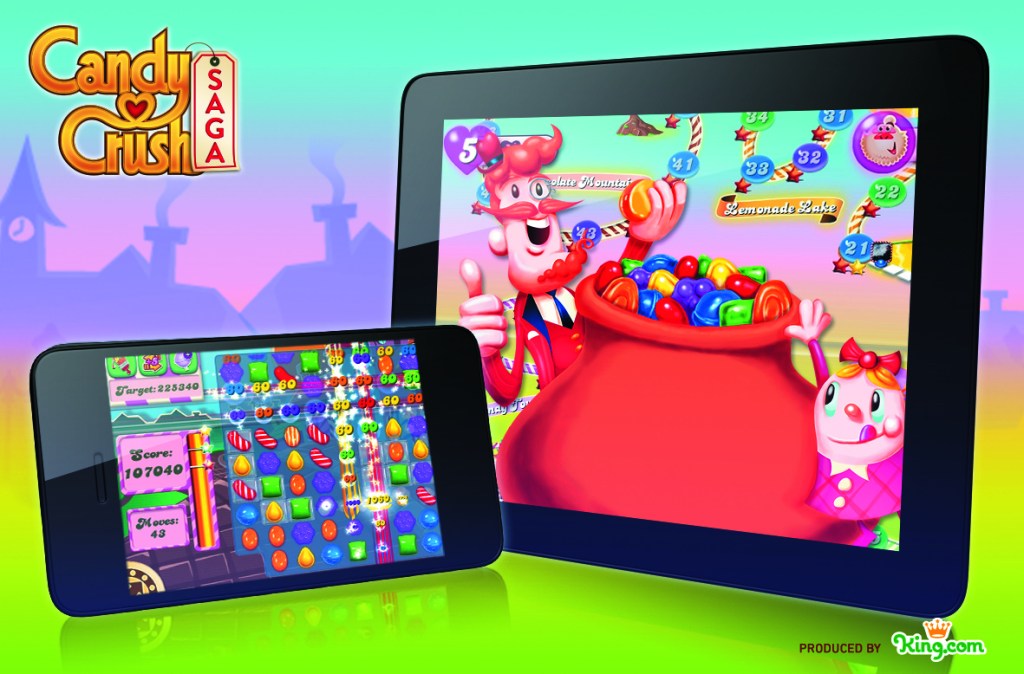 Mirroring a shift in the rest of the social gaming industry over the past few years, European developer King.com is making a big push onto mobile platforms with the release of its most popular Facebook game Candy Crush Saga on iOS next month.

The new mobile game has a very deep integration with Facebook, featuring cross-platform play where you can take your achievements and virtual currency purchases from the Facebook canvas into the native iOS app and vice versa. Candy Crush Saga has just under 5 million daily active users on Facebook, making it the platform’s fourth largest title by daily usage behind Zynga’s Farmville 2, Texas Hold ‘Em and Words With Friends. It’s a classic Match 3 game, where players have to match three types of candies in a row to get through a virtual world with Yeti and Loch Ness Monster characters.

The game is a big test of whether Facebook’s newly amped-up mobile platform efforts are actually successful at bringing a hit on one platform to another. As such, cross-promotion between the Facebook and iOS versions gets prime placement in the design of the canvas game. There will be links inside the Facebook canvas version that send users directly to the app store to get the mobile game.

King.com is not totally new to mobile gaming. They did a mobile version of Bubble Witch Saga, which has hovered in the top #100 grossing apps for the last month or so on the iPhone in the U.S. It’s done better on the iPad with a top #50 grossing ranking in the U.S. However, this all happened just as Facebook unveiled ads for mobile apps and a mobile ad network involving third-party apps. So the potential for both companies to drive users from one version of the game to another is greater than it was six to 12 months ago.

And it’s still early for King.com, which is not nearly as diversified onto mobile platforms as its competitors are.

“Mobile is still at the beginning for us in terms of revenues,” said CEO Riccardo Zacconi. “We only have just launched one game. But the monetization is very good. It exceeds our expectations.” He said that players on both platforms are 50 percent more engaged in terms of sessions.

The company has about 300 employees and eight offices around the globe. While the company had been hinting about a potential IPO next year, Zacconi says he isn’t phased by Zynga’s dismal performance in public markets, where shares have lost about three-quarters of their value since the beginning of the year.

“The best strategy is always to execute,” he said, adding that revenue has at least doubled from last year and that the company has been profitable since 2005. “We have not decided whether to go for an IPO.”

The company last raised funding seven years ago, with a $43 million round from Apax Partners and Index Ventures.