“The art of narration and dramatic presentation, together with a keen sense of the oral epic style, became a characteristic quality of the Russian people.” —Vladimir Propp, Morphology of the Folktale

At the end of a week filled with product launches and press conferences, it’s hard not to compare those marketing events. Without even talking about the products, some were much more compelling than others. And it all comes down to the story that you tell, as a company. Failing at that task will greatly endanger your product.

Over the past few days, I had the chance to watch and write about iPad mini‘s keynote, attend Samsung’s Galaxy Note II launch event in New York, and go to Microsoft’s Windows 8 conference (and its secret Surface conference).

It’s no mistake that all of those things are happening at the same time. Even though Google had to reschedule its Nexus event, it’s only due to a hurricane. The company would have gladly unveiled its new devices shortly after its competitors.

They want to dominate the news, retaliate and change the subject as quickly as possible. That’s why Surface reviews were all published at 8PM on the day of Apple’s keynote. It’s a coverage war. 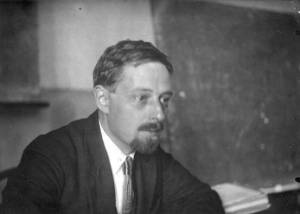 Yet, timing and money are only a small part of the equation. What many companies fail to realize is that you have to tell a compelling story in order to stay relevant, convince potential customers and drive sales growth.

Even though technology as we know it is very young, the art of narration has existed for centuries. Building on the work of Russian linguist Vladimir Propp and French philosopher Gilles Deleuze is essential. Propp demonstrated in his book Morphology of the Folktale that Russian fairy tales all had a common structure. He rigorously explained the complex pattern and analyzed all the little details that make those stories work so well.

Just like technology is ruled by science, storytelling is ruled by theorems and implications.

Are you telling a story?

As we’ve recently learned, Wayne Goodrich played a key role at Apple. He was the person working behind the scene before an Apple keynote, writing the text. Even more important, he created a narration around the product launches. It was his job.

Years after those keynotes, I can still remember Scott Forstall asking questions to Siri, Steve Jobs awkwardly browsing the web on a couch with the iPad, and of course the now famous iPhone unveiling. “An iPod. A phone. And an internet communicator.”

If you present things properly, if you go further than the specs, they will stick in your mind. You just get it.

On Tuesday, Apple unveiled the iPad mini. The anticipation was incredible and we knew nearly everything before the event. In those cases, narration is key. When you ask me about the keynote, all I can think of is that the iPad mini is small and light. In other words, specs.

At Samsung’s press conference, the company talked a bit about the brand in the U.S. and how it has gained a lot of recognition over the past year. The Twitter and Facebook numbers were really impressive.

As there was nothing new at that conference, I spent the rest of the conference thinking about the little things that could have triggered Samsung’s incredibly successful year with its smartphones. Of course, products play an important part, but there are many Android smartphones out there. So there must be something else.

And it hit me when seeing the video ad and reading “The Next Big Thing Is Already Here”. The aggressive ads against Apple didn’t start before the launch of the iPhone 5. It started a year before that, with the Galaxy S II commercial.

Samsung has stubbornly sticked with the same narrating strategy over the past year. When talking with friends who aren’t working in this industry, it’s easy to realize that it has definitely worked. Every few days, I get the question “what does the iPhone do better than Samsung phones?”

As you can read in the comments everyday, people are passionate about their phones. By talking to these very vocal people, Samsung has found a way to spread its message very effectively. It’s all about the story.

At Microsoft’s event, it was something completely different. The audience was composed of two very distinct groups of people: media people and OEM partners. The company went through all the new features of the Windows 8 modern UI and all the new tablet/laptop hybrids from its partners. It was both boring and uninspired.

I’m very excited about the new operating system, the Surface and, more generally, the paradigm shift occurring with Windows 8. I think it’s an important tech launch this year — maybe even the most important one. But the excitement wasn’t there. I wanted them to tell me a story, and they failed.

Is the story compelling?

Telling a story is one thing, but it has to be a good one as well. Otherwise, at best it doesn’t resonate with the potential customers, at worst it becomes awkward.

An example would be the Windows Phone 7 ads: “it’s time for our phone to save us from our phones.” Yes, the little scenette showing people forgetting about their environment because they are focused on their phones are funny.

But if I’m concentrated on my phone, it’s because I like it. I don’t want to have a phone to ignore it. It would mean that I have nothing to do with it.

What do the users have to say about your product?

If you get the story right, the salespeople, the early adopters and the early majority will propagate the right message around your product. Otherwise, the salespeople will just say meaningless ineffective things about the product.

Are your clients interested by your story? Could they become the main character? Thanks to the story, the clients can become product advocates. And who hasn’t talked recently with a friend who couldn’t help saying all the wonderful things that happen when you own a Galaxy S III.

Caring about propagating the story is as important as the story itself. When I received my Kindle Paperwhite, there was letter from Jeff Bezos. I remembered that it was on my first Kindle too and expected the same kind of letter. But Amazon wrote a different letter, a version for existing Kindle owners. Here’s how it starts:

The attention to the little details makes me want to tell the story as well, even if it is one of the simplest ones with the Kindle — it’s not a device, it’s a way to read. I’m still waiting for the company who will crack the code of storytelling — just like Vladimir Propp did for fairy tales — and get it right every time, with every product launch.