500 channels and nothing on. That’s the old refrain about the amazing amount of content available through today’s cable packages. The problem, though, isn’t that there’s nothing on — it’s that the good stuff is impossible to find. That’s why Boxfish, like a few other companies out there, is trying to help users find out what to watch on TV.

The main focus of Boxfish is to replace the cable box’s electronic programming guide, or EPG. Anyone who has sat there on the couch and scrolled through the guide — and that’s all of you — knows that it’s a painful process. “The EPG is a joke,” co-founder Eoin Dowling told me. And so the Boxfish team set out to build something better.

Boxfish launched its Live Guide app about eight weeks ago, and has been working on refining it ever since. The big problem with the old app was that there was just too much stuff going on. You had trending and favorites and headlines and all sorts of junk all over the place. It was quite busy. The new app collapses all of that, making it easier to just, um, see what’s on TV. 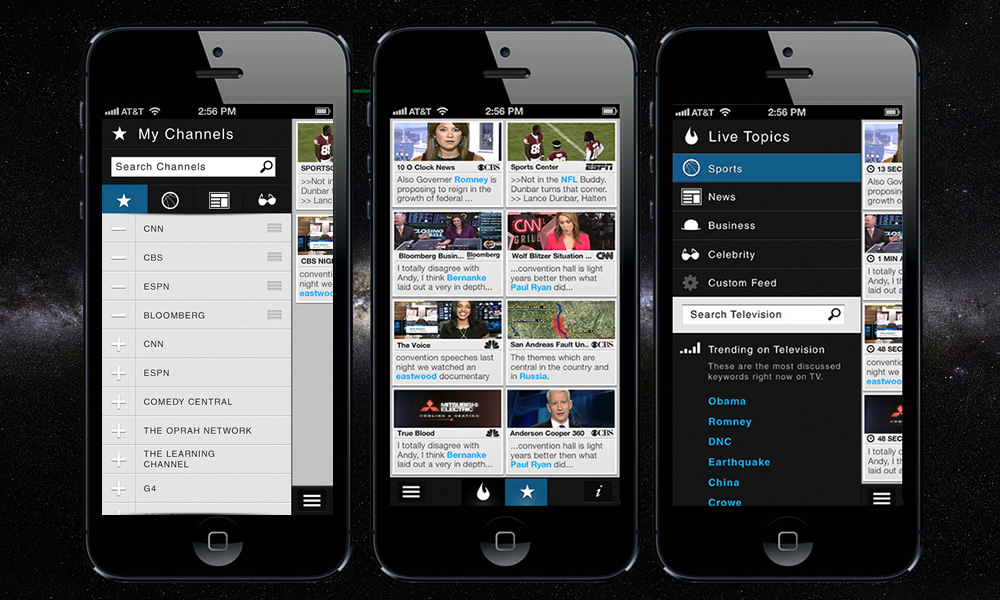 Front and center, the app has live thumbnails for seeing what’s on various channels. You can still refine the types of content you’d like to see, or add your favorites, but all of that is hidden in a separate menu. There’s also the ability to see what topics are trending, and jump directly to those channels.

But unlike some other apps, there’s no explicit social controls, no way to really see what your friends are watching. That’s by design, although being a second-screen app for video discovery unfairly gets the Boxfish guys lumped in with some of the more, ahem, social TV apps. “We’re anti- social,” Dowling tells me.

Boxfish ultimately wants to be the way that users not just discover TV, but also the new remote control for their cable boxes. When it launched a few months ago, Boxfish was able to control DirecTV boxes. The new version expands that to also include TiVo DVRs and AT&T boxes. The company plans to add more TV providers over time, and expects to be able to connect to about 60 percent of all boxes by the end of the year.

Boxfish now has 13 employees headquartered in its Palo Alto office. The company raised $3 million in a funding round led by T-Venture, the Venture Capital arm of Deutsche Telekom.