At Windows 8 launch event, Microsoft co-founder and CEO Steve Ballmer took the stage to discuss Windows 8 on desktops, laptops and tablets today. According to Ballmer, who was his own energetic self today, today marks the start of a “new era for Microsoft and our customers.” According to Ballmer, the new slate of Windows PCs that’s coming on the market in the next few weeks will be the “best PCs ever.” Indeed, he called the whole Windows 8 experience “truly magical.” Ballmer says users will “love the experience.”

Unlike Apple, which didn’t say ‘magical’ once in its last announcement, Ballmer decided to use ‘magical’ a few times in his keynote. In addition, he focused on the desktop, which, in his view, is “alive with activity” thanks to the new live tiles on the Start screen. Windows 8, he said, “keeps you connected to all of your stuff. The experience is magical. All of your photos will just appear, all of your documents will be available on SkyDrive. It will all be there. Everything and everybody you care about. 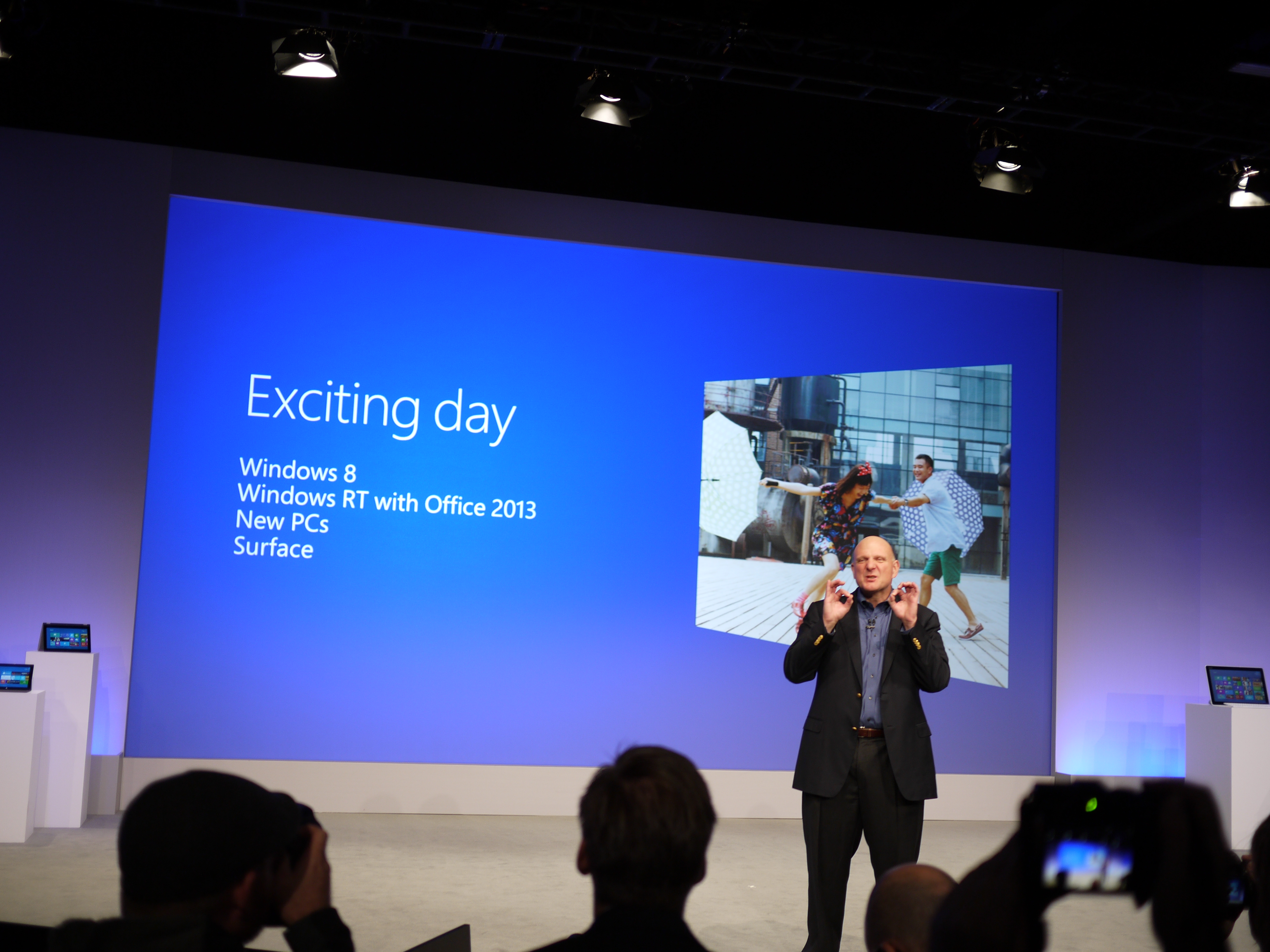 Ballmer also stressed Windows 8’s touch capabilities and the fact that touch and support for ARM-based machines now allow Microsoft’s partners to offer a larger variety of devices. This, said Ballmer, will allow people to “pick and choose their PCs based on what’s important to them.” ”

While Ballmer stressed Windows 8’s entertainment features, he also stressed that enterprises will also find the right Windows devices for them. In addition, he said Yammer, Microsoft Dynamics and other enterprise tools will also come to Windows 8 soon.