I just got back to San Francisco from the 15-year celebration of LIVESTRONG, the Lance Armstrong Foundation. It was an interesting time to be in Austin, as most of the world is still shell-shocked from Armstrong stepping down as the Chairman due to outside pressure from his doping scandal. However, most people had a positive attitude when it comes to the direction that LIVESTRONG is going in, but there’s definitely room for improvement.

Cancer is just one of the diseases that needs better treatment and a cure. While I was in Austin, I thought a lot about my smart friends back in Silicon Valley and all of the hard problems that they’re solving in their daily jobs at startups or companies like Facebook and Google. Those thoughts led me to wonder what would happen if you put all of those brilliant people into a room together to “hack a cure.” I’m talking about all-in stuff here, not a conference or chat “once in a while.” 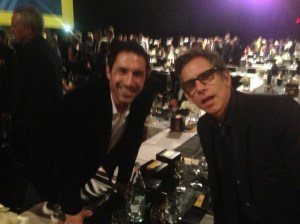 Think about all of the things that Apple has done with hardware and software for the mobile industry in the past five-lus years, I still can’t get over how small the iPhone 5 is compared to the 4S. It really is lighter and thinner, even though it’s “bigger.” If we can solve “problems” like that, which aren’t really problems, I’m sure that we could come up with some unique practices, tactics and technology to beat diseased like Cancer and AIDS into submission.

I know that there are a lot of health care companies out here who are already helping patients access their records, interface with doctors and improve their experience battling a wide range of illnesses. There’s also companies like 23andMe who are mapping our DNA to try and help direct us to preventative health care.

I love it, but we can do more, can’t we? Celebrities are getting involved in charitable causes, and that’s cool. It helps spread more awareness for important things. There’s a place for geeks in this equation.

If the health care industry could ship information as quickly as Facebook ships code on its site, and with the same passion as Zuckerberg’s crew, I think that we could do some real damage when it comes to lengthening our lives and improving health care overall. Why hasn’t it been done yet, though? Health care isn’t a sexy industry. Neither is education, sadly.

“What’s Hot” is Getting Old

When I look at my inbox and see thirty new photo-taking apps, I get really frustrated. Not because people aren’t trying hard, but that we’re stuck on solving the same “problem”, which really wasn’t a problem in the first place, over and over again. Too much time, creativity and money is being spent on buying short domain names, beautiful interfaces and a business model that might help you raise a buck or two. But what comes after that?

Not everyone is going to sell to Facebook. Trust me.

What if the folks who are working really hard on copying things that are already successful forked over to a new set of problems, like the medical industry, health care or education? Sure, it’s not “sexy”, and sure you won’t get 20M users and lots of press coverage, but engineers who are experienced in moving and computing massive amounts of data could actually stumble onto a breakthrough accidentally. That’s how clinicians and doctors find cures and new drugs. Trial and error.

What if Silicon Valley Paired up With Doctors?

That trial and error approach from the medical industry, with creative tactics to solve complex problems from Silicon Valley, is exactly what’s missing in the world right now.

While I was in Austin I spoke to many folks who volunteer at LIVESTRONG and I asked them what we’re lacking in cancer research and support right now. Most of them said “technology.” They don’t mean apps, they mean they need the brains, passion and manpower of the best place to kick thing’s ass in the world. That’s Silicon Valley.

Sure, a lot of folks who have flipped companies have given money to charity, and that’s great. Really, it’s awesome to support a charity you care about, even if its not LIVESTRONG. But what’s more important than money is time. There’s only so much time on this planet to do things, and if you don’t have enough people doing them, you have yourself a time shortage.

That means it’s like that you, the reader, will be affected by some nasty illness or disease at some point in your life. It’s scary to think about, but it doesn’t have to be. We have a real opportunity in this information age to make a difference. 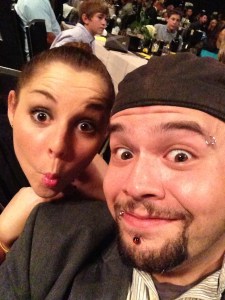 What I’m doing right now is talking, and that’s not going to get anything done. What it can get done though is spark the minds of those really smart people that I mentioned at the top of this piece. Maybe someone who has a few spare cycles on the weekend or nights can look at some of the latest clinical trials, maybe reach out to a Doctor or lab, and get involved.

Maybe the whole health care industry needs to wise up and reach out to the Valley too. Maybe they should open their doors to smart people in flip-flops more often. Hold a hackathon for good, and not worry about being out-smarted by someone who doesn’t have the degree, experience or credentials that they have.

See, to do really amazing things, sometimes you need to suck it up and just do it.

I honestly believe that a cure for cancer will be assisted largely in part by a new breed of technologist, one who doesn’t care about the glitz and glamor of being a “Silicon Valley Rock Star”, but one that truly wants to change the world.

Let’s do something. Geeks, meet Doctors. Doctors, meet Geeks. Go have babies named “Cure.” It ain’t sexy, but it could save our lives.

(Just in case you’re wondering what action I’m going to take, I am working with LIVESTRONG to bridge the gap between Austin and Silicon Valley. In fact, I’ll be pitching some big companies on doing a few meetups and hackathons in the coming future. I need some help though.)