It’s been a good year so far for venture capital investment in education, as both the total number of deals and total capital flowing into the space are expected to hit new highs. Yet, even so, those big financing rounds that have become the staple for consumer and mobile companies ($20+ million) tend to be more unusual in edtech. Edmodo, Desire2Learn, Echo360, SoFi, 2tor and Minerva are among this year’s big fundraisers, but, again, the list is relatively short.

Part of the reason for this is that, while education is becoming increasingly attractive to investors, there’s still a lot of uncertainty in the space and companies with viable business models, revenue growth and substantial user bases remain in the minority. Investors are still testing the waters with smaller commitments. But today, education technology added another big fundraiser to its short-list: Parchment.

For those unfamiliar, Parchment is an education data company, best known for providing high schools and universities with a SaaS platform that allows them to collect, share and digitize education credentials and student records, particularly transcripts. With over 9,000 schools now using Parchment to digitize and exchange student data, the company is announcing today that it has raised $23.5 million in venture funding.

Parchment’s fourth round, which brings its total funding to $35.5 million, was led by global merchant bank The Raine Group, with contributions from previous investors, including GSV Capital, Novak Biddle, ICG Capital Partners and Salmon River Capital. The announcement comes on the heels of The Raine Group leading GOGII’s $18 million round on Tuesday.

Parchment is led by CEO Matthew Pittinsky, who, along with Michael Chasen, co-founded education software giant Blackboard and led the company to an IPO in 2004. (Chasen contributed to Parchment’s $7.5 million round in February.) The Parchment CEO tells us that the round will be used to help the company build on strong recent growth and to allow it to beef up its investments in research and development, which currently at an annual rate of $6 million.

The company will also look to improve the student account experience and begin dedicating more resources to sales and marketing, as Parchment has largely remained under the radar up to this point, even though it’s been around for nearly a decade. 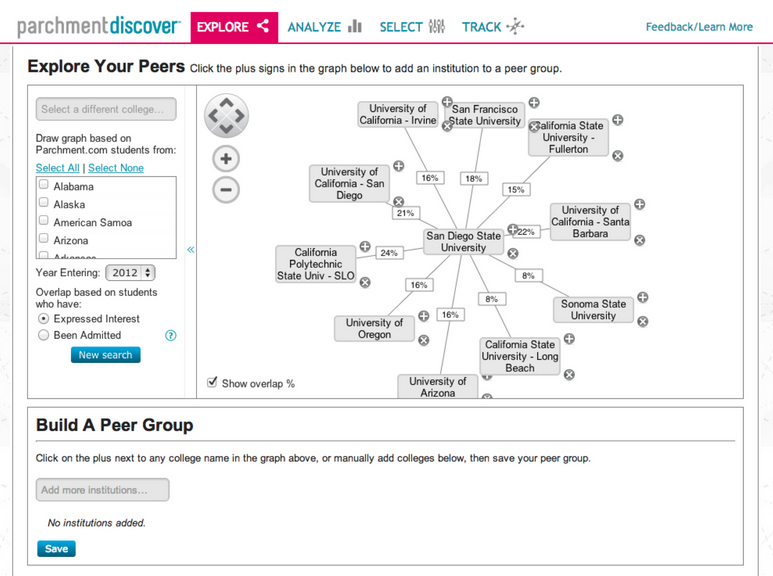 But the real reason behind Parchment’s recent growth (and its $25 million raise) is that high schools and colleges (and their students) it seems are finally ready to shift from paper to electronic transcripts. The number of transcripts being exchanged on Parchment’s network doubled this year, which Pittinsky believes is another indication that the digitization of education credentials is (finally) underway.

The company itself has become one of the largest “eTranscript” providers and now has 115 employees, with 6 million transcripts having been exchanged through its services and more than 30 percent of the secondary school market (high schools) and 1,800 universities and corporations using its technology.

When asked about the market opportunity and future potential of Parchment, Pittinksy said that he thinks the company could be bigger than Blackboard (which had a $1.7 billion exit, by the way). That’s because credentials are essentially the “coin of the realm,” he says, providing critical information on what people know and how well they know it, so becoming the network or platform of record for how credentials are exchanged and verified by academic institutions, corporations, etc. is a big idea.

The fact that Parchment also has a recurring revenue model very well may support this claim, as the company generates revenue in two ways: By a student when they want to send or receive their transcript or by a school or university via subscription to cover a certain volume of transactions. So, writ large, Parchment makes money every time a transcript moves from Point A to Point B, income that the CEO expects to continue growing as institutions transition from paper to digital.

The company also sees potential growth in analytics and workflow tools that require a subscription to access, or a freemium model, meaning that it’s free for institutions to enroll and receive a transcript, but they have to pay to receive the suit of analytics tools.

And to that point, over the past few years, Parchment’s sole focus has been to solve the core infrastructure problem in education of capturing and exchanging credentials electronically. But, going forward, the CEO said that he thinks this opens the door to a while set of services around data analytics, normalizing transcripts (as there are varying standards across institutions and countries) and growing the network.

Colleges and universities have only recently become comfortable with electronic channels as a valuable way to deliver transcripts, because of previous concerns over security and having official “seals” to prove authenticity, and so on. It’s been slow going as institutions become comfortable accepting transcripts from intermediaries (like Parchment) and are just beginning to recognize the value of the data that lives around transcripts and student records.

While many schools still use paper to send and exchange transcripts, the role of credentials in education is changing, as massive online course platforms provide learners with alternatives to spending their life paying for student loans. As the methods for measuring assessing progress and achievement improve, skill-based learning platforms could become an equally viable way to get educated in a particular trade and get hired.

As we earn more and different types of credentials, badges and degrees, we are going to want to be able to share those credentials, analyze them and the data they embody to find the right school or the right employer. Pittinksy thinks that Parchment has a role in that future, even as transcripts diversify and change, as employers will still want to verify credentials. Plus, if it’s able to maintain its lead as the largest database for credentialing and transcripts, employers and institutions won’t be able to ignore it.