CloudOn, the popular free productivity app that lets its users read and edit Microsoft Office files on their tablets, is launching version 2.5 of its apps for iOS and Android today. CloudOn is adding support for non-Latin characters to its app with this release, which means that the company can now offer its service globally. In addition, CloudOn is launching a number of new features to the app, including annotations, an improved touch-friendly ribbon menu and the first version of the CloudOn FileSpace.

The FileSpace, as CloudOn CEO and co-founder Milind Gadekar told me earlier this week, puts the company on a path to go beyond just being a Microsoft Office replacement for tablets and toward becoming a more complete productivity solution. Currently, the FileSpace allows users to comment on files and track notifications and edits. Over time, though, the company plans to make this the place to highlight more document metadata to provide context around these documents. CloudOn also plans to add more group features to the service in the future and those will likely be highlighted in the FileSpace. For the time being, this feature is only available on iOS, but should come to Android soon. 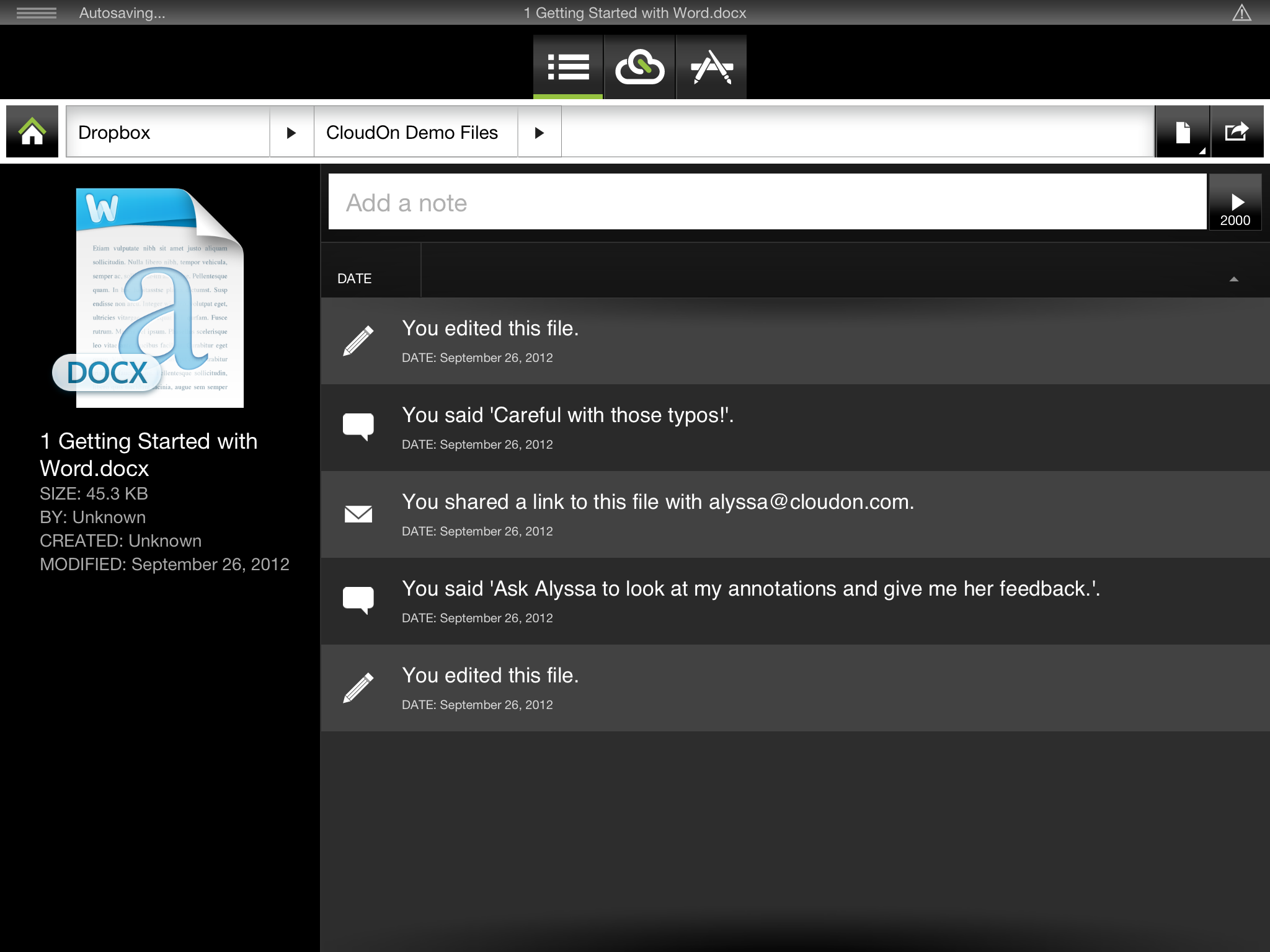 Gadekar also noted that the new annotations feature falls into the same category of tools that are meant to take CloudOn beyond Office and basic editing tools. For the time being, this feature remains pretty basic (circle a part of the document and add some text), but the company plans to add voice and video annotations soon.

To celebrate today’s release, CloudOn also shared some data about its user base with us. The apps, says Gadekar, have been downloaded over two million times and the service now has more than a million active monthly users. Unsurprisingly, the majority of these are iPad users (95%) (which also explains CloudOn’s strategy to release features for iOS first). These users, the company says, spend an average of 40 minutes per month with the app and mostly work on Word documents (47%) and Excel files (25%). Only 11% use the app to view and edit PowerPoint presentations. 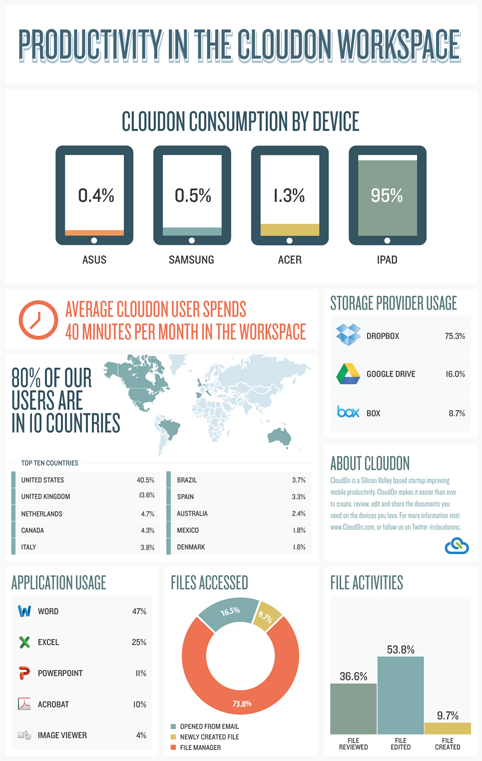