Deltek was founded in 1983 and established a name for itself in enterprise resource planning (ERP) software. But Kona is the result of a skunkworks program that Scott DeFusco, VP of product strategy and management, says was meant to scratch his own itch.

The project started over two years ago when Deltek acquired a company and DeFusco was part of an acquisition team. He was frustrated by the collaboration process, which mostly involved sending e-mails and attachments. But most of all he was frustrated by the lack of engagement. He saw how engaging sites like Facebook and Twitter were and wondered if there was a way to make enterprise software so engaging. There have been enterprise social software companies at least since Socialtext was founded in 2002, but what DeFusco really wanted was something focused on projects and tasks — a project management tool for people actually doing the projects, not professional project managers.

But once the skunkworks team had an initial test version was done they stated showing to potential customers and hit upon what became the next big idea behind the product. “No matter how deep the work focus, people always brought up these stories about how hard it its to get work done with people outside of work,” Deltek VP of SaaS Pete Mann says. “People would say, ‘I could use this for my church group’ or ‘I could use this for the soccer team I coach.'”

That led the team to focus on making it easy to use Kona to manage both personal task and work tasks. The way it does this is by separating tasks into different “workspaces.” When you create a workspace in Kona you have to specify whether it’s a personal workspace or if it’s attached to a company account. Enterprises can manage these accounts with Active Directory and other access control systems, but what’s created in personal accounts is an employee’s to keep.

Still, I can’t help but wonder though whether the Kona team has been agile enough. Just about everything about it reminds me Asana, which also lets people comment on projects and tasks and create workspaces for different aspects of their lives. And as I’ve written before, the social task management market has been heating up over the past 18 months. Asana, Do.com and Deltek are far from the only players.

But Deltek already has an established customer base and of course Kona is being integrated with its existing ERP products. It’s also being integrated with Google Docs, which is what people tend to use for collaboration outside of work. And enterprise users will be able to use Kona’s access control tools to manage Google Docs permissions, which opens up new possibilities as well.

One other major feature is the calendar system, which aggregates both person and work related calendars. “We’re not tying to replace Outlook calendar,” Mann says. “We’re trying to complement it.”

In addition to the web app Deltek has built Android and iOS versions as well. 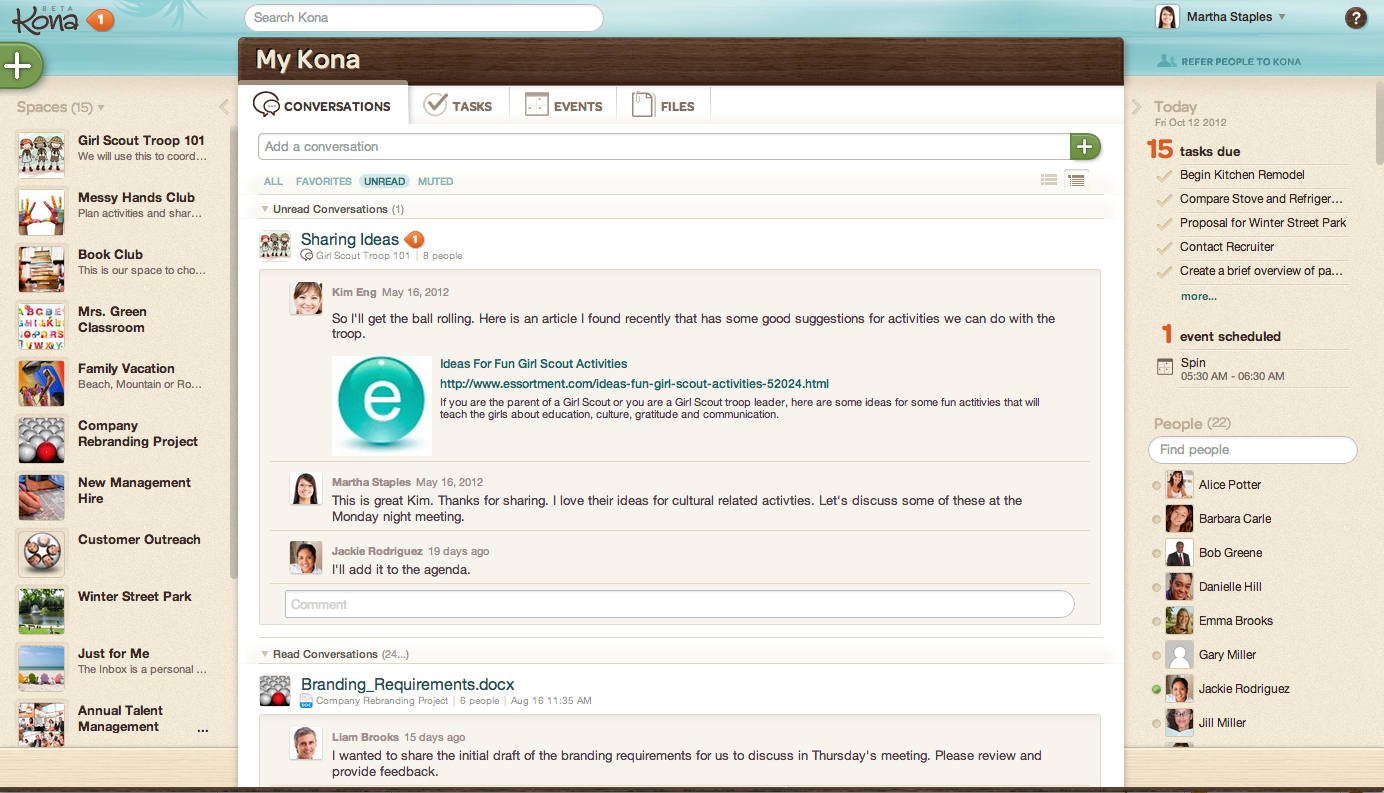 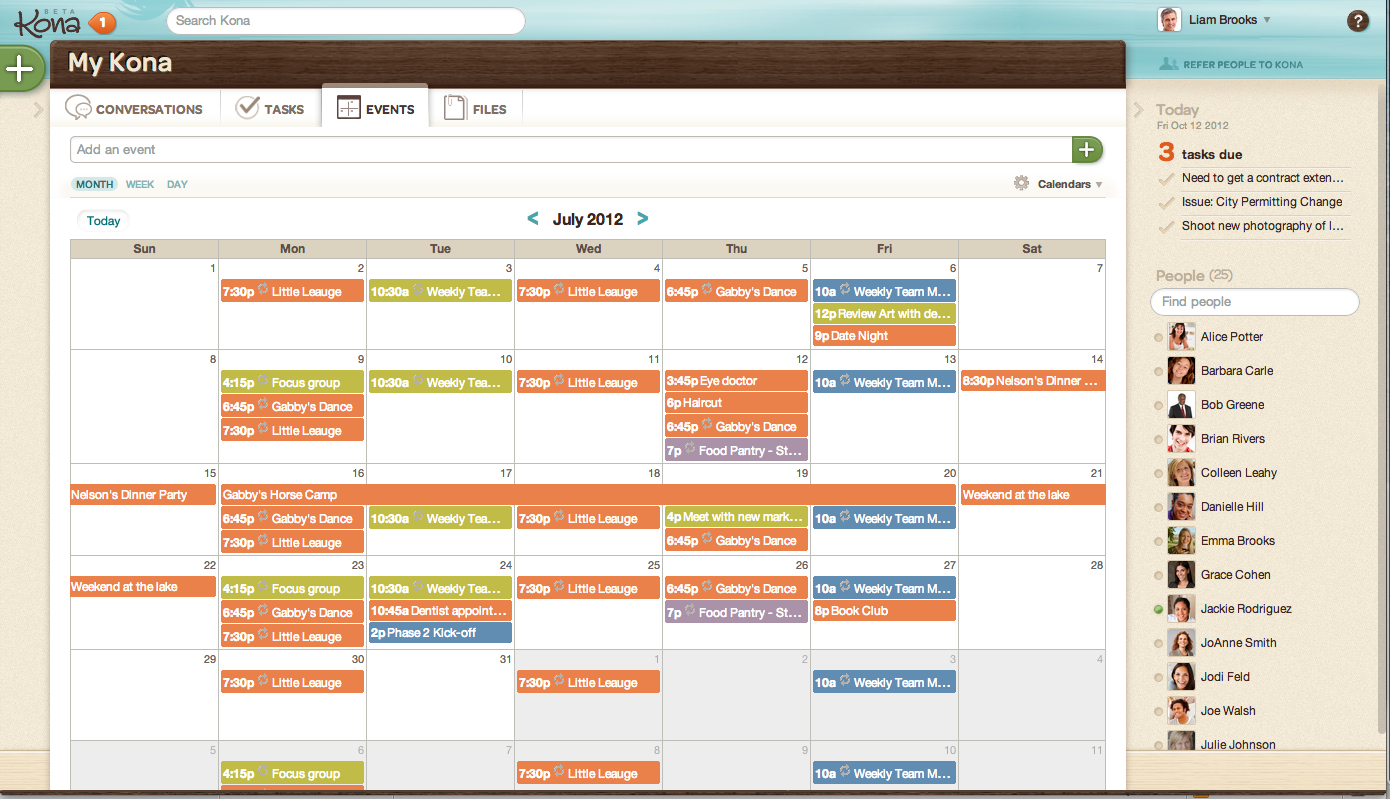