In August, Twitter acquired the small A/B testing service and development framework Clutch.io and announced that it would shut the service down on November 1st. Clutch, which Twitter describes as “an easy-to-integrate library for native iOS applications designed to help you develop faster, deploy instantly and run A/B tests,” will live on, however. The company today announced that it is open-sourcing the code on GitHub.

The code is available under the relatively permissive Apache License 2.0. Clutch.io, it is worth noting, consists of two projects: the native A/B testing service for iOS and Android, as well as a toolkit for developing hybrid native/HTML apps for iOS. The testing service allows developers to run A/B experiments on their native iOS and Android apps and Clutch.io offers SDKs for both operating systems that should make integrating this service relatively easy. 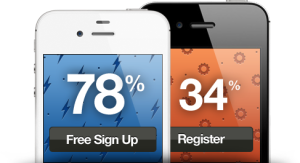 According to Chris Aniszczyk, Twitter’s Manager of Open Source, the company plans to continue to support the project. “Releasing this code as an open source project is just the beginning. There are still plenty of areas for improvement from better documentation to an easier setup process. Now that the project is publicly available, we look forward to seeing a community blossom and grow the project into something greater,” he wrote in the announcement today.

Clutch.io was founded by Eric Maguire and Eric Florenzano, who previously launched the Y Combinator-backed real-time chat web application Convore. Convore currently lives on as the hosted IRC service Grove, though both Maguire and Florenzano now work at Twitter.