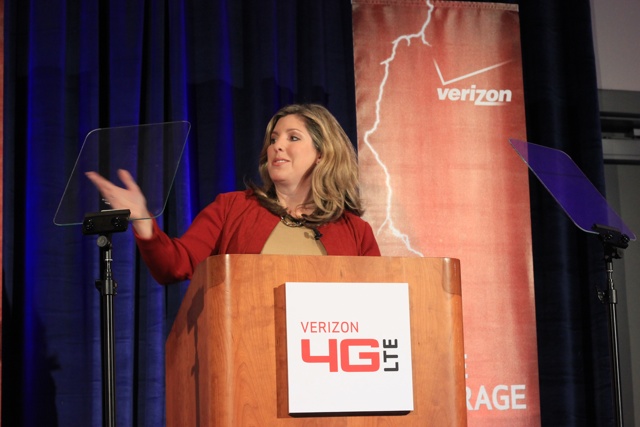 It’s been less than two years since Verizon first lit up its 4G LTE network, and there’s little question that it’s been growing at a quick clip. To wit, Verizon Wireless CTO Nicola Palmer at MobileCON in San Diego announced the carrier will light up its 400th LTE market (Marquette, Michigan) on October 18, well ahead of the “end of the year” timeframe the carrier previously forecasted.

To put that in perspective, it took Verizon Wireless about eight years to fully flesh out its 3G footprint. Now that Verizon has a stronger grasp on how the process works, the carrier aims to blanket the entirety of its 3G footprint in LTE by the end of 2013.

Of course, the network’s speedy growth wasn’t without its share of hiccups — VZW customers may recall that a string of nationwide LTE outages toward the end of last year made holiday gadget buying and network usage problematic. Still, those periods of network spottiness didn’t seem to affect LTE device adoption too severely, seeing as how roughly 11 million of Verizon’s 89 million wireless subscribers have access to the high-speed data network.

Palmer also said that a full 35 percent of the carrier’s wireless data traffic was sent over its 4G LTE network, but that should change sooner rather than later. She also mentioned that “it wouldn’t be long” before a majority of that data would be transmitted over LTE. To that end, Palmer also pointed to a handful of new LTE markets that will be brought online in the coming weeks, pushing the total count to 417 live LTE areas. Here’s the full list in case you’re still crossing your fingers for some high-speed data: